Spokane County crews have about 5,000 lane miles to plow. During continuous snow, maintaining arterials is the priority, according to a county spokesperson. 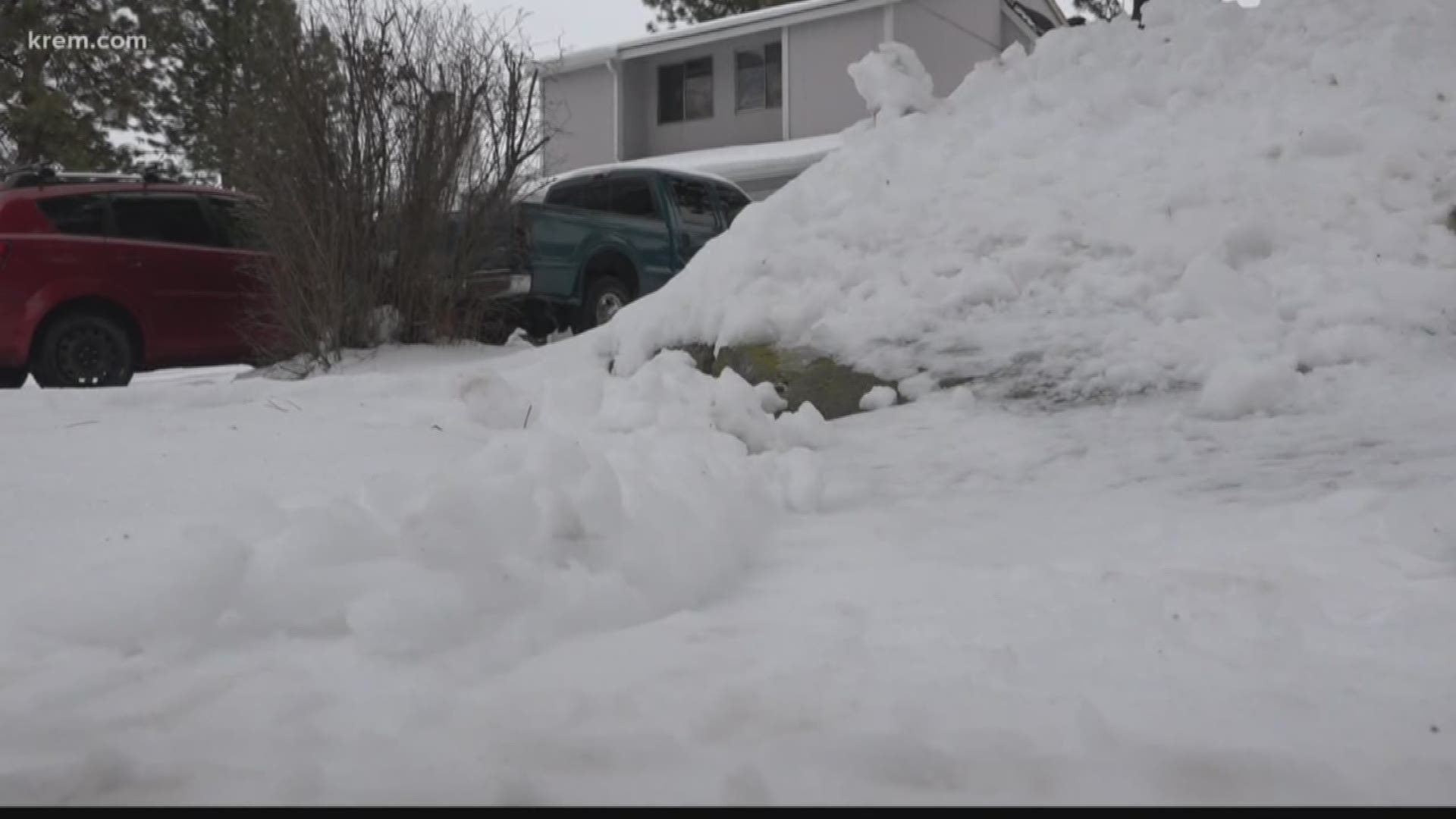 Linda Long told KREM  she wasn’t able to leave her house after days of continuous snow fell in the area.

“We’re housebound. I have my 90-year-old mother-in-law I take care of, so God forbid if something were to happen,” she said.

Long said her neighbor, Matt Jessup, helped clear several driveways and paid for a private company to plow parts of the street.

“We mostly have to rely either on the snow melting, or we just do it ourselves,” Jessup said. “We’ll have to go around and just keep the roads as clean as we can before additional snowfalls.”

She said Long and Jessup’s neighborhood is near an open cliff, so crews have to deal with drifting snow before they can address the residential roads.

She said depending on how much snow falls in a couple days, crews should be out plowing the neighborhood by Saturday.

RELATED: Another round of snow in Spokane, Winter Storm Warning in northern Washington

RELATED: Snow totals well above average for January, and season, so far in Spokane