One of the world's longest imprisoned journalists is now home with his family in Spokane.

Muhammad Bekjanov was jailed in Uzbekistan back in 1999 and was only just recently granted freedom. The 18 years that followed were filled with torture for Muhammad and heartache for his family here in Spokane.

"Honestly we thought this day would never come," his daughter, Natalie, said.

Secret Uzbekistan police abducted Muhammad, ripping him from the lives of his wife and three young daughters. His crime? Various fabricated charges rooted in the fact Muhammad worked for a pro-democracy newspaper.

"We definitely were writing about democratic reforms of democratic principles. About corruption in the government," Muhammad said,

The Uzbekistan President at the time, Islam Karimov, was known as a man who tolerated no dissent and silenced the independent news media. As such, Muhammad said he was working for the newspaper called "Erk" which means freedom, ultimately losing his.

"There is one prison in particular. It's the worst and it's world famous for its horrors," he said.

Muhammad was tortured into confessions through beatings, electrocutions and more.

While Muhammad struggled to remember, his family wanted to make sure he knew they would never forget. His wife, Nina, was the only family member allowed rare visits.

The Bekjanov family before Muhammad was imprisoned in Uzbekistan.

"I started going to Uzbekistan to visit my husband yearly. Just to give him some hope. Just to show him people still care for him that we're there for him," she said.

His family lived in fear, too. They were granted political asylum and moved to Spokane 18 years ago.

"We really loved it. We loved the people first and foremost," Natalie said.

"So, I was 11. I'm 30 now so I just remember growing up without a father," his other daughter, Kamila said.

As the years wore on, the government kept adding years to Muhammad's prison sentence for unspecified reasons.

"He was supposed to be released at least three times and it never happened," Natalie said.

The family started to wonder if the sentence he was serving could actually be paid with anything less than his life.

"He was so skinny. He was just so malnourished. He looked like a prisoner from Hitler or concentration camps in Germany. And he was incredibly hungry. You could tell they were starving him," Nina explained.

"It's very difficult because it's not the first time. Every time somebody is asking about it it's just very hard. I mean it's difficult to hear about somebody else who you don't know going through things like that but if it's your beloved father it's incredibly difficult," Natalie said.

On both sides of the prison walls, the Bekjanov family was losing hope. Until, the day they learned Uzbekistan President Islam Karimov died.

"I definitely don't think I would be alive until this day if the President Karimov was still in power because I'm sure they would add another five years and I'd probably be dead by now," Muhammad explained.

This time on the last day of his sentence, one of the world's longest imprisoned journalists walked free. On a recent July day, he boarded a plane to Washington state, flying right into the arms of his family. 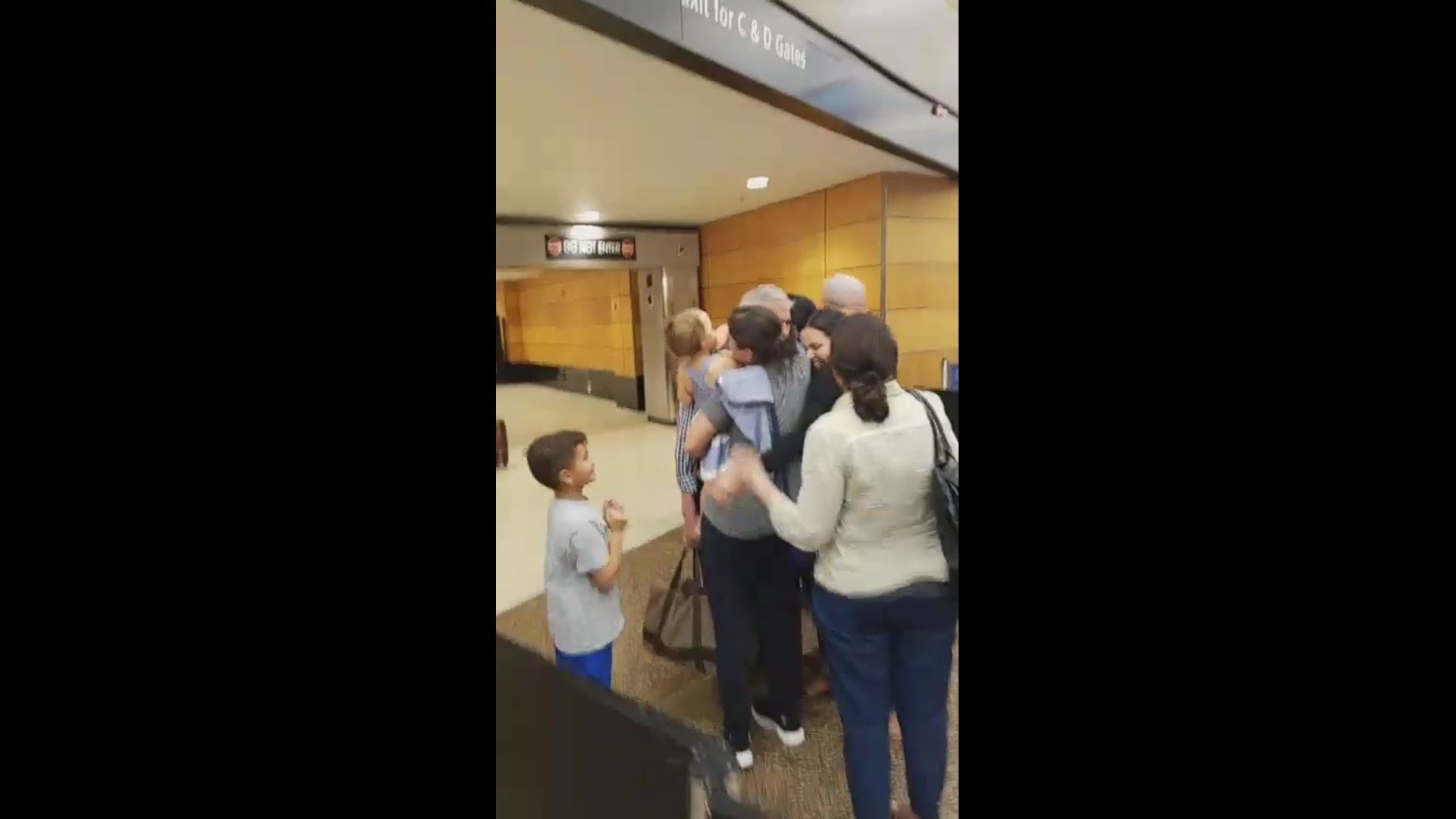 "It's surreal. It really is because after so many years and you have all of these hopes and you think this is going to go this way and being disappointed so many times and then this moment finally comes. It's hard to believe," Natalie said.

Muhammad does not speak much of the emotional wounds he carries, but there are certainly physical ones.

"For example, I cannot hear. I'm almost deaf in the right ear," he said.

"There was a speech problem because he lost all of his teeth because of the torture he went through. He had broken arms and broken legs that were not treated," Natalie explained.

It is not those horrors that fill his mind when he finally feels the weight of his granddaughter in his arms for the first time. It is the joy of family and picking a fresh peach in the open air. The taste of ice cream on a warm summer day and knowing this day is his to do with whatever he should please.

Muhammad had to spend the last year in Uzbekistan on monitored release, but his daughters still were not allowed to visit. He spent that time writing a first volume of his book called, "On the Other Side of Fear." He tried writing in prison, but he was not allowed to have pens or pencils until 2008 and once he did, any paper he wrote on was confiscated and he would be punished. As for his daughters, who are now grown, they all live in Spokane. One is a nurse, another is studying to be a nurse and the third works as a translator in the medical field.