Records from an online database indicate that the homeowner only has his student pilot’s license as of April 2019. 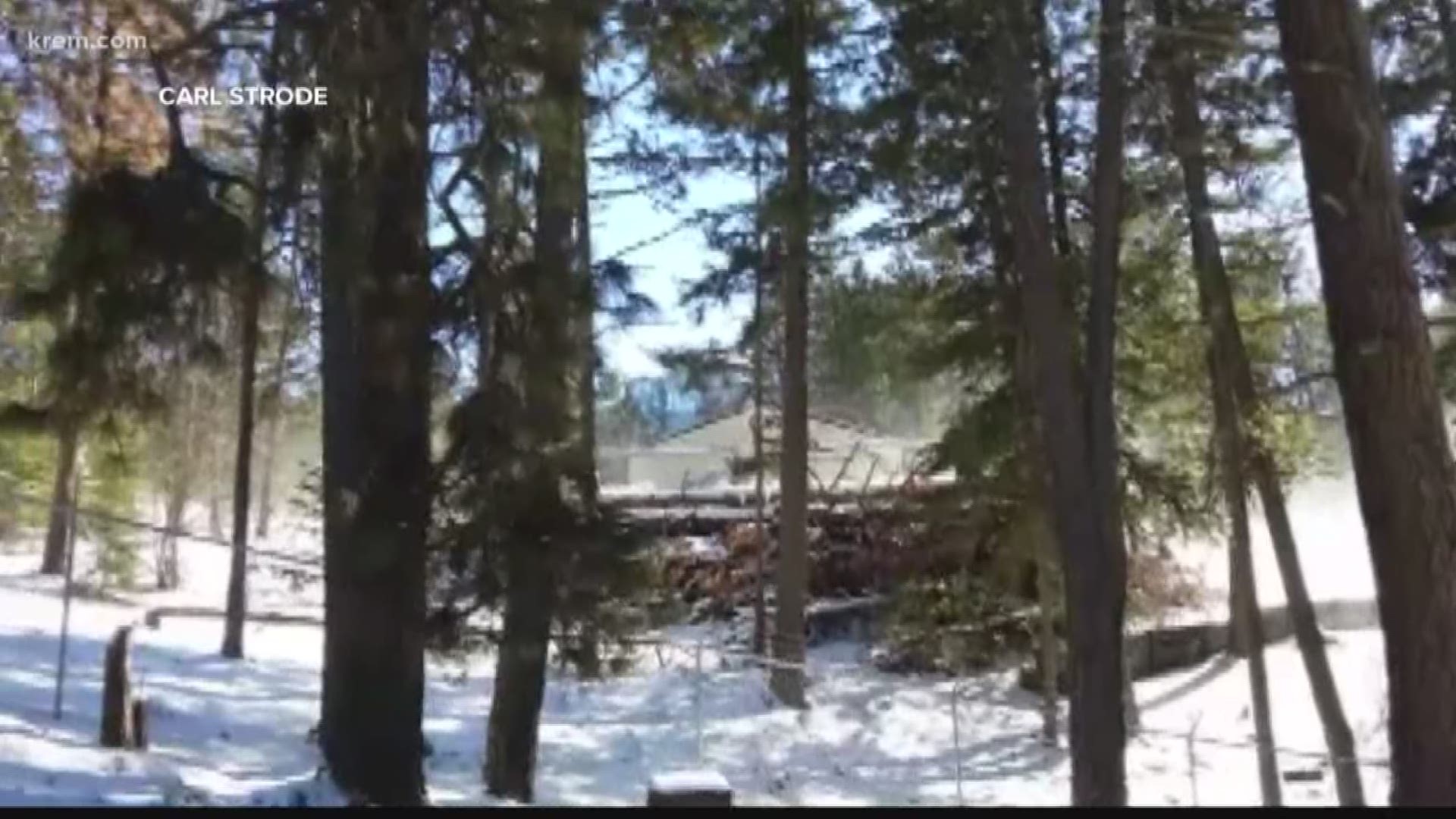 SPOKANE VALLEY, Wash. — Spokane County commissioners are preparing to file a lawsuit against a homeowner who has used his backyard as a helicopter take-off and landing spot for nearly two years.

The Board of County Commissioners approved a resolution on Feb. 11 that authorizes the filing of a lawsuit against Charbonneau. It says that “an active heliport within a Low-Density Residential Zone presents a significant risk to lives and property with those located within the community.”

Records from an online database indicate that Charbonneau only has his student pilot’s license as of April 2019. Two helicopters captured in photos below are listed under Charbonneau’s name in online records.

A letter from Spokane County Deputy Prosecuting Attorney Christian Anderson dated Oct. 1, 2019 says Charbonneau told a county employee that he intended to use his property as a place to land and take off via helicopter.

The letter says that the helipad creates a “substantial risk of harm to the safety and wellbeing of your neighbors,” adding that the county would take legal action against the homeowner if he continued to use his property as a heliport.

Neighbor Carl Strode told KREM on Monday that the helicopter landed at Charbonneau’s home less than three weeks after he received a second letter from Anderson.

Strode also captured video from his backyard of a helicopter taking off from the helipad.

“When he first mentioned that he was getting ready to build a heliport to fly helicopters out of our neighborhood, we asked him, ‘Is that legal here?’ He said, ‘Of course it is,’” Strode said.

The letter from Anderson is not the first time that Charbonneau has received pushback over the use of his helipad.

A notice from the Federal Aviation Administration dated Oct. 19, 2018 identified Charbonneau’s use of the helipad as “objectionable.”

The FAA said in the notice that its aeronautical study determined the proposed private use of the helipad would have a “substantial adverse effect on the safe and efficient use of navigable airspace,” and safety of people and property in the area.

Reasons for the decision that the helipad be deemed “objectionable” are outlined in the FAA notice. It says fire protections and wind indicators were not present, and adds that the heliport is in a “congested residential neighborhood” with hillside homes and forested areas.

The FAA also determined that helicopter operations in the area “would still create an undue risk to the operator, or to persons and property on the ground,” even if Charbonneau made all possible modifications to his property for use of the helipad.

KREM's Amanda Roley went to Charbonneau's house on Monday to ask about his helipad and for comment, but he did not come to the door.