Spirit of Boise founder gets key to the city

Scott Spencer launched Boise's most colorful summer tradition back in 1991. 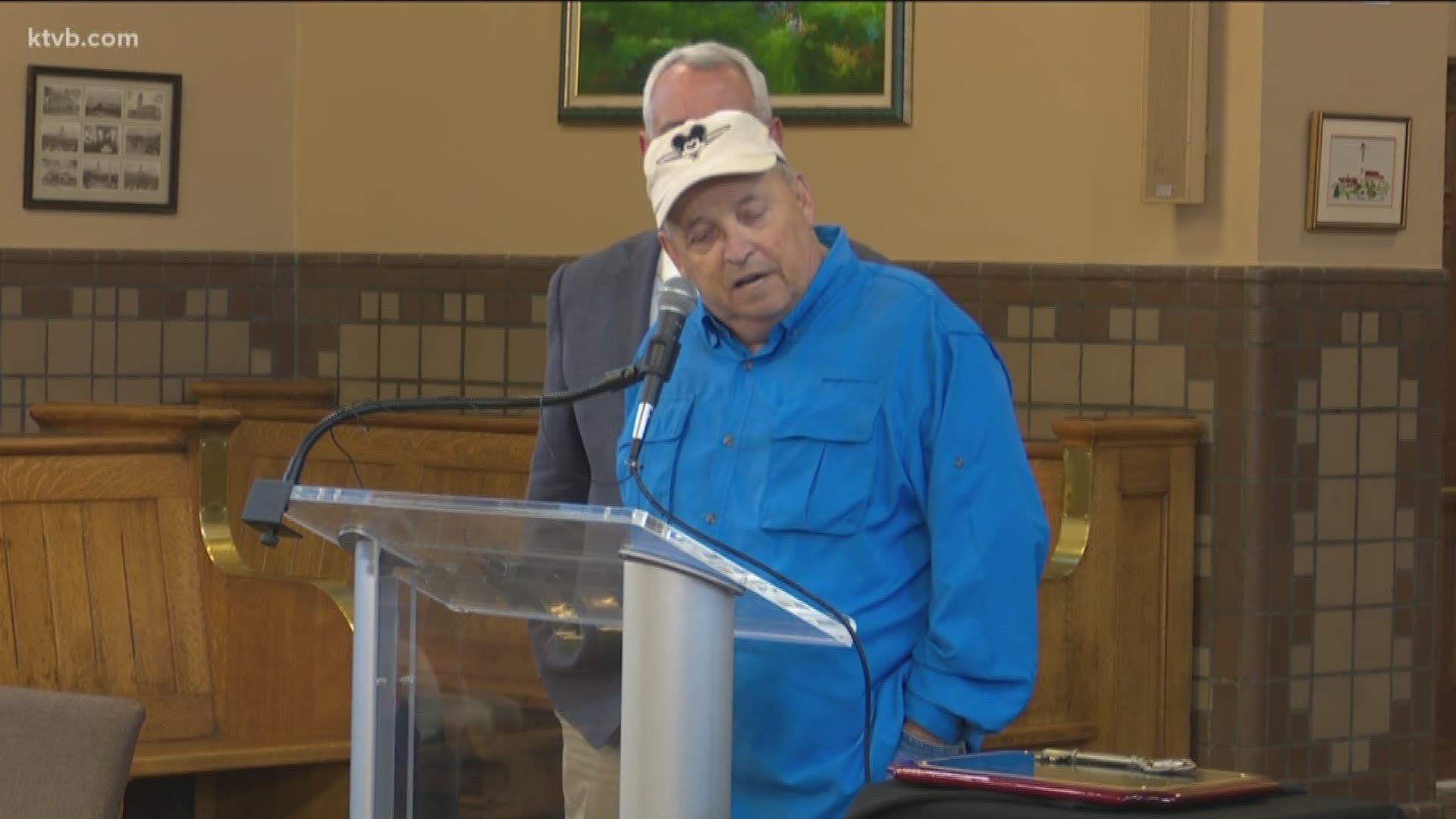 BOISE, Idaho — The man behind Boise's most colorful summer tradition was honored Friday with a key to the city.

Scott Spencer launched the first Spirit of Boise Balloon Classic in 1991 as part of the now-defunct Boise River Festival.

Twenty-eight years later, it has grown into a five-day event that launches more than 40 hot-air balloons each day from Ann Morrision Park to the delight of spectators young and old.

Spencer himself said he was "flabbergasted" by the honor, which came during a surprise announcement by Mayor Dave Bieter at the Boise Depot Friday morning.

"The key to the city, seriously? Sh-- guys," Spencer blurted, to laughter.

The mayor noted that keys to the city are rarely given out, and awarded to only the most deserving residents.

"It is for someone who has done something extraordinary, and that's what we're here to do and recognize today," Bieter said.

1 / 12
ktvb
This year’s Spirit of Boise Balloon Classic kicks off with Kids Day on August 28.

Spencer said that although health issues that come with tremors and problems with his balance keep him grounded these days, he understands why people love the Spirit of Boise so much. He called receiving the key "the honor of a lifetime."

RELATED: Man behind Spirit of Boise Balloon Classic diagnosed with cancer: 'It's just a cruddy deal'

But Spencer was quick to point out that many people, including his wife Laurie, are indispensable in the team effort it takes to put on the festival each year.