Spin to become third e-scooter company to operate in Boise 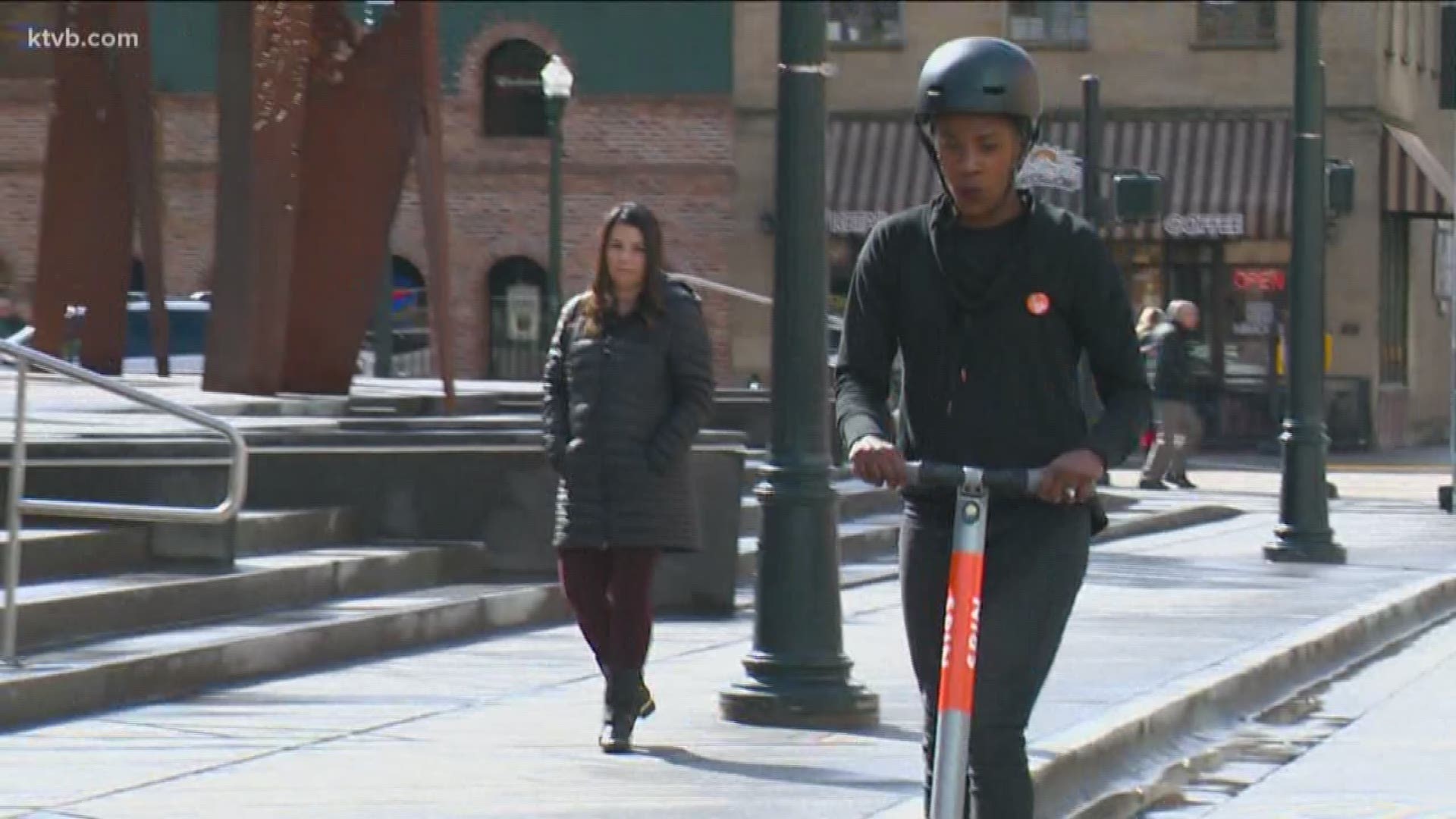 BOISE, Idaho — Electric scooters are on a roll in Boise, and now the city is preparing to welcome another scooter company to the City of Trees.

E-scooters from Spin will soon provide another option for two-wheeled travelers to zip around town, joining dockless shared-transit companies Bird and Lime - whose e-scooters launched in Boise last October.

Spin is a San Francisco-based company operating in dozens of cities - with plans to expand rapidly - and is expected to roll out around 250 scooters in Boise by mid-March. In November 2018, it was announced that the company was acquired by Ford, but is still operating as a standalone business within Ford Smart Mobility.

On Thursday, representatives from Spin held an event at the plaza in front of City Hall to help people learn more about the scooters, including safety tips and how to ride responsibly.

Marketing Coordinator Alysia Montano explained why she thinks adding a third e-scooter company will be successful.

"I think micro-mobility is the way of the future, ultimately it's also about the planet so we want to be able to lower emissions," Montano said. "Honestly, if people can have a better choice besides riding in cars, we want to be a part of that."

RELATED: City of Boise receives complaints over multiple riders on one scooter

Like Lime and Bird, accessing a Spin scooter requires you to download the app. Spin requires new users to add an initial balance of $5 to their accounts, then it costs $1 to unlock the scooter and 15 cents per minute.

As the city gets ready for more e-scooters to arrive, another rapidly growing Treasure Valley city hasn't been so quick to embrace them.

In October 2018, Lime was asked to pull its scooters off the streets after just one weekend because of complaints from some residents, business owners and law enforcement.

This week, however, the Meridian City Council voted to accept proposals from e-scooter companies. Council members opted to put off voting on an ordinance governing the scooters until April, but two companies will eventually be selected to initially deploy up to 350 vehicles in the city.