Speed limit on Interstate 84 in Caldwell lowered to 65 mph

The Idaho Transportation Department is reducing the speed limit on the western side of Caldwell because of increased traffic in the area. 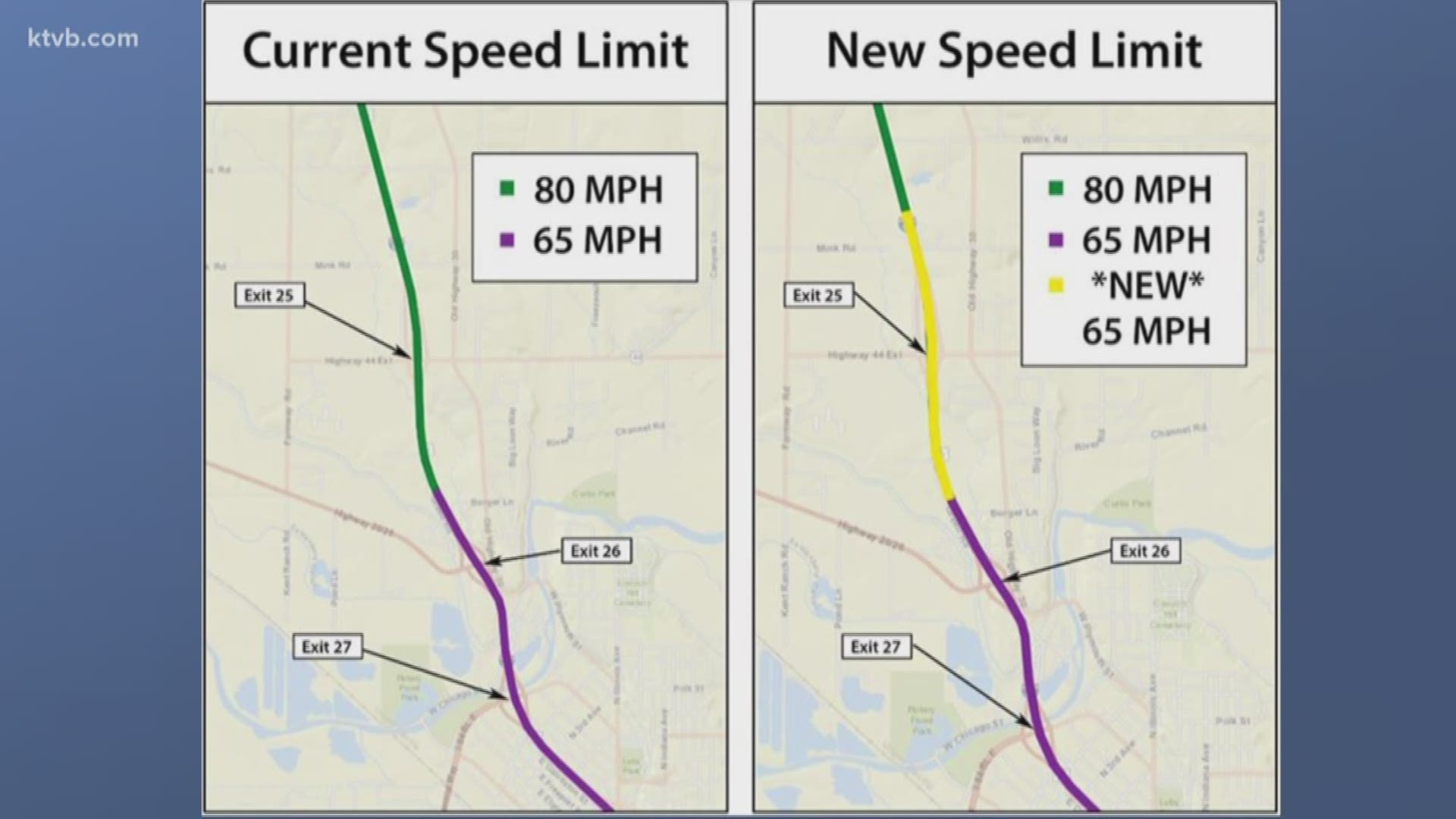 CALDWELL, Idaho — The Idaho Transportation Department is reducing the speed limit on Interstate 84 on the western side of Caldwell to 65 miles per hour.

The change comes following a recent speed study of urban areas in the Treasure Valley.

"We observed significant variations in speeds, with entering traffic speeding up to merge with I-84 traffic, which was slowing for the speed limit change," said ITD Traffic Technical Engineer Erika Bowen. "This resulted in a number of near misses between cars on the interstate and those looking to enter. Given the high demand at the Middleton exit, we believe the change will improve the driving conditions in this area."

Credit: ITD
Here is a map of the changes.

Officials say over the past five years there has been an increase of 5,000 vehicles per day on this section of I-84.  And during the evening commute, traffic is often backed up at the westbound off-ramps at Exit 25, the Middleton exit.

The current speed limit for drivers heading west goes from 65 mph to 80 mph after the Notus/Parma exit.