Some stakeholders have a new vision for Les Bois Park

Future plans for the race track, Turf Club and grounds are up in the air, but the possibilities are endless. 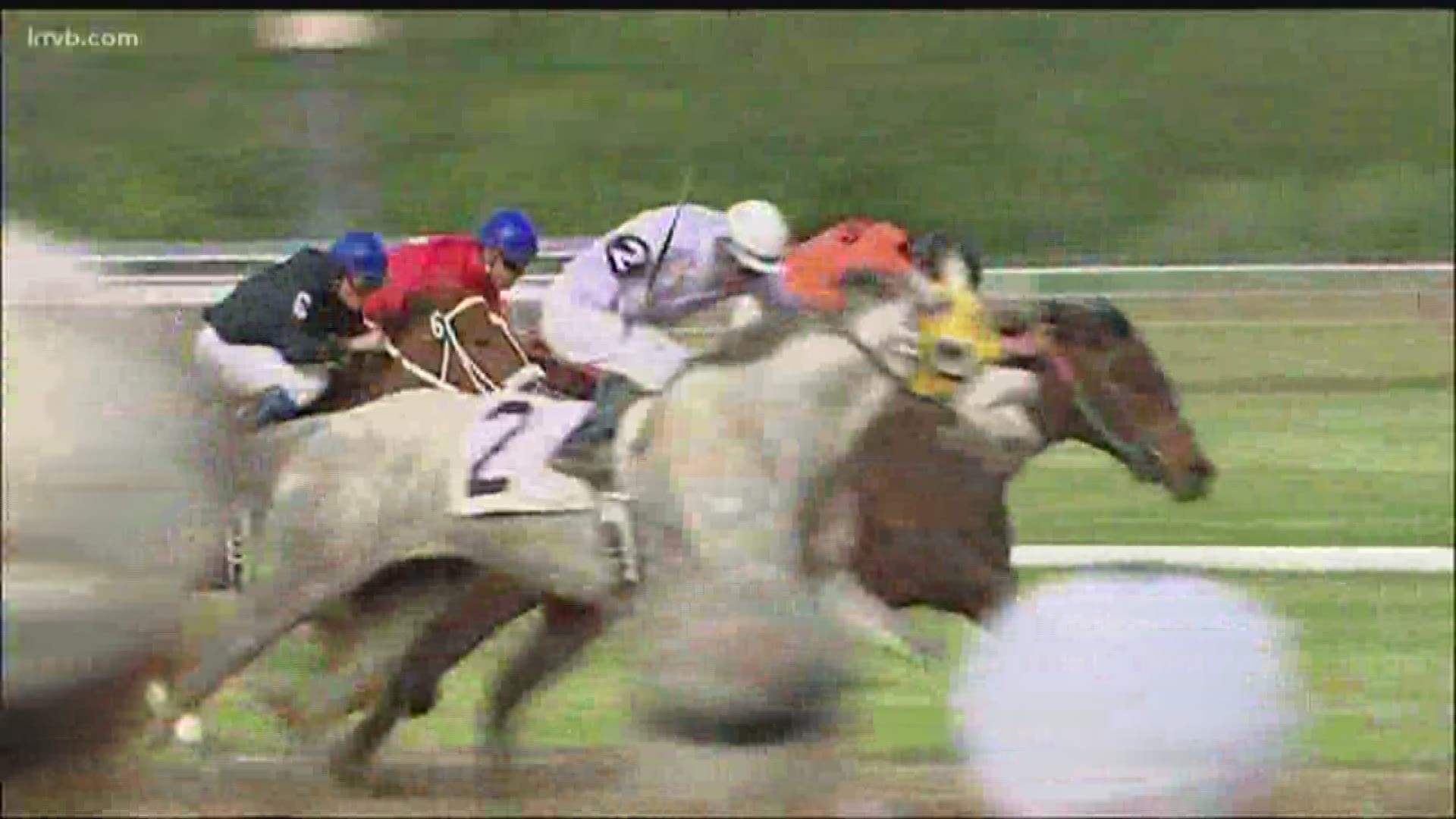 GARDEN CITY — One day after the owners of horse racing at Les Bois Park announced they are pulling out of their lease at the end of the month we are asking: what’s next for the iconic track, Turf Club and grounds?

Those owners were not successful in their bid to save the sport in Proposition 1 on the November ballot and now, without horse racing, the county has to decide what to do with the facility.

Future plans for the race track and Turf Club are up in the air, the possibilities are endless. With two new county commissioners taking over in mid-January, the new board will have the decision-making power.

Les Bois Park was once alive with the sounds of hooves hitting the track and cheers from excited crowds.

“It was a place to spend an afternoon,” Garden City Mayor John Evans said. “It was a real social thing, and that I guess isn't as popular as it used to be.”

“Live horse racing is really a victim of this electronic age we're in. Options for entertainment, gaming have expanded exponentially in the last 10 to 15 years,” Evans said.

“I think it’s sort of a dying industry and if the four or five owners of Treasure Valley Racing couldn't get it done - local people with the wherewithal to do that - I don’t think anybody from outside would come in attempt it,” incoming Ada County Commissioner Kendra Kenyon told KTVB.

A dying industry Treasure Valley Racing tried to keep alive when they leased the 63-acre Les Bois Park from Ada County in 2016. But now they've opted out and will end their four-year lease early at the end of December.

KTVB reached out to Treasure Valley Racing Company on Wednesday to learn whether there is any possibility live racing could ever come back or if this is a done deal. As of Wednesday night, we hadn't heard back.

If Prop 1 passed - legalizing instant racing terminals which help subsidize live racing - this would be a different story. When historic racing machines were operating at the Turf Club, they were lucrative.

“Even though Prop 1 was not voted in, I think there’s a lot of people who really love horse racing and are going to miss that aspect of it. I think for the most part people would have been for that, but the fact it was going to be subsidized with historical gambling machines was just enough to put people over the edge, they didn't vote for it,” Kenyon added.

Mayor Evans has long envisioned something else on the county property: starting with the Les Bois parcel now that the lease has been vacated, and down the road all 240 acres of it. But the decision is the county's and public's to make.

"There’s just a lot of opportunity there,” Evans said. “I’ve always believed there was a higher and better use for that property than its current use. There's real deferred maintenance issues on sections of the fairgrounds property that could be addressed now.”

Because part of the race track property is in the flood zone along the Greenbelt, he says it would be a great place for a park.

“I think looking at the entire site is certainly warranted. It’s been looked at before,” Evans added. “Has to make economic sense in the market, but I see it if it redevelops certainly would be a mixed use.”

Kenyon is now looking forward to collaborating with Garden City and the community on what's next, but certainly doesn't see horse racing in the picture.

“I think it’s really time to step back and take a big picture of what could happen to the [whole] 240-acre parcel, which is probably Ada County’s most valuable yet underutilized asset,” Kenyon said.

Kenyon wants to commission a report looking at best and highest use. She believes the property could turn in to a financial benefit for the county and add jobs. Kenyon says it's large enough to lend itself to multi-use, whether that's affordable housing, mixed-use retail, or recreation.

"Keeping the fairgrounds there, moving fairgrounds, keeping Expo Idaho there, moving it. There's all sorts of possibilities. But there have been environmental clean-up concerns with the old stalls from the horses and I think septic tanks there from the old RV park. So I think there's some environmental issues there we need to address regardless," Kenyon added.

While keeping the fairgrounds and Expo Idaho on the parcel next to Les Bois Park are certainly options, - as all counties in the state are obligated to provide fairgrounds - Mayor Evans says the fair is outgrowing its home.

"In my view, the current Expo Idaho facilities aren't going to be adequate to serve this community as we approach 1 million people in Ada County, so I believe we need to add more area so they can accommodate other things," Evans said. "Access is tough, it's getting tougher and tougher to get in and out during the fair."

Any big decisions lie in the hands of the new board of commissioners, which includes Kenyon, Diana Lachiando, and sitting commissioner Rick Visser.

“I'm here to listen to what the public wants,” Kenyon added.

Mayor Evans feels it’s important to give the newly-elected commissioners an opportunity to get their bearings before any decision is made, and says he’ll be awaiting a discussion with the new commissioners about the best way to proceed with a change of use for Les Bois Park property.