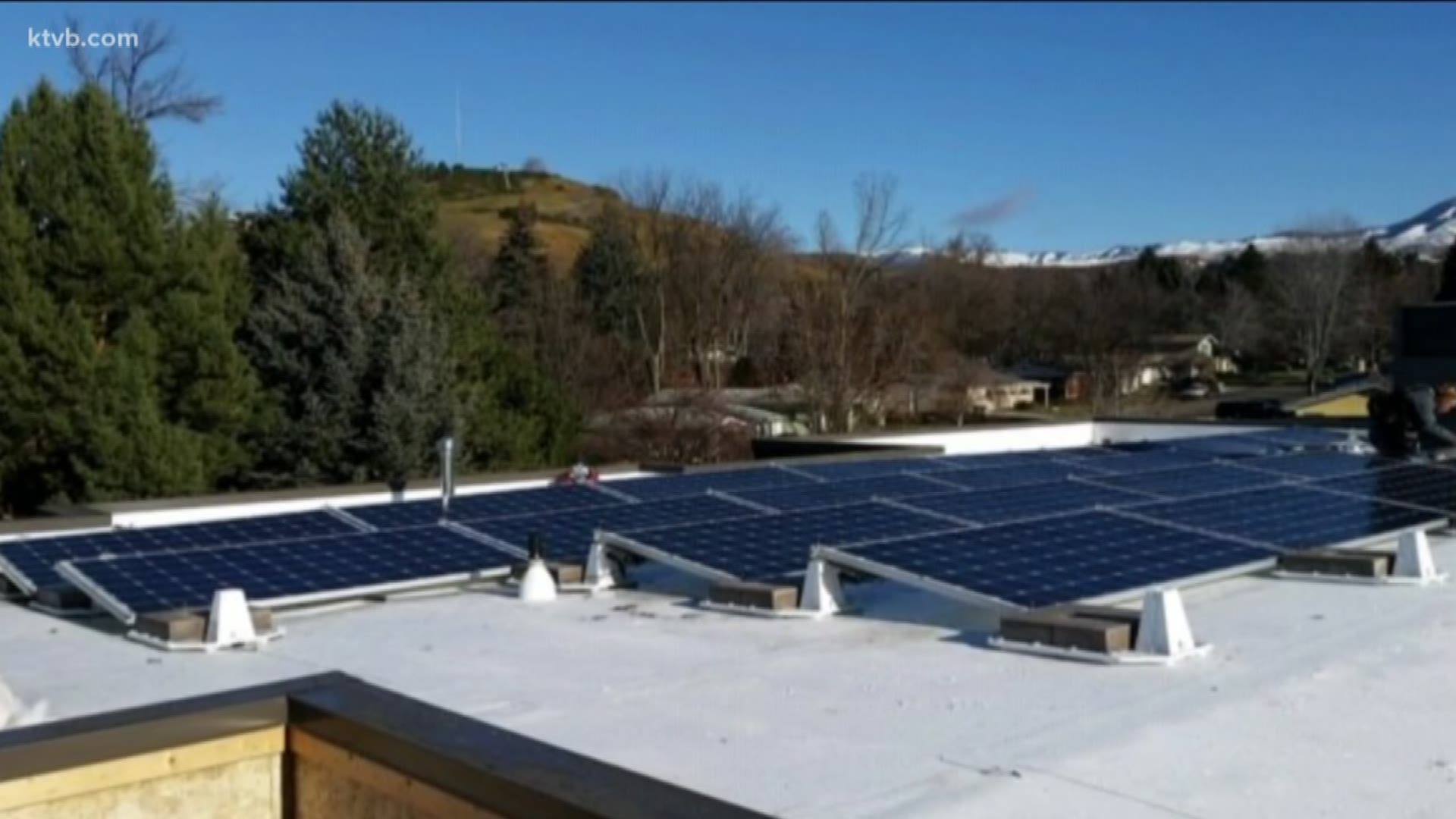 BOISE, Idaho — On Tuesday night, 250 people attended a public hearing at the Idaho Public Utilities Commission to share their thoughts on a proposed settlement agreement that would change the credit structure between Idaho Power and its net meter customers.

In net metering, Idaho Power customers who have solar panels in their homes are given credit for the energy they give back to the grid - energy that's generated from their solar panels.

The proposal, according to Scott Ki with the Idaho Conservation League, would cut the credit customers receive in half over a span of eight years and that would impact more than 4,000 Idaho families and small businesses who have invested in these energy systems,

"When a lot of these existing customers signed on to the existing program they invested thousands of dollars to install things like solar electricity panels on their rooftops," Ki said. "So they thought that their investment would be depreciated over a certain number of years at a rate that they agreed to with Idaho Power at that time.

"Now, with Idaho Power planning to cut that rate in half some folks may lose out on thousands of dollars on their investments," Ki added. "A lot of people are very concerned."

“It will decimate all of the jobs in the solar industry,” Hornback said. “The reason being is it's going to devalue solar to the point where it's no longer economical to invest in solar power."

Idaho Power told KTVB the company understands its customers' need for clean energy, as it has its own 100-percent clean energy goal by 2045, but this settlement agreement is about updating a 20-year-old pricing structure.

“Currently when a customer produces more energy than they consume they are compensated for that excess energy at a rate that's equal to the regular retail rate,” Idaho Power spokesman Jordan Rodriguez said. “What the settlement proposes is scaling that down to a number of years to a value that aligns more closely to the energy itself.”

Idaho Public Utilities commissioners will now deliberate before making a final decision on the settlement agreement. It's unclear when that decision could happen.