"The last time we had it in Boise the economic impact was near $14 million for the week." 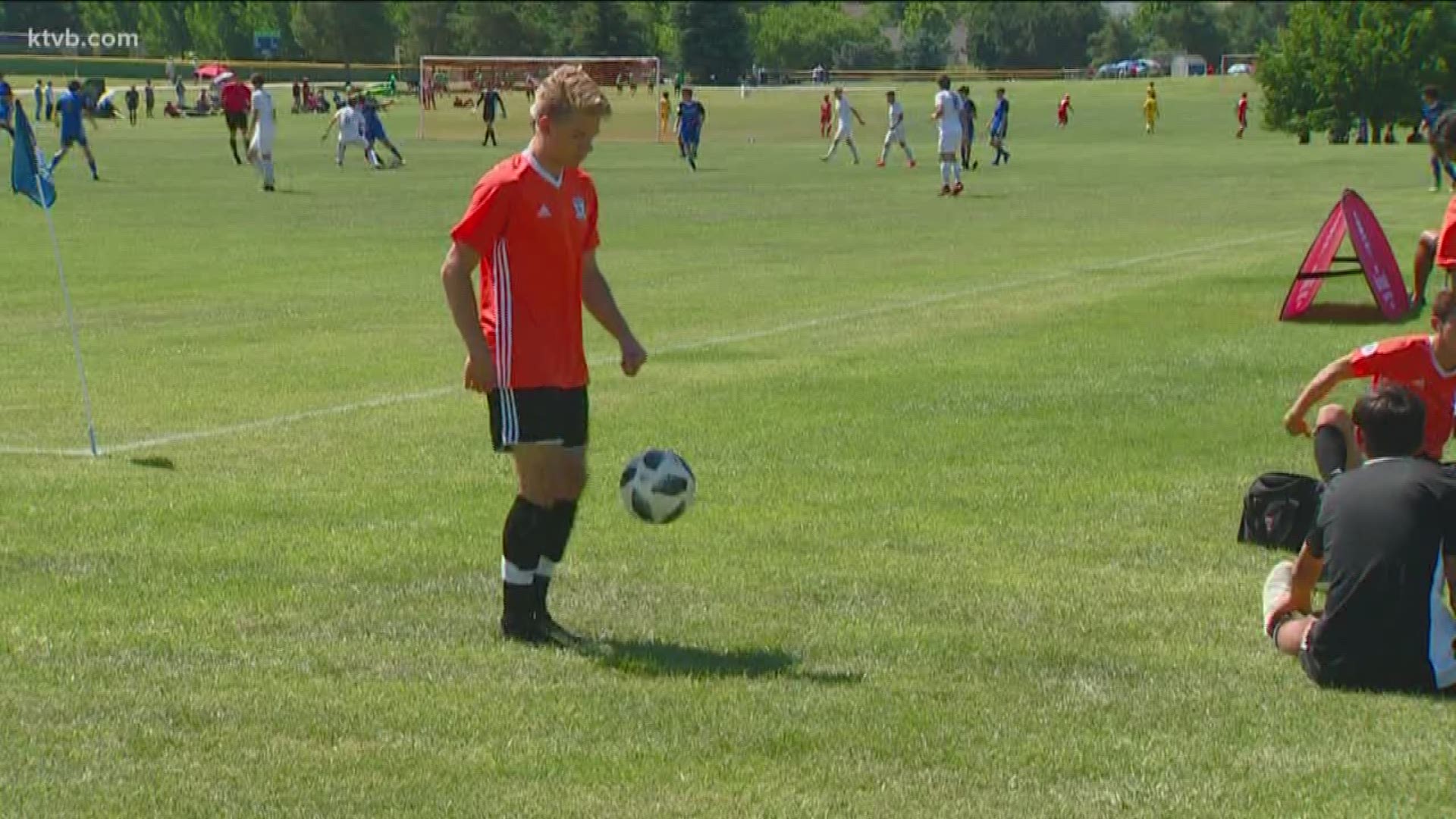 BOISE, Idaho — Restaurants and hotels around Boise are going to be a little more crowded this week.

Thousands of people from out of state are in town to compete in the 2019 U.S. Youth Soccer Far West Regional Championships at the Simplot Sports Complex in Southwest Boise.

"For me, it’s the best week of the year," said Bill Taylor, the president of the Idaho Youth Soccer Association. "It's why you win a state championship, so you can play in this tournament."

From Monday to Sunday, 240 boys and girls youth soccer teams from across the West are battling for the title of regional champs.

"It is a fantastic tournament to be in and it pushes Idaho to be in a higher level of play," Taylor said. "Our kids in the end benefit and it turns into college scholarships for them and the ability to play at a higher level."

This is the third time Boise has been selected to host the massive tournament.

"Our traffic situation isn't bad, they are not having to pay exorbitant prices for parking, the hotels are close, the airport is right here," Taylor said. "I mean, if you are in California and you are trying to do this, if you are five miles away from the complex, it's taking you an hour to get there."

Each year the tournament has been in Boise, it's brought in a lot of cash.

"The last time we had it in Boise the economic impact in Boise was near $14 million for the week," said Taylor.

This year, Carrie Westergard, the executive director for Boise's Convention Center and Visitor Bureau, is expecting the sporting event to be just as profitable as years past.

"From everywhere in Boise to all the way in Nampa, we have about 12,000 people here and that means about 10,000 hotel rooms are taken up during the week," she said.

Westergard estimates the tournament will bring in at least $10 million this week and that many families in town will be back to visit.

Boise has already been selected to host the U.S. Youth Far West Regional again in 2020.