The avalanche happened Wednesday afternoon in the Sawtooth National Forest. 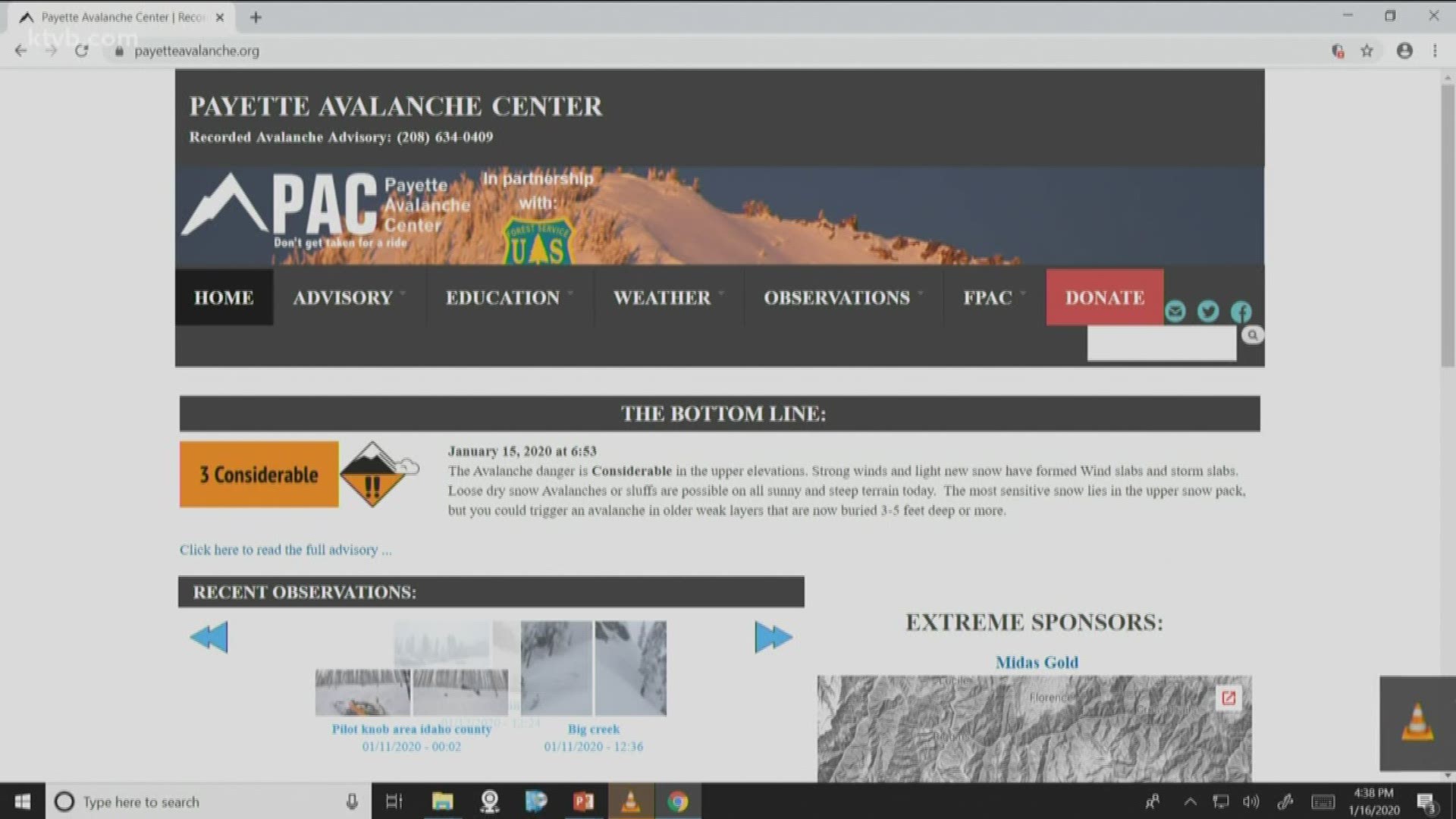 KETCHUM, Idaho — Authorities have identified the snowmobiler who died after getting caught in an avalanche in the Sawtooth National Forest as a 50-year-old Jerome man.

Blaine County Sheriff Steve Harkins said in a Facebook post that Kirk Douglas Rongen was snowmobiling with another person in the Baker Creek area northwest of Ketchum when they were caught in the slide.

Rongen's riding partner was able to locate him through his transponder, but was unable to revive him. Rongen died at the scene.

The Sawtooth Avalanche Center planned to visit the site Thursday, and is investigating the technical aspects of the slide, which happened on a "wind-loaded south/southwestern slope near 9,000 feet," Harkins said.

The center rated avalanche conditions in the area as "considerable" on Wednesday.