Snowmageddon 2017: Looking back at southern Idaho's epic snowy winter on this 4-year anniversary 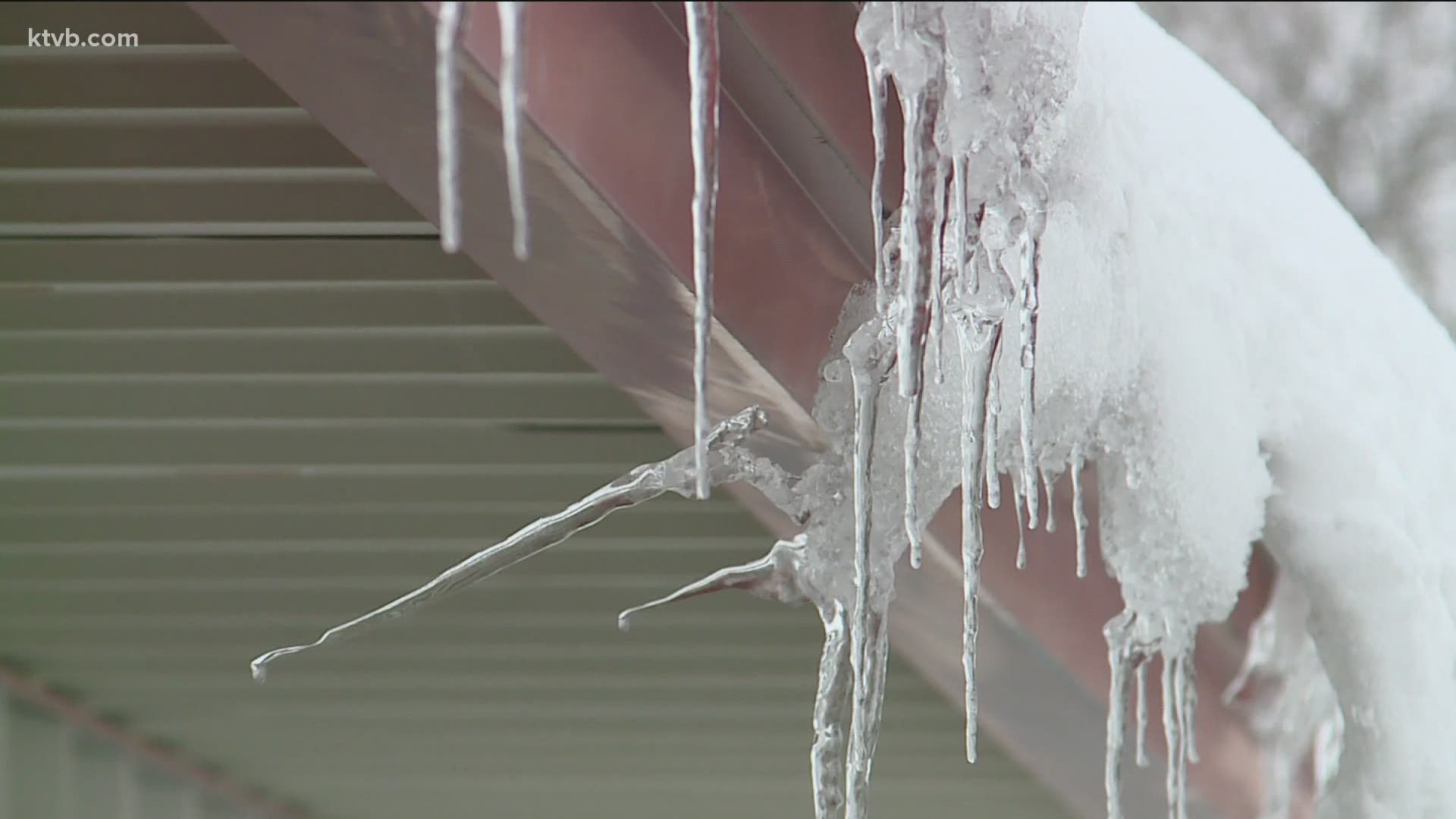 BOISE, Idaho — If you were in the Treasure Valley during winter four years ago, you know this week looked a bit different than it does now.

That period of intense snowfall is now famously known as Snowmageddon.

Upload your photos and videos from Snowmaggedon using 'Near Me' in the KTVB app.

Weather conditions were so intense that the cities of Boise and Meridian declared states of emergency to get the Idaho National Guard in to help remove the snow.

Buildings in Ontario, Oregon, collapsed by the weight of the snow on roofs, and it caused flooding along the Boise River later in the spring.

Everyone has their own story from the record snowfall, and for some the unusual winter also included fond memories.

That intense and memorable winter was not such a bad thing for one Nampa mother and her daughter. Dorothy Davidson shared a photo of her daughter playing in the snow for the first time through Near Me in the KTVB app.

Davidson moved to Nampa from Northern California just before winter 2016, unaware of what the Idaho winter would have in store for her. While she had never experienced snow or winter weather in such a high volume, Davidson was more than welcoming of the snow.

"It was magical, my kids loved it. They loved the snow days. It was a challenge trying to get around that's for sure because they weren't prepared for it," she said. "I was literally trapped in our house for a week and a half because I couldn't get out. It was pretty wild it was, but it was fun and we have to be honest, my kids, it's been a letdown every winter since."

Davidon's neighbors and friends assured her that the 2016-2017 winter was not normal in the Treasure Valley. She and her children, however, fell in love with the snow.

"I actually prefer the snow because I feel like it's warmer. I really dislike the wind, I'm in the Nampa-Caldwell border, and it gets pretty windy over here, and I would prefer the snow over that the wind and the cold any day," Davidson said. "At least it's very peaceful. It's white, it's not gray and dreary and windy. I wouldn't have a problem with this now. I'm actually concerned this year with how dry it's been."

In addition to the photos we received from Davison, we received countless other submissions via Near Me in the KTVB app:

Snowmaggedon 2017: Looking back at the Treasure Valley's snowiest winter