The kids were with their dad on an off-beach trail near Cape Falcon when a sneaker wave swept them out to sea. 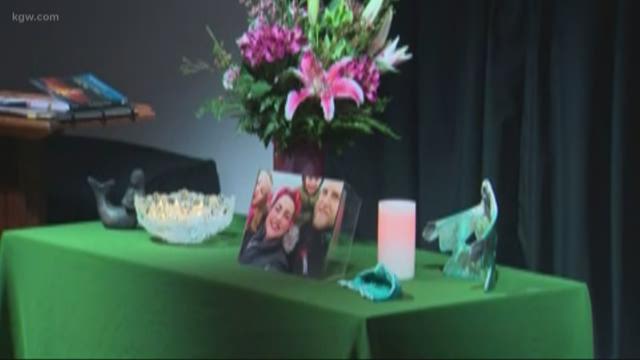 Dozens gathered at a vigil Wednesday night to remember two children swept to sea near Cape Falcon over the weekend.

"The heart is right to cry," Claudia Johnson told the crowd that packed the Hoffman Center For The Arts.

"That's the part that has all of us weak in the knees," she said.

Most people in the room were complete strangers to the kids and their parents, but that does very little to ease their pain over what happened.

"I think everyone in town was touched by this," said Deborah Cipolla. "Everyone seemed to be grieving individually."

They are grieving over what can only be described as a tragic accident.

Jeremy Stiles, of Portland, was with his two kids - Lola, 7, and William, 4 - on an off-beach trail north of Manzanita when a sneaker wave swept them out to sea. Jeremy survived but the kids did not.

"You walk to the ocean everyday," said Cipolla. "I think we're aware of the power living here and this drives the point home."

A woman who describes herself as a co-worker and friend to the kids' mom wanted to drive home another point about the children.

"They were held deeply and frequently, daily, all the time, closely, and they were loved a lot," said Vineeta Lower.

That love is what is helping the coastal community deal with the sudden deaths.

"Perhaps where they (the kids) are now is more familiar to them than being here because they were so young," said Johnson.

Another vigil is scheduled for Thursday at Vestal Elementary School. That is the school Lola Stiles attended.

After the vigil Wednesday night, Jamie Stiles, Jeremy's wife and the children's mother, posted a moving 'thank you' on Facebook to the people who have supported her family.

RELATED: 'It can be really dangerous really fast': Officials warn visitors about deadly waves on the Oregon Coast