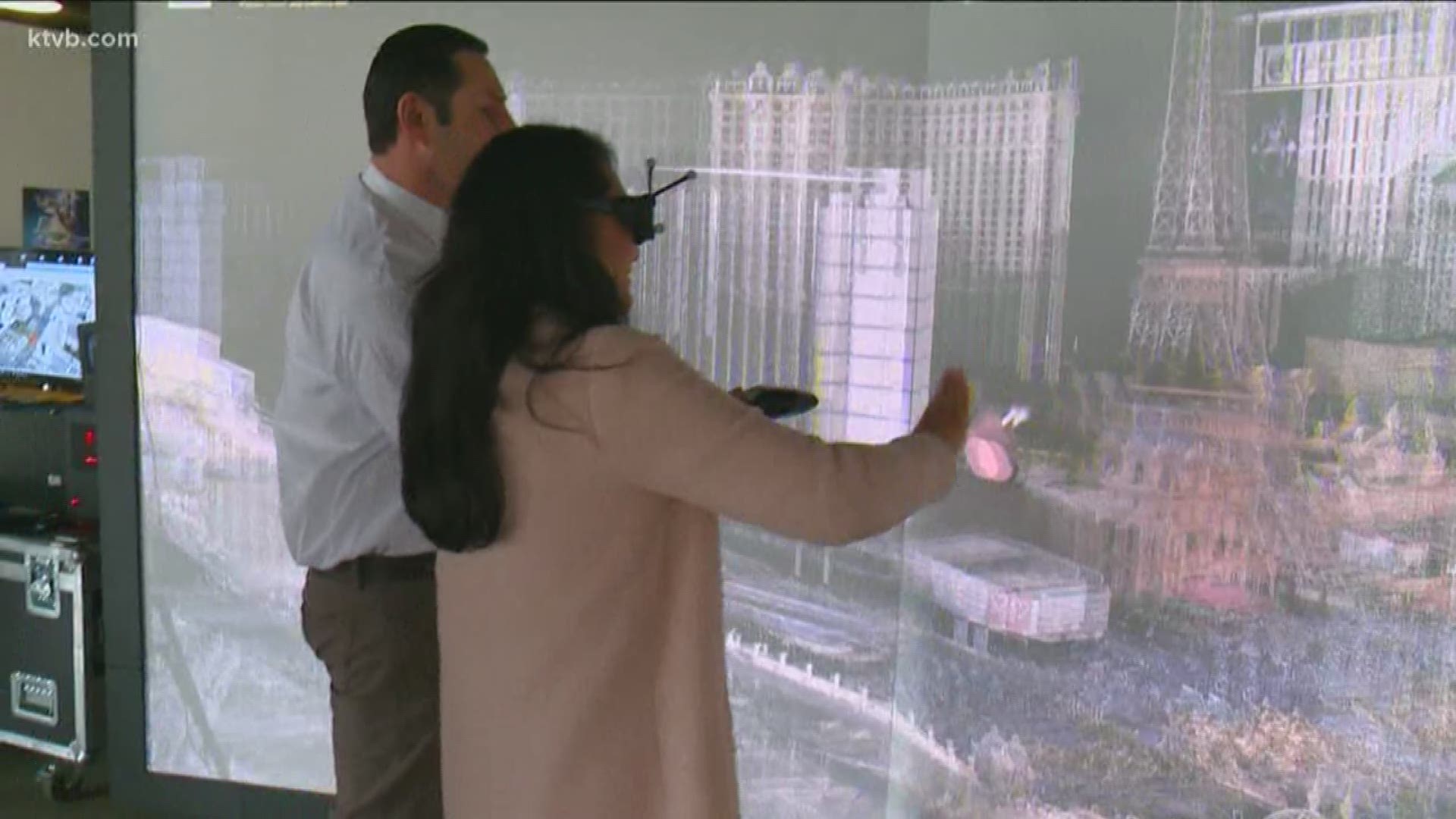 BOISE, Idaho — A Boise tech company is helping major businesses from Disney to automotive companies with VR and AI-assisted technology.

Silverdraft Supercomputing is a virtualization technology company that uses virtual and augmented reality, artificial intelligence and machine learning to help major companies like, Nissan and Toyota, visualize their products.

“To be the team behind the scenes that's enabling the technology to make these things happen, it’s fun and it's right here in Idaho,” Gile said.

“It's a huge advantage to understand errors before they exist, understand the mistakes before they happen, understand how I can be trained in this very dangerous environment before ever being put into danger,” Gile said.

Thanks to this technology, clients can see their products in a whole new way. They can even slice the car in half and look at every part in the car and more.

This past summer, Silverdraft Supercomputing had a hand in Madonna's Billboard Awards performance, where the star danced with four other versions of herself during a live broadcast.

Gile hasn't always worked in the tech industry though. Her career path actually started in front of the camera.

“So I started out honestly, as a model, an actor and a producer, like what does that have to do with technology whatsoever? But I just sort of tracked the process and saw bottlenecks and workflows,” Gile said.

Now, she and her team are allowing architects and engineers to walk through homes and see it before it exists.

Silverdraft Supercomputing also possesses Barco’s Canvas, a virtual reality solution designed for meeting rooms and it’s the only one of its kind in the United States.

With the help of drones, helicopters and over 200 data points, the technology created a two and a half mile scan of Las Vegas, which can be used for a variety of things feature films.

“I feel honored, I feel blessed, I love what we do,” Gile said.

Silverdraft Supercomputing also had a behind the scenes role in the Hard Rock Hotel in Florida, which was a sponsor of the Superbowl.

The company's headquarters are in Boise, but they also have offices in Los Angeles and Detroit.

RELATED: Oregon futurist: More changes coming in next 10 years than the last 40