"We just want to let others know that we're out here and we care, we care about our community." 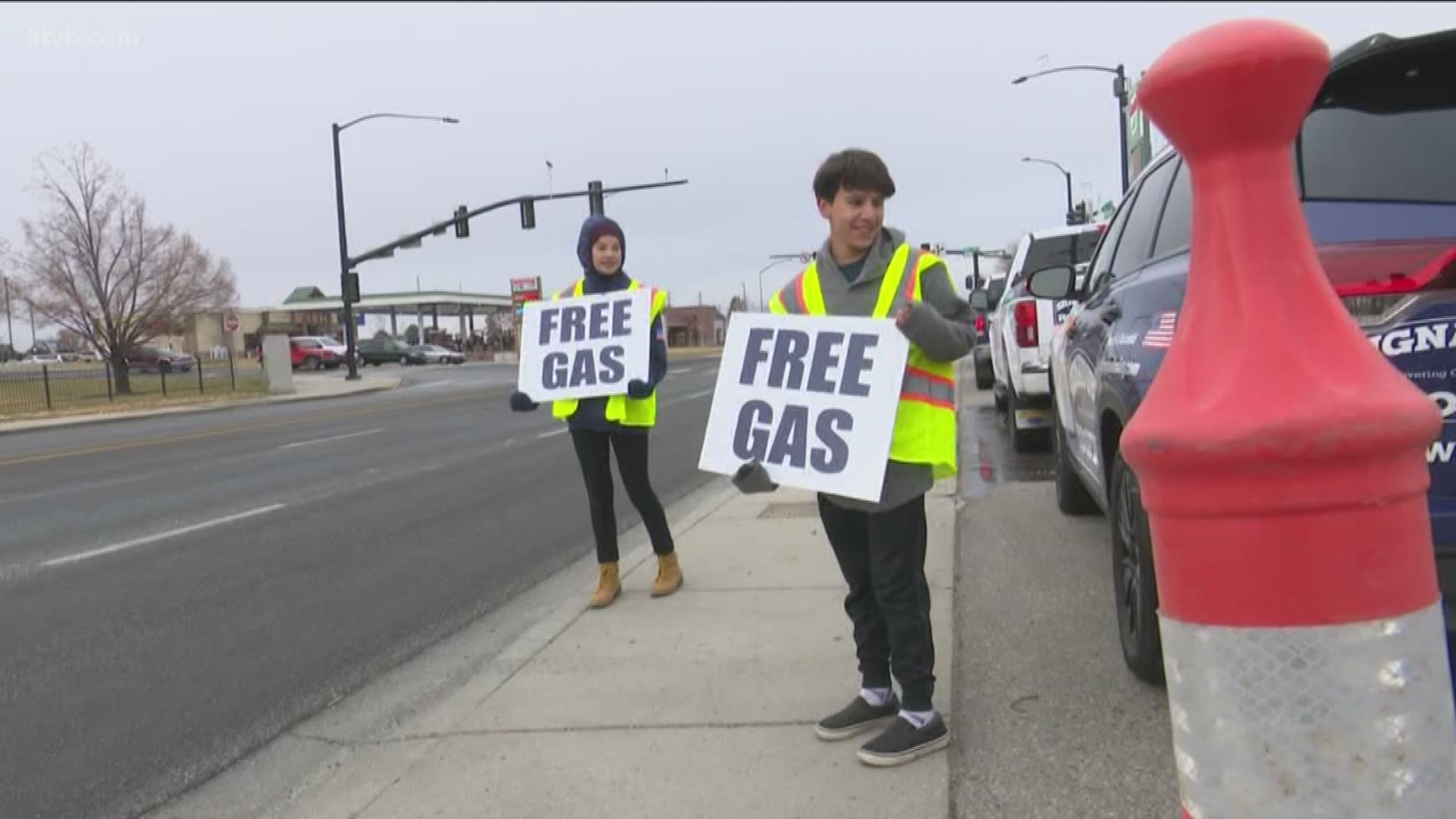 But employees at Signature Roofing decided to spend the day doing something else: giving back to their community.

The roofing company is filling up gas tanks - for free - for single parents at Paul's Service Center at the corner of Main Street and Franklin Road in Meridian. Employees hoisted "Free Gas" signs and waved drivers into the station, where they were greeted with candy canes, Christmas music, and free coffee and hot chocolate along with the fill-up.

Most of the people who turned in had some variation of the same question: Is this real? What's the catch?

"We just want to let others know that we're out here and we care, we care about our community," he said.

"We always say 'people first,' and that's what we're about," he said.

For Cano, the gas giveaway is a way to pay forward the kindness others had shown him growing up in a family of migrant workers, where money was often tight.

"If we didn't have enough money to play sports, I could name a dozen families that would help us play, and got us shoes," he said. "I'm entrenched in the community, I love it."

RELATED: Idaho Life: What are you thankful for?

This marks the second year Signature Roofing has filled up people's tanks for free. Last year, Gonzalez said, the company paid for about 1,500 gallons of gas total.

"Single parents that are needing just a little hand up on a day where everybody is spending some money, we'd like to give something back to them," he said.

"If the good music keeps coming on, we might be here all night, we'll see how it goes," Cano said with a laugh. "We might go broke today, but we'll have a lot of fun doing it."