Sheriff: Body found in a ditch is missing Caldwell man

A burned-out car was discovered stuck in the mud above a canal about four miles west of Ontario. 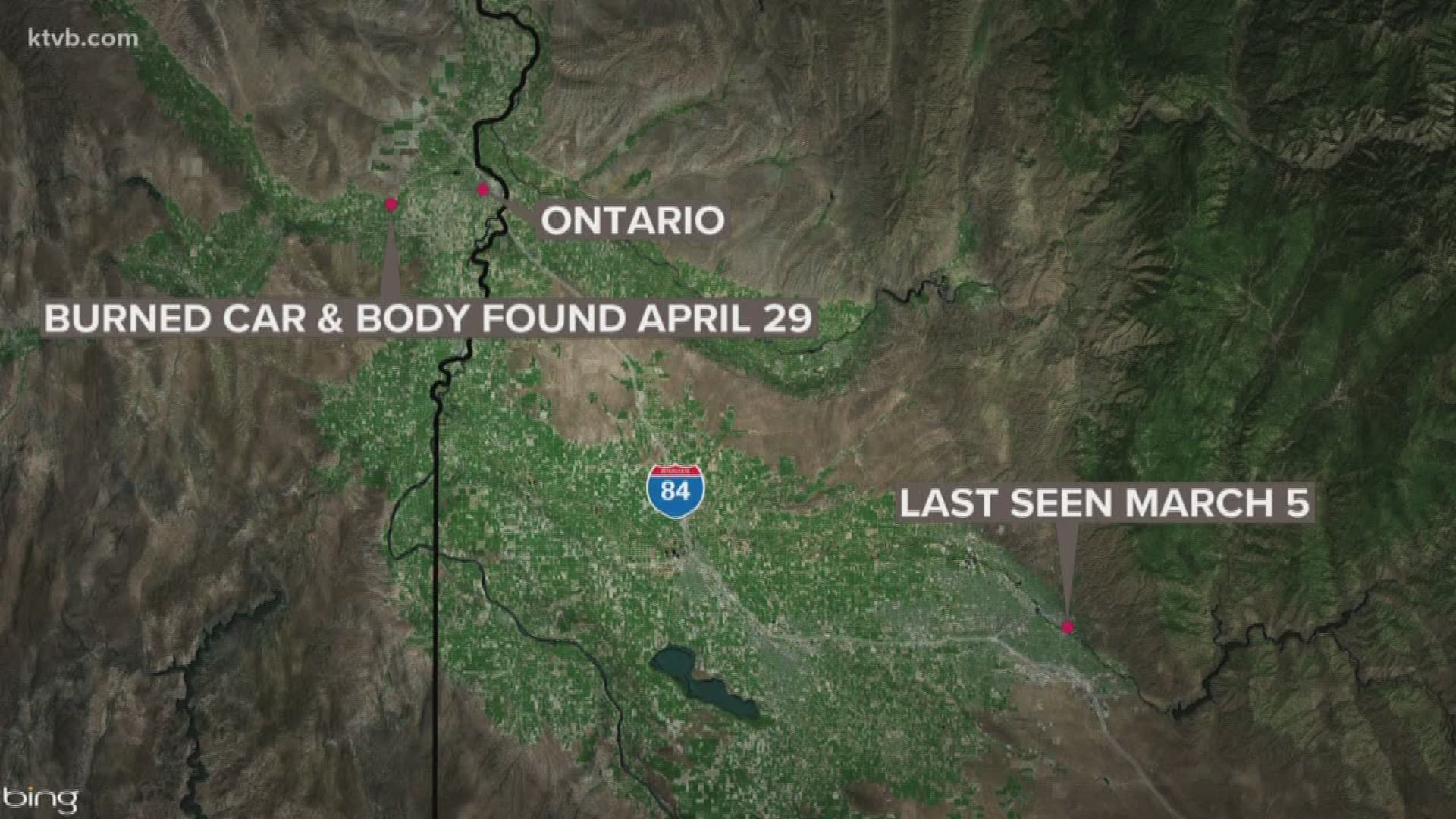 ONTARIO, Oregon — A body found near a burned-out car is that of a missing 88-year-old Caldwell man, according to Malheur County Sheriff Brian Wolfe.

The car was discovered Friday above a canal about four miles west of Ontario by an employee with the Owyhee Irrigation District.

A Malheur County sheriff’s deputy went out to the scene and found a partial license plate on the burned car that was associated with an “attempt to locate” from March 5 out of Caldwell.

The deputy returned to the scene and found the body of an elderly male in a ditch about 74 feet away from the car.  Wolfe says the vehicle was stuck in the mud and it appeared someone spent a lot of time trying to get it unstuck.

Credit: MCSO
The burned up car of Richard VonDach was found stuck off the side of a road about four miles from Ontario.

Oregon State Police arson investigators were called in to determine if accelerants were used to light car, but it did not appear they were used. The cause of fire is unknown.

The sheriff says at this point there is no indication of how the man died and there’s no evidence of foul play.

Last month, Caldwell Police told us that Richard VonDach, 88, was last seen leaving his accountant’s office in Boise around noon on March 5. His family said Richard had symptoms of dementia.

Investigators say it appears the body and the car had been in the area for at least three weeks. The sheriff says there were no other tracks in the area except for the irrigation worker’s vehicle. The road is lightly traveled and off a canal bank and in sagebrush.

The sheriff reports VonDach liked to go to places with scenic views. That area is very scenic with views overlooking Ontario and the valley. The car was found about a mile off the main roadway.