The driver noticed people were flagging him down and pulled over. That's when he saw the smoke coming from his truck. 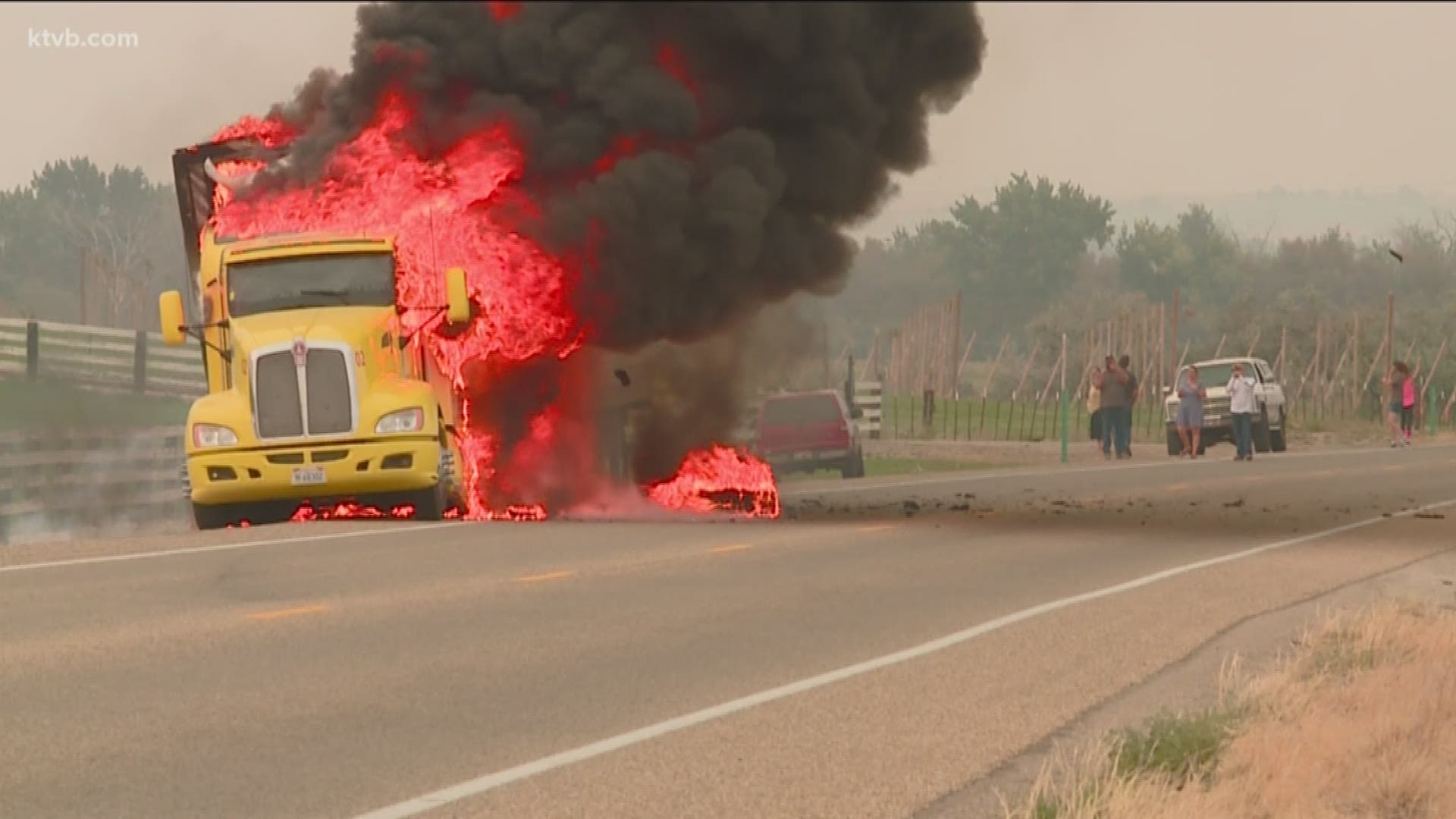 WILDER — It was a fiery scene on Highway 95 near Wilder Friday night when a semi truck carrying onions burst into flames.

We spoke to the driver - who didn't want to go on camera - at the scene. He said he was driving along the highway near Wilder when he noticed people were flagging him down.

He pulled over - and noticed smoke coming from his truck.

He said he went to get the fire extinguisher. but by that time the fire had taken over.

The blaze closed the highway, and the cause is being investigated