Search and rescue crews have found Joe Dean, who texted his wife Saturday night that he was lost somewhere near the Rock of the Ages trail. 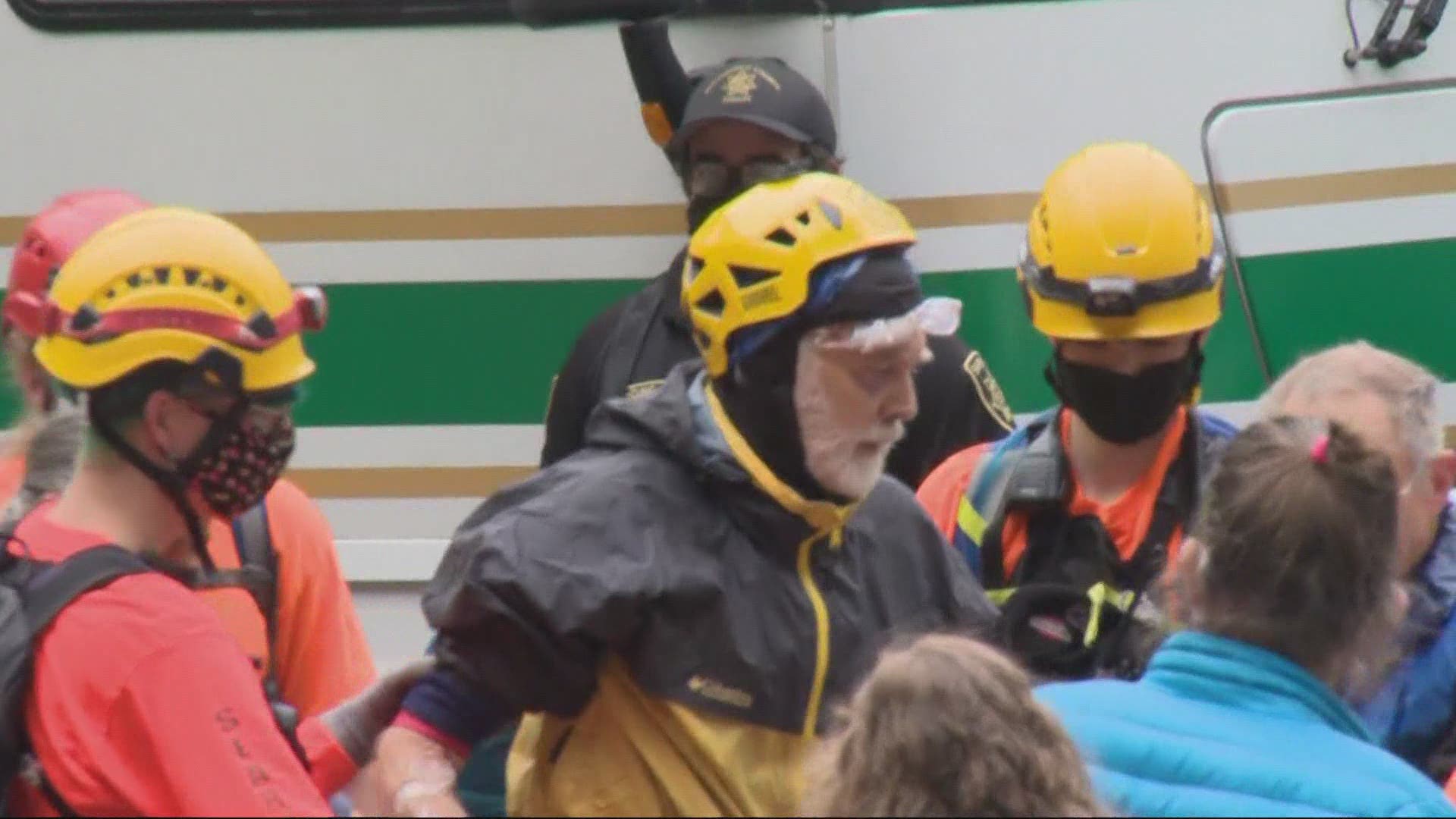 Multnomah County Sheriff’s Office deputies and Search and Rescue teams were searching for Joseph (Joe) Dean near the Horsetail Falls trail system since Saturday. Dean had been expected to return on Saturday. Officials said he sent his wife a text message saying that he was lost somewhere on the Rock of Ages Trail.

The Rock of Ages Trail is popular, a sheriff’s office spokesman said, but currently it is an unmaintained trail that has been closed since the Eagle Creek fire in 2017.  It is rated as a "difficult" hike because of its steep, rocky terrain.

Crews bring the missing hiker down from the trail. He’s being reunited with family. @KGWSunrise @KGWNews pic.twitter.com/VXb9P6qMwi

Sixteen search and rescue volunteers went out looking for Dean at around 11 p.m. Saturday. More help was requested overnight, and on Sunday the search party expanded. Approximately 65 members from various organizations searched for Dean on Sunday. In addition to ground searches, drones and an airplane were utilized to find the missing hiker. The search continued Monday morning.

Dean, an experienced hiker, was not prepared to stay the night, according to officials.