The Ada County Sheriff’s Office says they will never contact a person via social media or text message to ask for a donation or money. 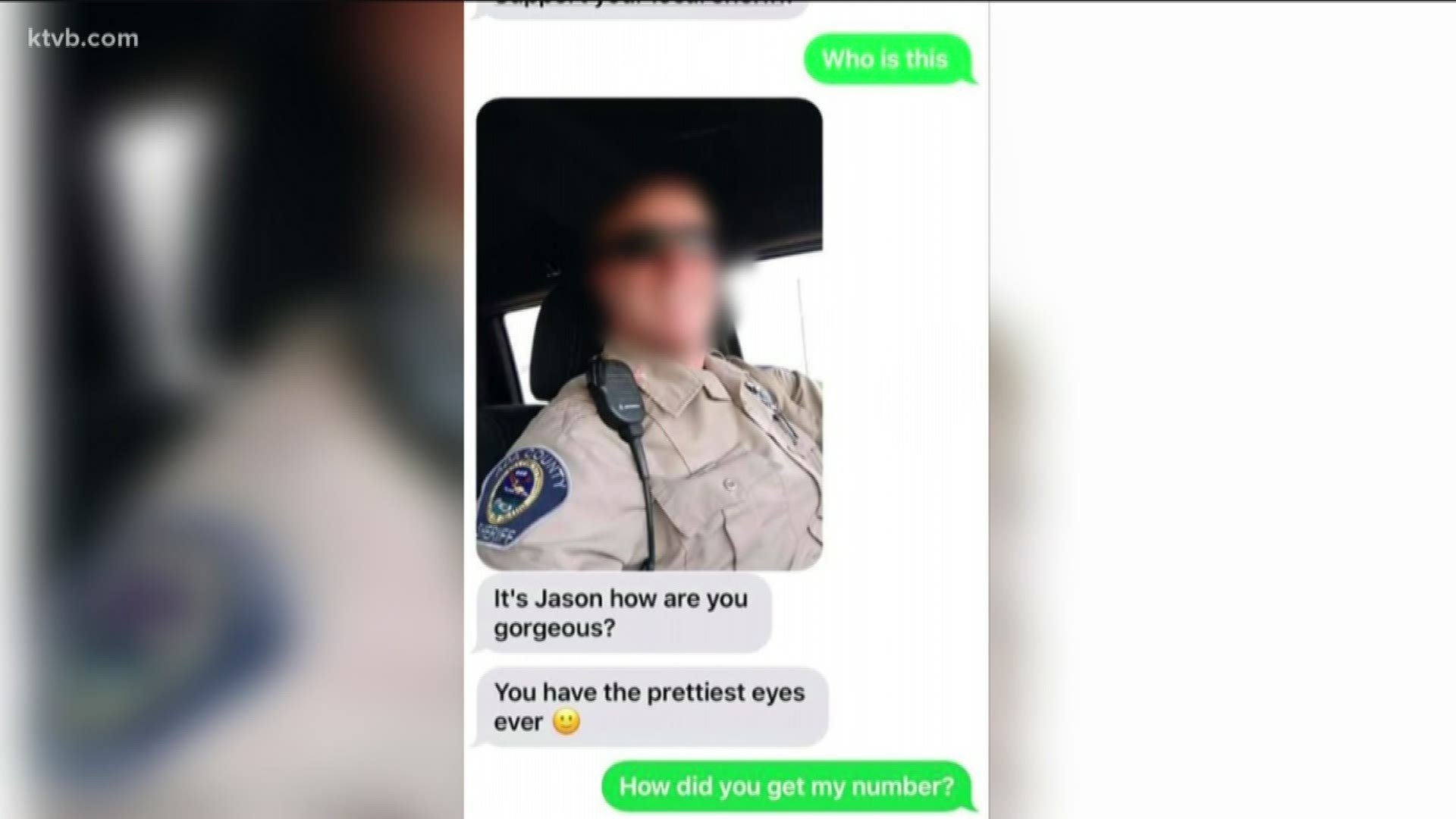 BOISE, Idaho — Someone is impersonating a deputy and trying to scam folks in the Treasure Valley.

Mary, who is from Boise and did not want to be identified by her last name, received a text message from an Ada County sheriff's deputy on Monday.

But there was a problem.

The deputy didn't send that message.

Instead, it was from a person posing as a deputy.

"It said, ‘hey Mary,’ so it obviously looked like someone who knew me,”’ Mary said.

The message also included a photo of the deputy with a link to support the local sheriff's office. But that wasn't all.

"While that was going on, I got a Facebook message at the same time from a Facebook account,” Mary said. “They messaged me saying ‘someone is posting bad things about you, you need to go look.’"

That message urged Mary to click on a different link. Fortunately, Mary ignored the links and instead shared the posts on social media to warn others that this was happening.

In less than 24 hours, Mary’s post received nearly 100 comments. It turns out, she was not the only person who received those messages. Melanie, a single mom, also got the message.

“It kind of slaps you in the face that there are some not good people out there and they'll try and take advantage of whatever they can to get a dollar,” Melanie said. "They're using an officer's picture, that just takes it to a whole other level."

"One of our deputies, their photograph was taken off of their personal Facebook page… and this individual or somebody associated with them reached out to them and committed this same crime on one of our staff members,” Ada County Sheriff Steve Bartlett said.

The sheriff's office will never contact a person via Facebook or text message or any other social media to ask for a donation or money.

"This is one of those topics that has us angry, that a citizen that may live here or abroad is using the great reputation and name of the sheriff's office to commit a criminal act," Bartlett said. "Our advice is do not follow any of these links, don't hover over them, don't click on them by mistake."

As of Wednesday, several people have commented on Mary's Facebook page saying they have also experienced this scam, but according to the Ada County Sheriff’s Office only one of them have formally reported being scammed to their office.

If you receive any questionable messages, the Ada County Sheriff’s Office says delete the message immediately and block any numbers you might not recognize. They also encourage anyone who has experienced this to contact Ada County non-emergency dispatch at 208-377-6790 or Detective Rob Fowler at 208-577-3703.