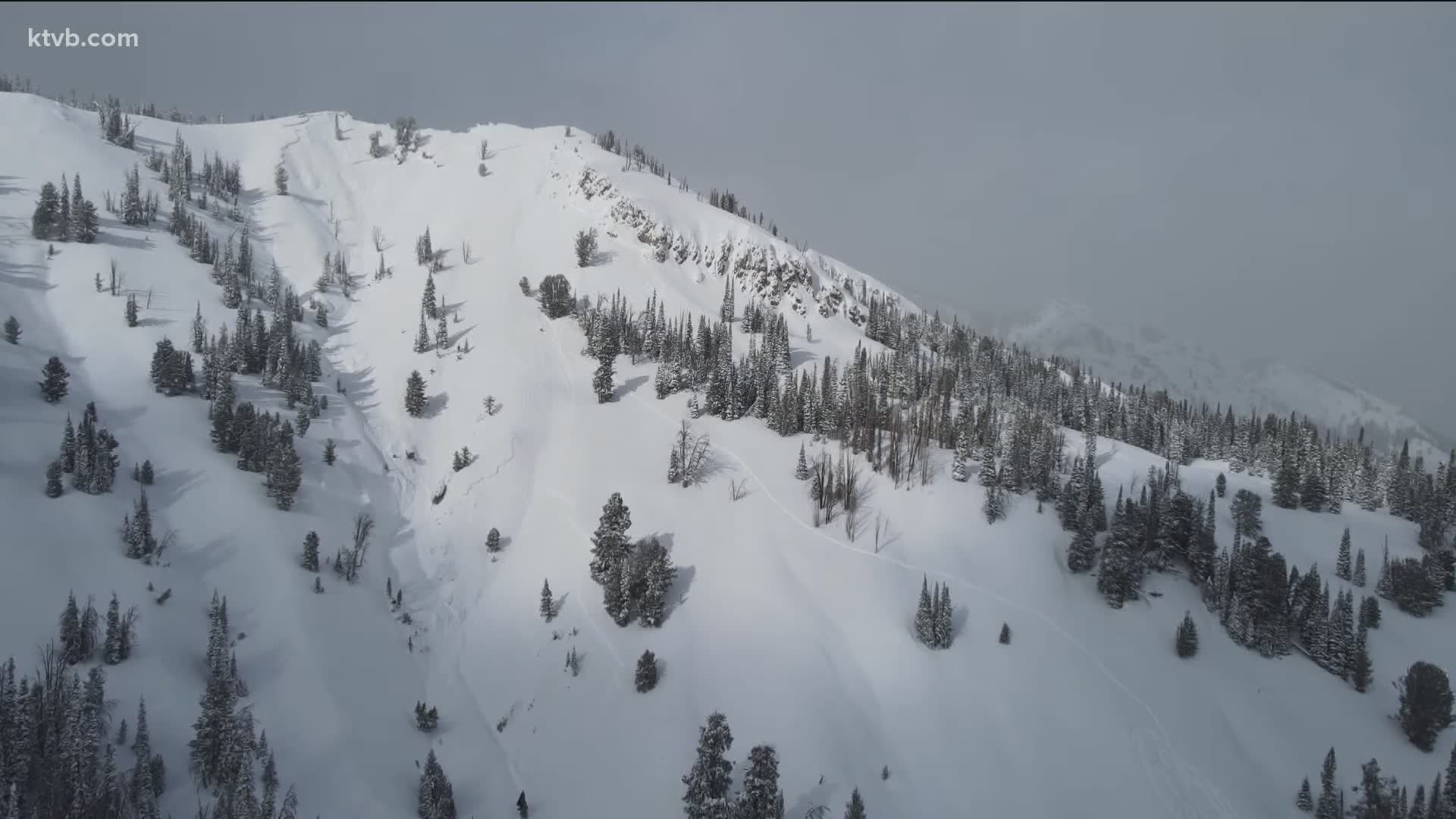 BOISE, Idaho — A person died in an avalanche on Friday afternoon, according to the Sawtooth Avalanche Center.

The center tweeted out at about 2:45 p.m. MT Friday that a snowmobiler was killed in an avalanche in the Smiley Creek drainage, about eight miles southwest of Galena Summit, which is northwest of Ketchum.

The snowmobiler's party was unable to revive him, the center said.

The Sawtooth Avalanche Center said, "We extend our heartfelt condolences to the victim's friends and family."

"A snowmobiler was riding the slope behind me and ended up climbing a slope higher up and triggered an avalanche and was carried down. he deployed an airbag and was found on the surface, unfortunately... was killed by trauma," an official said in a video analyzing the avalanche.

The official added that there were about 20 to 30 feet of snow and debris left from the avalanche.

No identifying details of the victim were released by the center.

Editor's Note: This is a developing story and this article will be updated when further information is made available.

WATCH BELOW: 'Live to ski another day': Experts talk avalanche safety in Idaho