"PG&E is neither indispensable nor irreplaceable," the Public Advocates Office said. “PG&E’s pattern of safety failures and rule violations are reason enough." 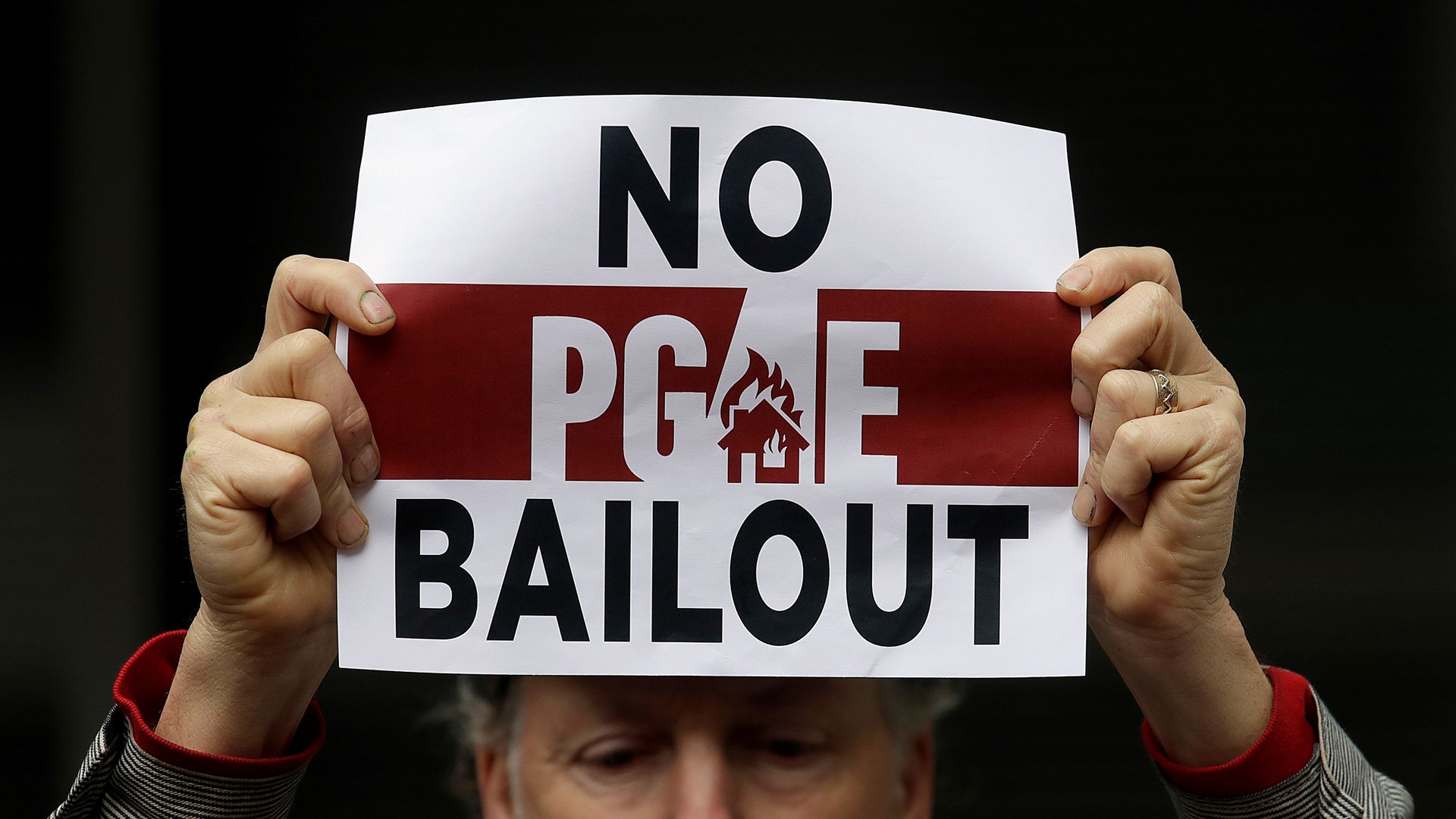 SAN FRANCISCO — Editor's Note: This article is part of the ABC10 Originals project FIRE - POWER - MONEY, a documentary series that breaks down California’s wildfire crisis into its core elements. In three episodes, we expose the reasons wildfires are deadlier than ever, how PG&E influences our politics despite felony convictions and being blamed for starting fires that killed 107 people, and what it’ll cost to pay for the damage and make California safer from fire.

The customer advocacy division of the California Public Utilities Commission [CPUC] wants to start the process of revoking the monopoly certificate of PG&E, the power provider to four of every 10 Californians.

“PG&E’s pattern of safety failures and rule violations are reason enough to justify revocation of PG&E’s [monopoly certificate,]” the Public Advocates Office of the state public utilities commission wrote in a filing published Monday. “That the Commission’s traditional penalty tools have proven insufficient to change PG&E’s behavior demonstrates the entrenched culture of entitlement within the utility.”

Monday's filing elaborated on the sense of “entitlement” within PG&E by arguing that fining the utility company for its safety failures has done little more than make its customers pay a "subsidy of subpar performance," that the financial success of the company isn’t tied to its safety record, and that PG&E's regulators act as if there are "no alternatives to PG&E managing Northern California’s power grid."

“PG&E is neither indispensable nor irreplaceable,” the public advocates office continued. “In PG&E’s case, there is a history of wrongdoing, much of it egregious, spanning over 20 years, without any hint of a consequence to PG&E's tenure.”

The Public Advocates Office is an independent organization within the CPUC with a director appointed by the governor. The CPUC itself has openly questioned whether PG&E should lose its monopoly, but has not begun the process of stripping the company of its monopoly certificate.

The filing argues that the CPUC should set up a process that considers real alternatives to allowing the monopoly to continue, blasting PG&E’s “defensiveness” when confronted with “the sheer scope of PG&E’s failures, which caused over 100 fatalities and has cost tens of billions in direct financial damages to Californians.”

State fire investigators blame PG&E equipment for sparking the deadliest wildfire in California history, the 2018 Camp Fire, a finding that PG&E does not dispute. The Camp Fire killed 85 people when it destroyed the entire town of Paradise and the surrounding communities of Concow and Magalia.

RELATED: District Attorney says PG&E equipment started Camp Fire, not yet sure if it was a crime

Another 22 people died in fires blamed on PG&E equipment in 2017. The fires all occurred while PG&E was on probation, as part of its sentence in federal criminal court.

A jury convicted the company of six federal felonies tied to the 2010 San Bruno gas explosion, which killed eight people. The convictions came in 2016 and included five felonies for willfully breaking federal safety laws and one count of obstruction for lying to federal investigators about company safety policy.

“We understand and recognize the CPUC’s serious concerns and acknowledge that while we have made progress, we have more work to do,” PG&E told ABC10 via email when asked to comment on the filing.

Just ten days earlier, PG&E officials accused the Public Advocates Office of going a "diatribe" about PG&E's past behavior by raising questions about what the office described as a "culture of entitlement" within PG&E.

“We’re open to a range of solutions that will help make the energy system safer for our customers," PG&E also wrote to ABC10.

That range of solutions should include regularly scheduled and “meaningful” reviews of whether to end PG&E’s monopoly, according to the Public Advocates Office — complete with bids from alternative companies.

The ABC10 Originals three-part documentary series FIRE – POWER – MONEY: California’s burning crisis and how it’s going to cost us all explored alternatives to the PG&E monopoly.

Gov. Gavin Newsom (D-California) has threatened a possible government takeover of PG&E, but hasn’t moved to make that happen. Instead, he signed into law AB 1054, a bill meant to help power companies cover the cost of wildfire damage caused by their equipment.

A federal lawsuit filed last week aims to block the law from taking effect, arguing Newsom and state lawmakers were improperly influenced by donations of campaign money from PG&E. PG&E donated $208,400 to Newsom 2018 campaign. Newsom’s office declined to make the governor available to discuss the donations and Newsom himself declined to answer questions about the money when confronted by ABC10.

The federal judge supervising PG&E's probation is demanding answers about the campaign spending. Judge William Alsup ordered PG&E to list its political spending and explain why it was more important than spending money to make the power grid safer.

A government takeover of PG&E could be expensive because the legal power of eminent domain requires the government to pay fair market value for property that it takes away. The company estimates that it owns $70 billion worth of infrastructure and other assets.

“The franchise created by a CPCN is a privilege granted by the government, not an asset owned by the utility.”

WATCH MORE: Fire-Power-Money: California’s burning crisis and how it’s going to cost us all