Volunteer rescuers give tips on staying safe on the water

The Drowning Accident Rescue Team (DART) says the number of drownings has gone down significantly through educating people about water safety. 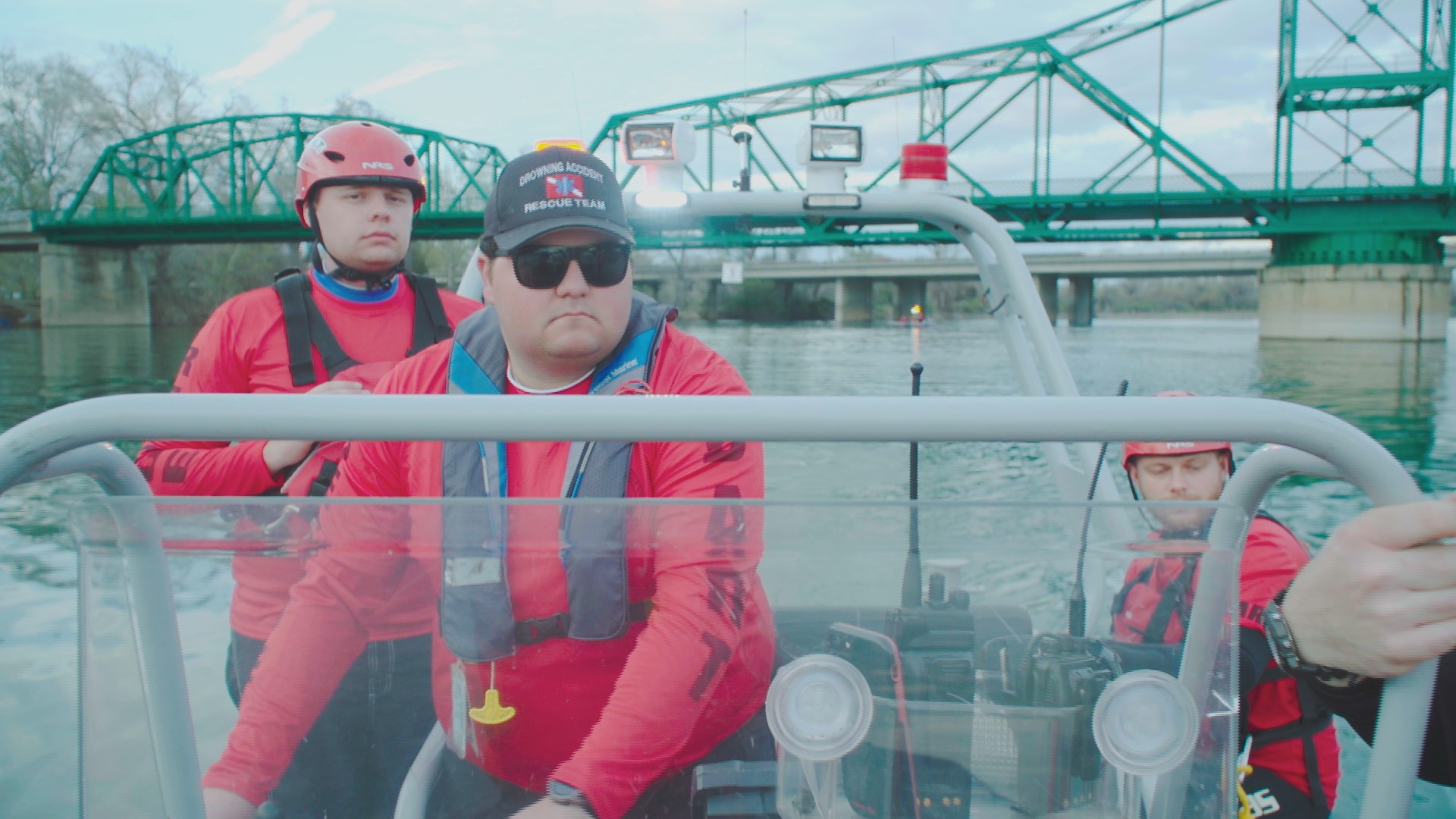 SACRAMENTO, Calif — The Drowning Accident Rescue Team (DART) is gearing up for their busy summer season.

And ABC10 met up with DART at Tiscornia Beach, right along the American River in Sacramento. DART members say it's one of the most dangerous and deceiving spots.

DART, which works with local fire agencies, offered some life-saving tips for those who plan to visit the river as the weather starts warming up.

"These rivers are fast and they're cold...even in the summer months," said Cole Glenwright, a DART volunteer. "It used to be one of the most common drowning spots in the county; about 12 to 15 drownings per year."

DART says the number of drownings has gone down significantly through educating people about water safety. They recommend people always wear a life vest and, if they get stuck out in the water, to go into a "self-rescue position," meaning to float on your back, feet out in front, arms out to the side, and head facing down the current.

For those who see someone who is in trouble out in the water, they recommend the "Reach, Throw, Row, and Go method."

Try to reach out for them first. If they're too far, try to throw something out to them they can grab on to. If they can't grab it, try to row out to them. The last thing you should ever do is go after a person in trouble because you could put yourself in danger.

WATCH ALSO: A 'treasure' hunter's tale on the American River