Ryan Lee, a nearly 20-year veteran of the Portland Police Bureau, says he is well suited and well equipped to take over the Boise job. 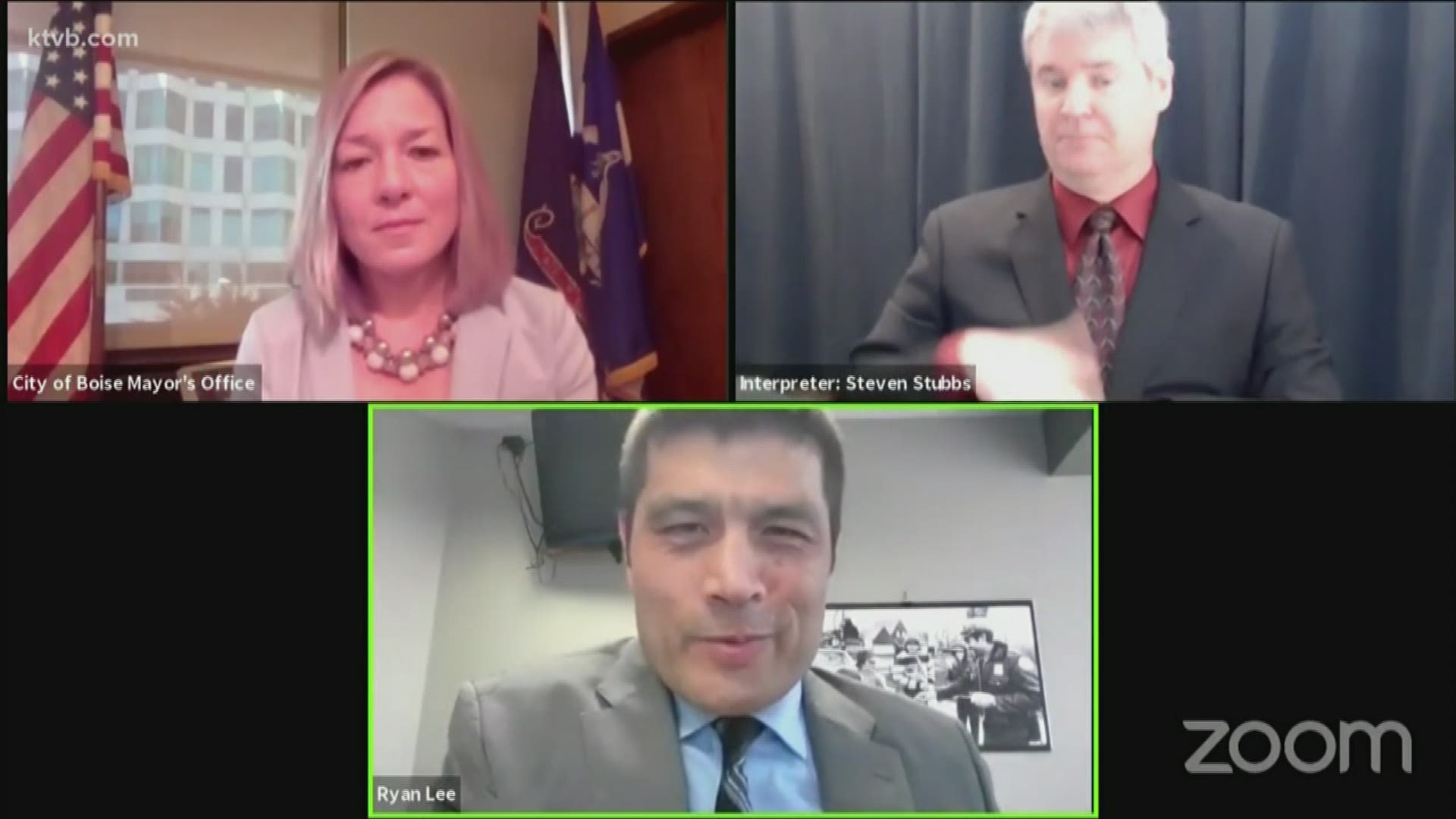 Lee comes to Boise from Portland, Oregon, where he's worked for the Portland Police Bureau for nearly two decades.

"It just felt like a calling," Lee said. "It was the right opportunity, the right place, the right time in my life. I couldn't say no."

He rose through the ranks from officer to the assistant chief.

The Boise City Council confirmed Lee at its meeting Tuesday evening. He does not officially start until July 1.

Watch the full press conference below: Lee answers questions about defunding police and how he plans to connect with the community.

Lee has served as a national subject matter expert in policing large scale events like protests and demonstrations.

However, the Portland Police Bureau's response to protests has been met with some controversy.

Lee said his policing philosophy for these public events is to help connect and understand the different voices in protests, and to try and find common ground.

He said this is essential.

KTVB asked him about his thoughts of the nationwide calls from protesters to defund the police. This is a call to slash police budgets and move that money to other social services like youth programs.

"We need to make sure we have adequate funding and properly trained and educated officers. We need to be mindful of who we're bringing into the organization," Lee said. "But to that end we also have to recognize the driving factors of crime in the United States really are poverty and addiction, and it's appropriate for us to partner with organizations and groups to help address those issues."

The mayor also said that she has no plans to defund the police department, adding that public safety is her number one priority and she wants to support the department as they keep Boiseans safe.

She added that now is the perfect time to review policies to make sure the department, as well as the city, is keeping everyone safe.

Lee also answered questions on the 8 can't wait initiative. This is an online initiative.

Activists "Campaign Zero,” launched the campaign due to a study done in 2016. This study looked at use of force policies of 91 police departments in 100 of the largest cities in the country.

"8-can't wait" highlights eight techniques. Organizers say if adopted, they will decrease the violence between police and the public by as much as 72%

Boise Police already has six of the eight policies in place. The two they don’t have are banning choke holds or strangleholds and requiring a use of force continuum.

Lee said he would need to be on board with Boise Police and review their tactics before weighing in on choke holds.

“Police departments have moved away from a continuum because it creates some artificial perception of how a force encounter might occur,” he said. “I think there needs to be a conversation around what the public expects and wants when asking for the continuum versus necessarily what by law police departments are using in force and in their force trainings.”

Lee also addressed use of force, and de-escalation training in the press conference. He said both are essential in modern policing.

However, he didn’t say if Boise Police needed additional training in these two categories. Instead saying once he is on board, he will review the training that is in place and see then if it can be improved upon or built on.

Lee is set to start as Boise’s police Chief on July 1.