One person was taken to a Boise hospital with life-threatening injuries, police said. 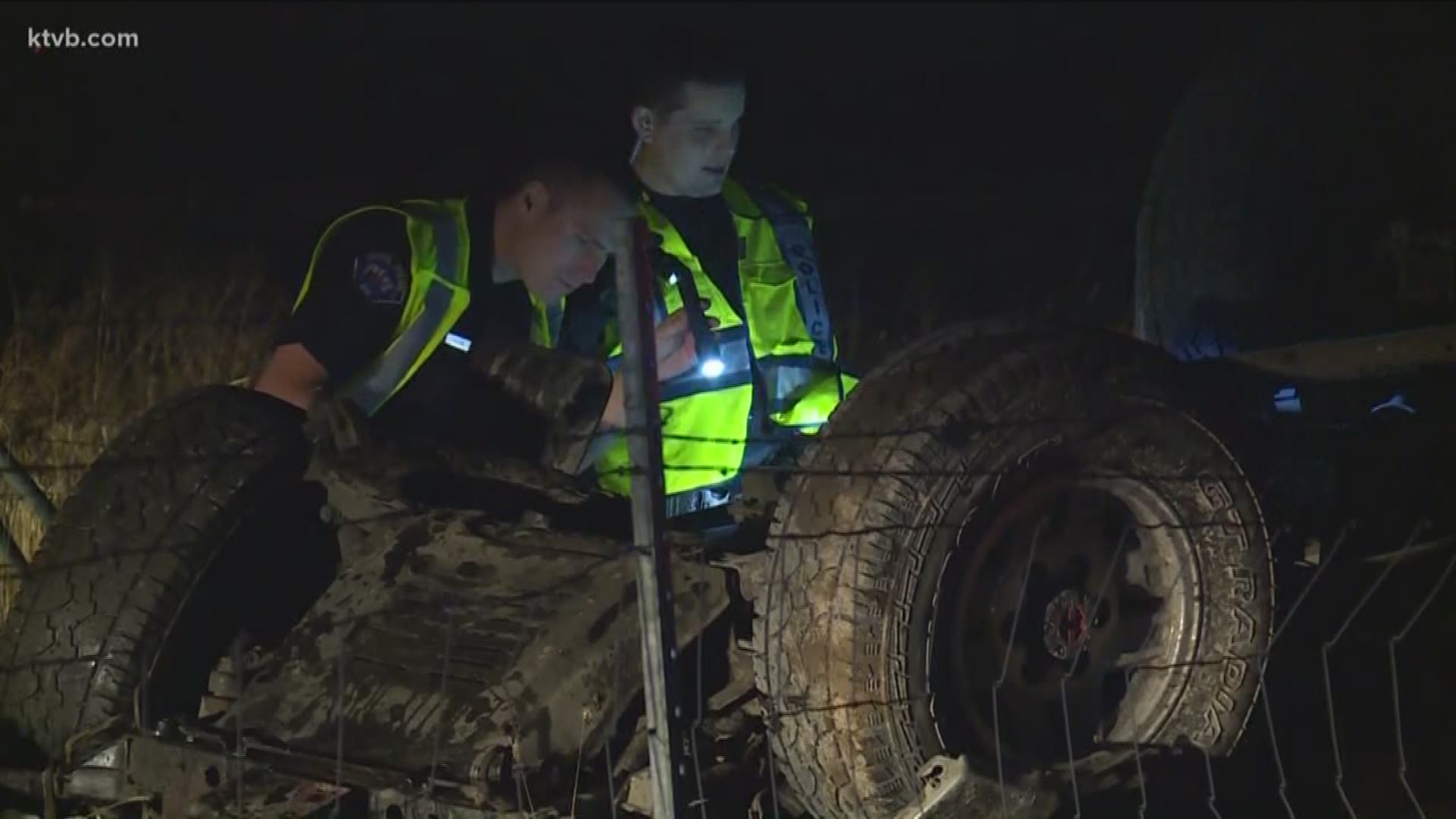 NAMPA, Idaho — At least one person was injured in a rollover crash on an Interstate 84 on-ramp in Nampa Tuesday night.

The crash happened just before 8 p.m. on the eastbound on-ramp off of Garrity Boulevard.

Photos from the scene showed a pickup truck resting on its top next to the roadway. An ISP trooper told KTVB the pickup's driver lost control and went off the road.

One person was taken to a Boise hospital with life-threatening injuries, the trooper said.

Police closed the on-ramp while crews worked to clear the scene. It reopened at about 10 p.m.