West Ada School District became aware of profane comments made on Facebook by Soltesz on July 18. District officials confirmed she is no longer employed. 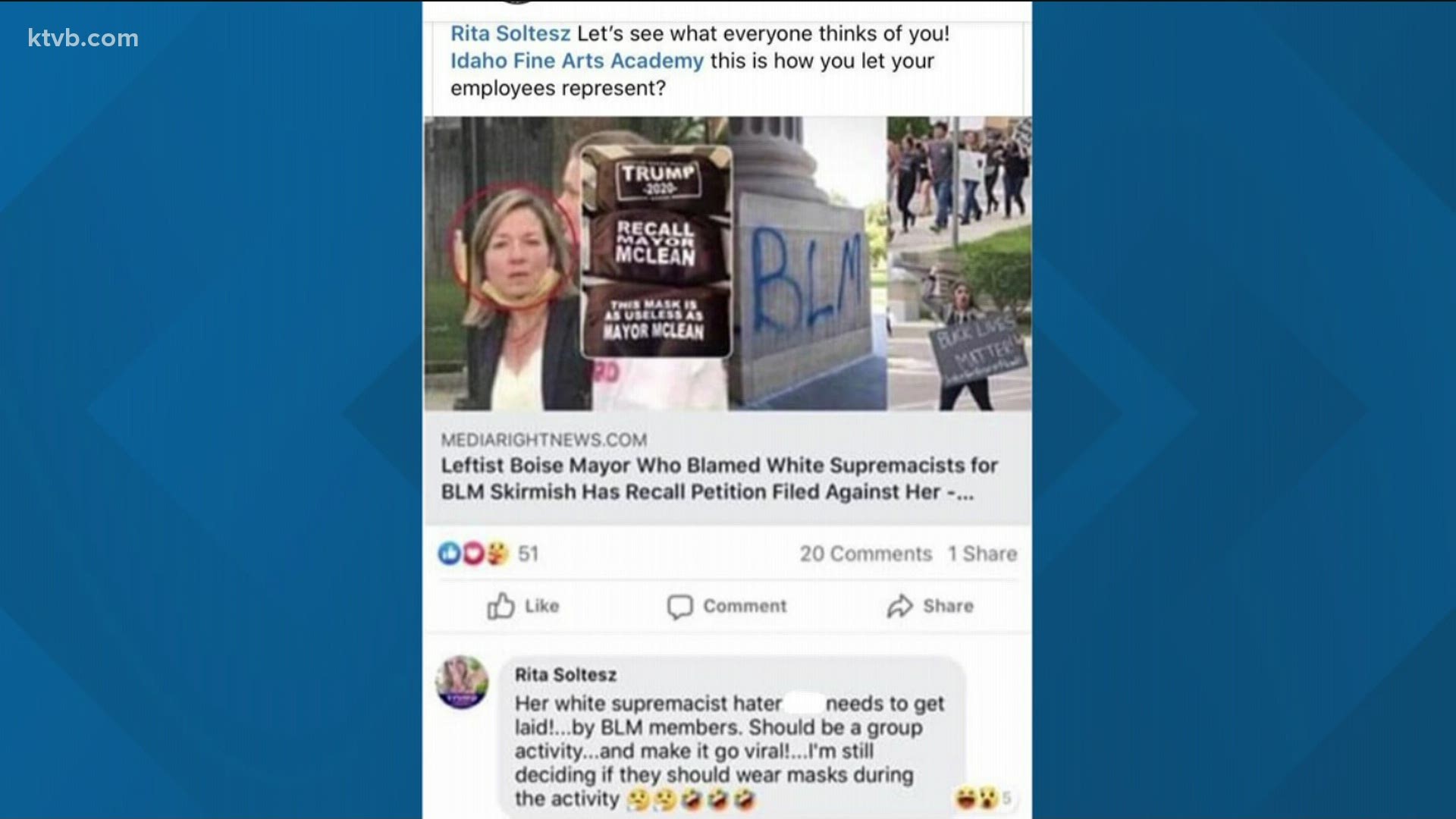 EAGLE, Idaho — Rita Soltesz, the woman who commented on a Facebook article regarding recall efforts toward Boise Mayor Lauren McLean, is no longer employed at West Ada School District.

Eric Exline, the district's chief communication executive, confirmed to KTVB on Monday that Soltesz's last day of employment was Friday, July 24. Solteszstaff information and bio were removed from the district website last week.

She was previously employed at the Idaho Fine Arts Academy and Eagle Middle School.

In said Facebook comment, Soltesz suggested that McLean "needs to get laid" by members of the Black Lives Matter movement.

Soltesz then suggested it should "be a group activity" and that perhaps face masks should be worn.

A Facebook user took screenshots of the Soltesz's comments and directed them toward the IFAA Facebook page, who responded by stating the district was taking "immediate action".

RELATED: 'I am not going to be distracted': Boise mayor responds to recall effort