Rising rivers, flooding cause issues in pockets of region

Flooding is becoming a concern in parts of the area, from Gem County to Boise County. 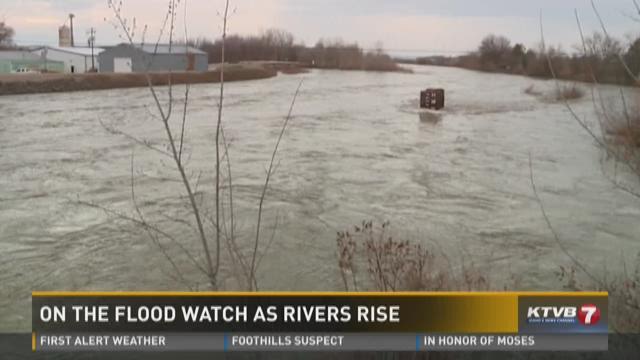 We are on flood watch for you as rivers around the area continue to rise.

Flooding is becoming a concern in parts of the area, from Gem County to Boise County.

A portion of the Greenbelt along the Boise River has been shut down after the season's unusually high, fast-moving water carved out a portion of the bank, leading to stability issues.

In Eagle, a home off Linder Road and State Street - just yards from the river - is surrounded by standing water. The homeowner tells KTVB their yard is currently sitting level with the river's water table, so pumping water out of their grass isn't working.

In Gem County, the Payette River in Emmett was flowing at 14,000 cfs, causing minor flooding across pastures and fields in the area. The water was at a height of 9.75 feet on Tuesday night, which isn't quite reaching flood stage. But officials say they are monitoring the situation closely.

Reservoirs that feed into the Payette River at at 77 percent of capacity, but the Bureau of Reclamation says there isn't much they can do about flows, as much of the south fork of the river is undammed.

In Garden Valley, eight homeowners left their houses because of flooding a long a private road. The Boise County Sheriff says the county is under a flood watch and the situation is expected to peak again Tuesday night.