Five kids and a relative survived carbon monoxide poisoning after a leak in a Rexburg home. 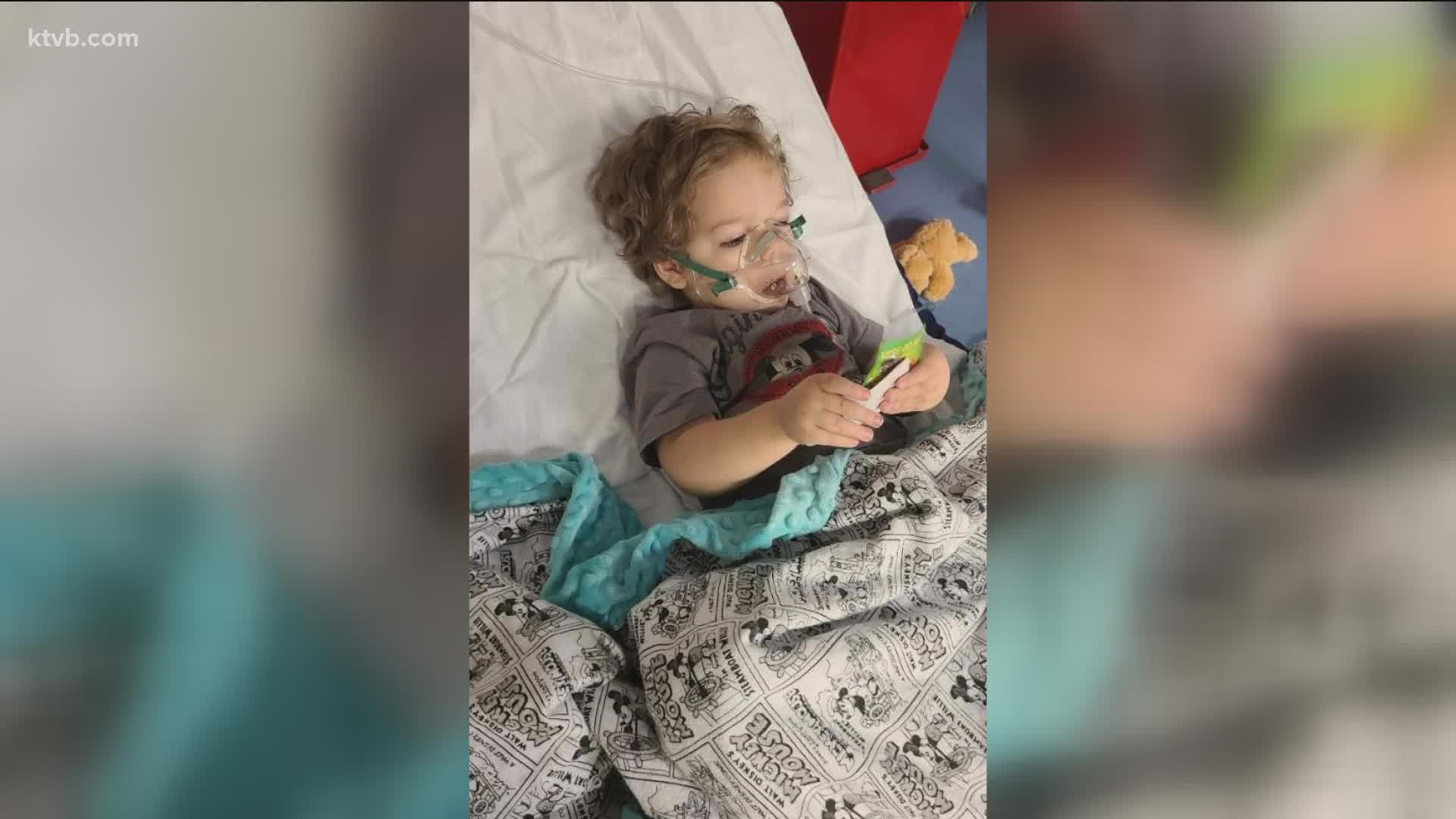 REXBURG, Idaho — As temperatures are starting to drop, many are turning up the thermostat. When Ashlyn Hansen turned up the one in her Rexburg home, she didn't think anything of it.

"I had actually turned on the heat quite a few times at this point already," Hansen said.

Hansen and her husband were out of town when they received a phone call from a family member watching over their five kids after each child started to get sick.

"I thought it must have been the flu. I know the flu is going around. But they were not getting better," Hansen said. "It had to be something more but wasn't sure what it was. My first thought wasn't a gas leak."

However, that's exactly what it was, carbon monoxide to be exact. Hansen's home was now putting her kids in serious danger.

"My sister-in-law Facetimed me Monday afternoon and showed me my two-year-old was screaming and that's not like him. He couldn't walk, he was so disoriented. And then he had walked from one room into the other and ended up falling over and just falling asleep on the floor," Hansen recalled. "And then my seven-year-old got sick and he fell to the kitchen floor and he couldn't move."

According to the CDC, carbon monoxide poisoning is often met with flu-like symptoms.

Then, a grandparent pieced the puzzle together taking the kids to the hospital.

"The nurse at the ER said that if they hadn't gone in that night it would have made for a devastating news story the next day," Hansen said.

"It's colorless, it's odorless, we breathe it into our body and it bonds to our red blood cells better than oxygen does," Madison Fire Department Captain Joseph Haeberle explained. "Eventually it causes us not to have enough oxygen in our body, and that's how you die."

To best protect yourself, Haeberle said to install working carbon monoxide detectors throughout a home, similar to how smoke detectors would be installed.