Gene and Cindy Ralston used their advanced sonar equipment to find the body of a man who went missing over two months ago. 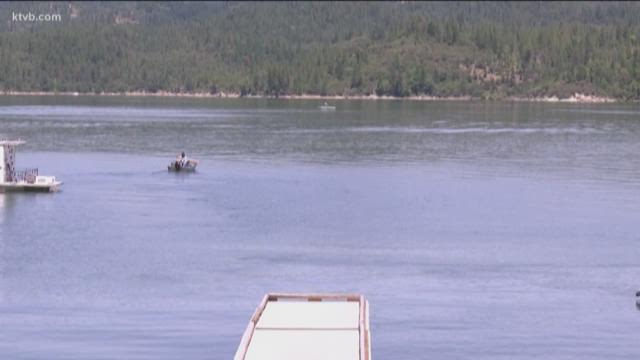 BOISE, Idaho — A retired Kuna couple well-versed in underwater sonar technology put their expertise to good use this week at Lost Creek Lake in Oregon by finding the body of a man who went missing over two months ago.

The Jackson County Sheriff's Office credit Gene and Cindy Ralston with helping them find the body of 29-year-old Juan Carlos Fuentes, who drowned trying to save his brother in a tubing accident.

Jackson County authorities say the Ralstons are experts in "Side Scan Sonar".

"We're very thankful we have finally have some resolution and were able to get him back to his family so they can truly start their healing process," a Jackson County Sheriff's Office spokesperson said.

Gene and Cindy Ralston have spent their retirement working to help families and law enforcement agencies locate the bodies of missing persons.

"You feel it inside. You know?" Gene Ralston said. "It's kind of an up-welling sensation I guess you would call it that 'wow, you finally found them.'"

Gene Ralston said Juan Carlos' body was in a very difficult place to search without their specific type of sonar technology.

KTVB last reported the Ralston's helped find a man who drowned at Lucky Peak in August of last year, but they've been helping families and law enforcement agencies since 1999.

Since then, the couple said they've assisted in at least 117 body recoveries.

The Ralstons do take donations, but never ask for them. Gene Ralston said that what him and his wife do "gives them a good feeling" and that feeling is not something they're willing to sell.