The Sawtooth Avalanche Center released more information about what occurred in the Idaho backcountry on Feb. 19 in a 10-page report. 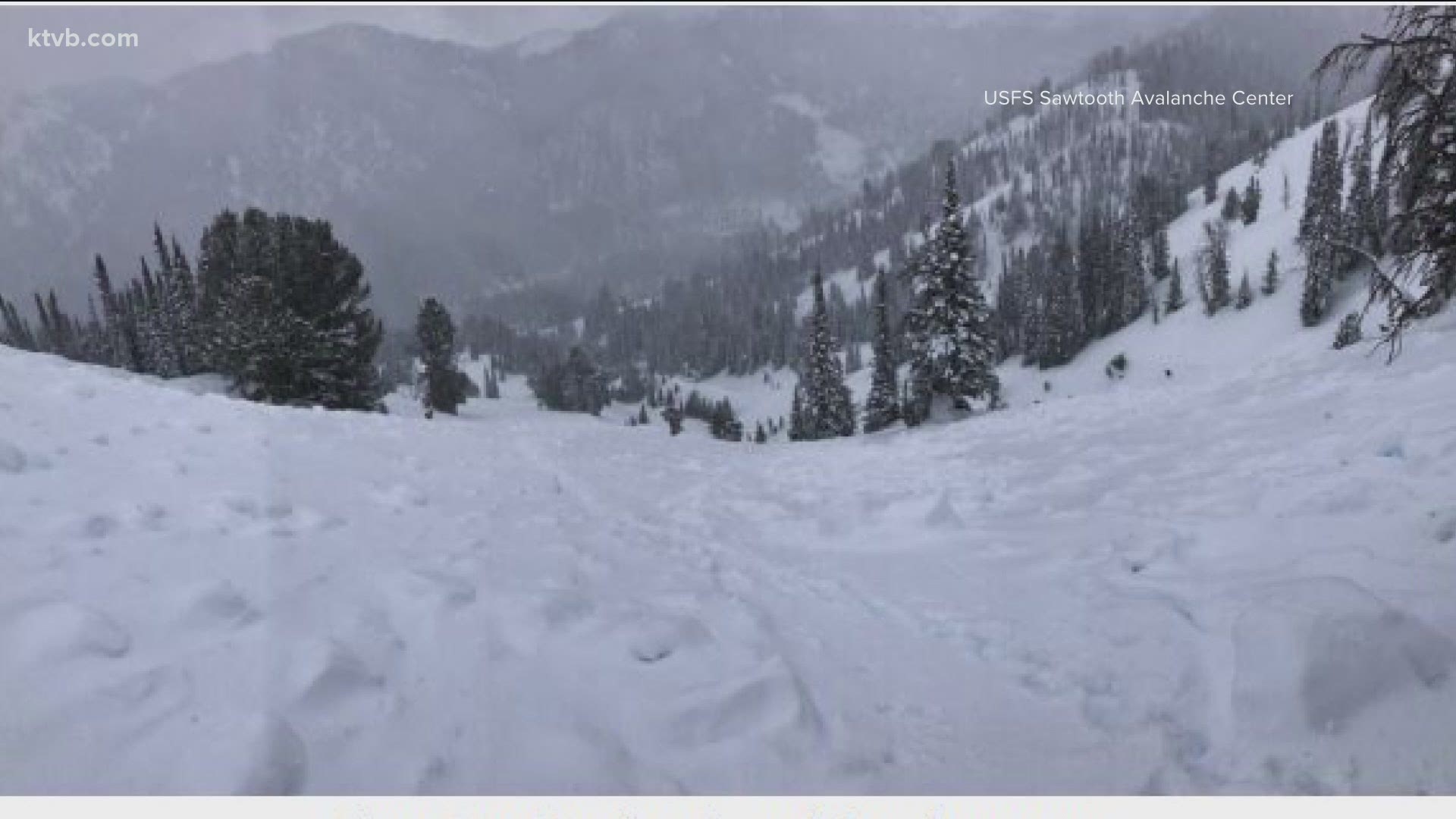 BOISE, Idaho — The federal government has released more details about a deadly Idaho avalanche that claimed the life of a Montana man last Friday.

Andrew Jessop, 30, was snowmobiling with his family in the Smiley Creek drainage, about 8 miles southwest of the Galena Summit, on Feb. 19 when he got caught in a large avalanche.

The Sawtooth Avalanche Center has released its report of what happened that day.

Investigators say a group of 25 experienced snowmobilers met at the Smiley Creek Lodge Friday morning for a day of riding. They were visiting from out of state and this was their first day riding in the area this season. Several members of the group had ridden in the same area in previous years. The group was prepared and carried avalanche rescue gear; some were wearing airbags.

Some members of the group had checked the avalanche forecast that morning and believed the danger rating was moderate (Level 2 out of 5). However, that was not the case. The avalanche danger was actually rated considerable (Level 3 out of 5) on the upper elevation slopes where they were riding.

They left the parking lot at the lodge around 9 a.m. and rode up the Smiley Creek drainage. They spend some time in open meadows but headed towards their destination at the back of the drainage. Once at the base of the area, the group began climbing higher and reached 8,300 feet in elevation. They were high-marking a small slope above this bench.

Jessop continued beyond the slope, climbing upwards and across the slope to his left, riding below a line of mature trees. He continued past the trees into more open, steeper terrain where he triggered a very large avalanche. One member of the group spotted the avalanche running and alerted the others via radio.

The victim deployed his airbag and was carried at least 400 vertical feet downslope. He was located on top of the debris by his riding partners. They were able to reach him within minutes, but determined that he died as a result of trauma from the avalanche and did not attempt to resuscitate him.

Officials estimate the avalanche debris piled up in the gully around 20-30 feet deep and over a length of at least 700 feet. The victim was located on the surface of the debris. Unfortunately, he was carried into trees along the edge of the gully, resulting in traumatic injuries. His helmet was pulled off during the avalanche and was not recovered. The victim's sled could not be located and is assumed to be completely buried.

The Smiley Creek drainage is located in central Idaho's Smoky Mountains. It is a popular snowmobiling area that is about 8 miles up the road from Smiley Creek Lodge. Officials say there have been no other avalanche deaths in the drainage.

The afternoon of the incident, USFS Sawtooth Avalanche Center staff visited the site. A summary of this initial visit can be viewed below.

You can read the full 10-page report here. It includes photos, more details about snow conditions and weather leading up to the day it occurred.