The pandemic won’t take away the reason we take a pause on this day to remember and honor so many. 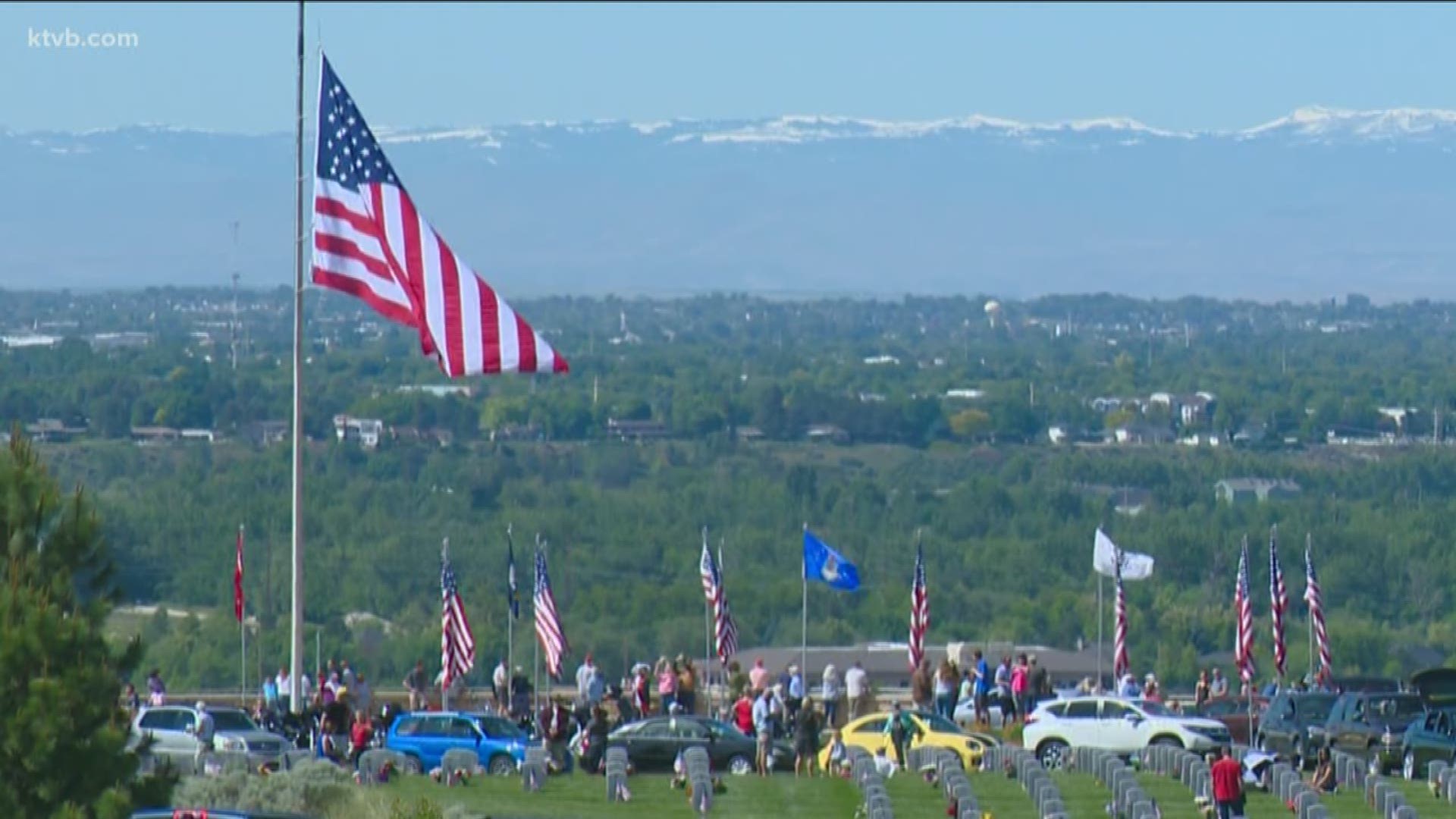 BOISE, Idaho — The origins of America honoring its fallen heroes on this last Monday in May can be traced back to the years following the Civil War. Nearly every community across the county and around the Gem State suffered losses in a war that took the lives of over 600,000 Americans.

Throughout the 19th century, the day was known as Decoration Day, which was a day that communities honored the men and women who died while serving their country.

Memorial Day became a federal holiday in 1971 and became a day for cities and states to hold memorials and parades for their fallen.

This year's annual ceremony at the Idaho Veterans Cemetery, which, in any other year would include the governor, decorated dignitaries, and the families of those buried there was canceled but the respect paid was not.

Flags were hand placed at each gravesite by volunteers of veterans’ service organizations. All of them knowing the pandemic wouldn’t stop them from this remembrance, which also includes the Eagle Field of Honor and so many other places for the many Idahoans who lay in rest all over the state.

MORE: 600 flags planted at the Eagle Field of Honor to remember those who serve

On this extremely non-tradition Memorial Day, when much of what we would typically be doing has been lost, at least for a year, the one thing that hasn’t been lost and never will be is the fact that we will never forget or stop honoring the men and women who have died while serving our country.

Memorial Day 2020 will be known as the pandemic Memorial Day, but it will also be remembered that the pandemic couldn’t take away the reason we take a pause on this day to remember and honor so many.