"My heart is broken for his family and I cannot begin to describe the void that will be left with his passing," said Matt Watkins, a lifelong friend. 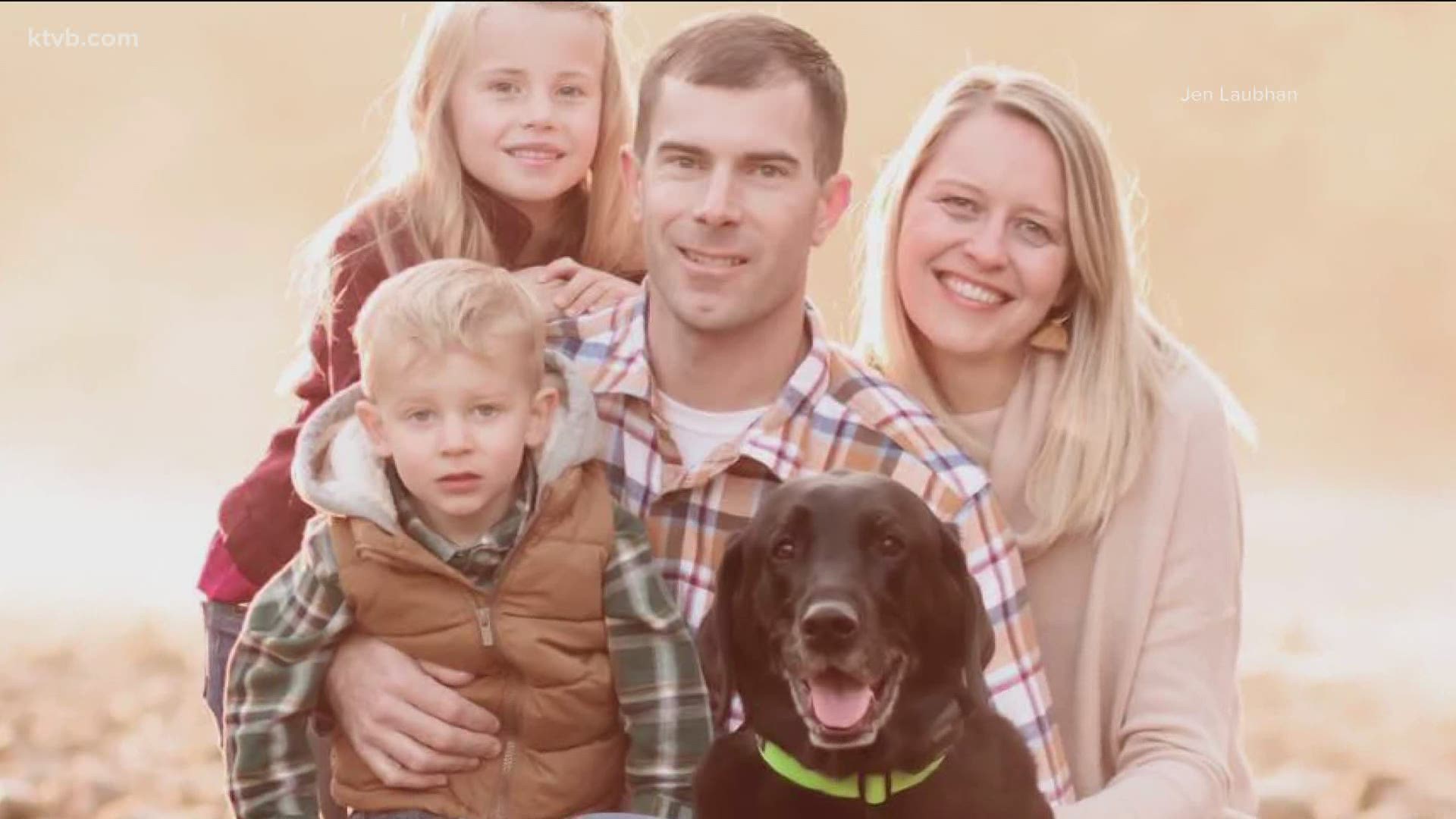 BOISE, Idaho — Family and friends are mourning the loss of three Idaho National Guard pilots who were killed Tuesday night when their Black Hawk helicopter crashed during a training mission in a remote area south of Lucky Peak.

39-year-old Chief Warrant Officer 3 George “Geoff” Laubhan was one of the pilots. Friends say he was the kind of guy who lit up any room walked into, the kind of person the world needed more of.

“It hits home because I grew up with him and it makes me think what it would be like, you know, that’s like me not coming home to my kids,” said Philip Mason, a lifelong friend, and tech sergeant in the Idaho Air National Guard.

Mason met Laubhan when they were just six years old and they stayed friends until the day Laubhan died.

“We spent most of our summers together when we played ball and as we got older, we started playing softball on the same team with our parents,” he said. “He was always so friendly and easy to be around, easy guy to get along with, very outgoing. I think people just liked to be around him."

Laubhan and his wife Jen had two kids, 4-year-old Connor and 9-year-old Jillian. According to Mason, Laubhan couldn’t wait to be a dad.

“I remember when he found out he was going to be a dad, [he was] just super excited, over the moon, it was the best thing for him," he said.

Laubhan was an instructor pilot and served in the Idaho Army National Guard since 2010.

According to Mason, Laubhan always saw himself in a job that followed along in his father's footsteps.

"Geoff was the first guy to help a friend in need.  He was a loving father who always had time for anything the kids wanted.  A devoted husband and the best friend anyone could ask for.  We learned to be fathers together, husbands together, and friends together.  He will be missed more than words can describe." - Jason Hunsaker

“I’ve known Geoff Laubhan all my life. He was an amazing father, husband, and friend. He truly was one of the best people I have ever had the honor of calling my friend. My heart is broken for his family and I cannot begin to describe the void that will be left with his passing. My thoughts and prayers to his family and to the other families of these heroes.”  - Matt Watkins