The Rocky Mountain High School alum is nearing the end of her historic collegiate career with the Broncos. 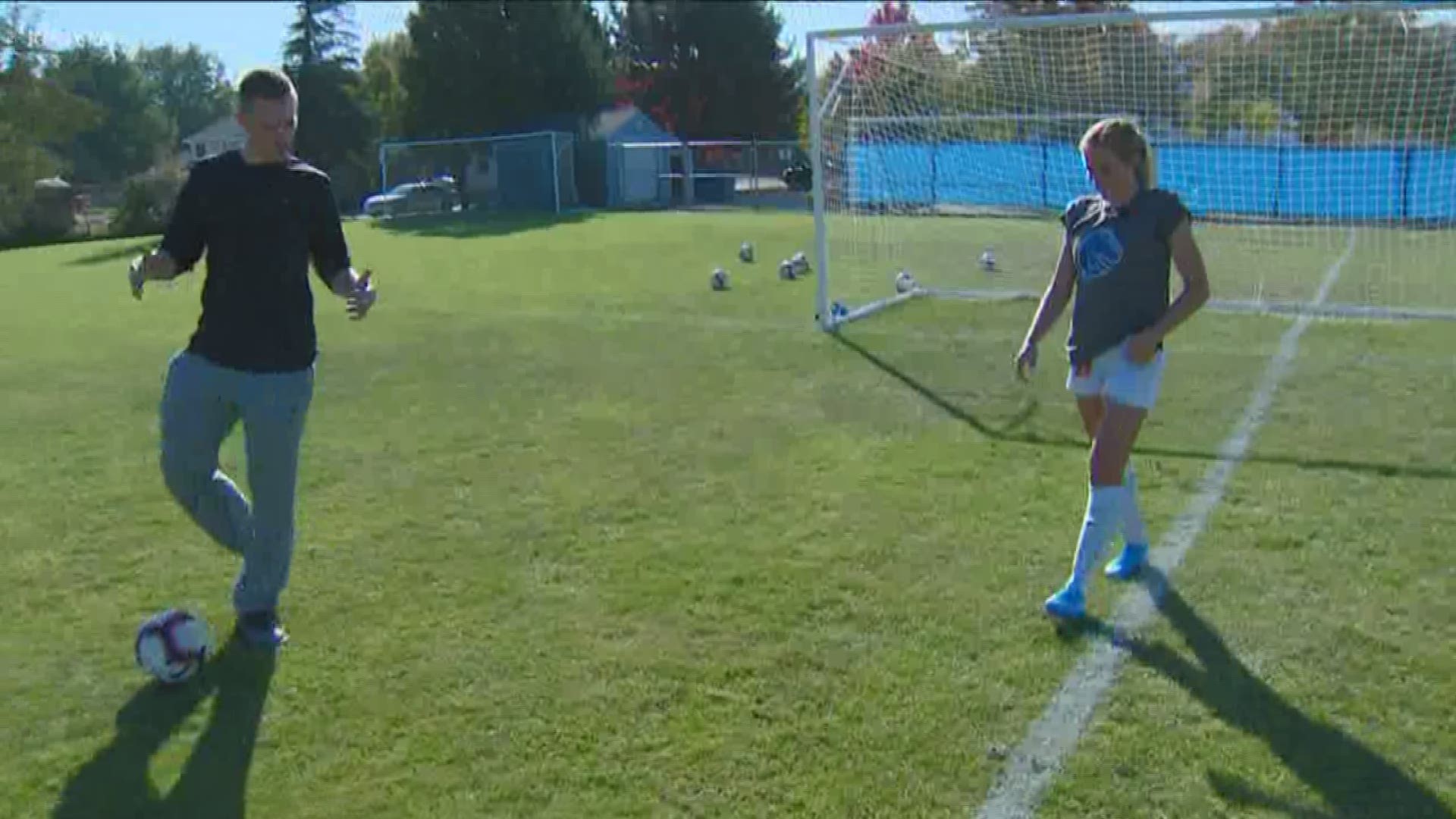 "I've always been hungry for it like when I was little [and] I would play soccer games, I would be the one to take the ball from my own teammates," Sherle said.

The two-time Idaho high school state soccer player of the year at Rocky Mountain High School, Sherle was initially set to play for the Montana Grizzlies.

But at the last minute, she decided to stay home and play for the Broncos.

It's a decision that has changed the course of the Boise State women's soccer program forever.

"She's been so pivotal to the cultural change in this program," head coach Jim Thomas said.

To date, she has scored 55 career goals.

Twenty of those goals came last season alone, the most scored by a single NCAA player in 2018.

"Because of the techniques that I have learned over the years, is how I can put the ball in the back of the net," Sherle said.

"It's all about reading the goalie, so if I'm inside the width of the goal, I shoot near-post, but if I'm outside, it's far-post," Sherle said. "I tend to go far-post a lot actually."

So far this season, Sherle has taken more of a backseat role, scoring just five goals and recording six assists through 17 games.

"I feel it's time to showcase how good my teammates are," Sherle said. "There are girls like Jazel Bowers, who is killing it. There's Aubree Chatterton, Mckenna Kynett. I could go down the list."

While rewriting the record books is an accomplishment, Sherle wants to be remembered for more than how many goals she scored as a Bronco.

"I mean statistically, I feel like I've left a good legacy here, but I hope I'm remembered as a good leader as well," Sherle said.

A good leader with a passion for winning.

With three games left in the regular season, the Broncos sit at 15-2, their best record in school history.

"No one has ever done 14 wins before, so that's something we've set since June, and we want it bad," Sherle said.

The Broncos host their final home stand of the season this Friday and Sunday before kicking off the Mountain West Conference tournament at Boas Soccer Complex beginning November 5.