Monday was the first day to file for Boise City Council and it'll be a crowded race. 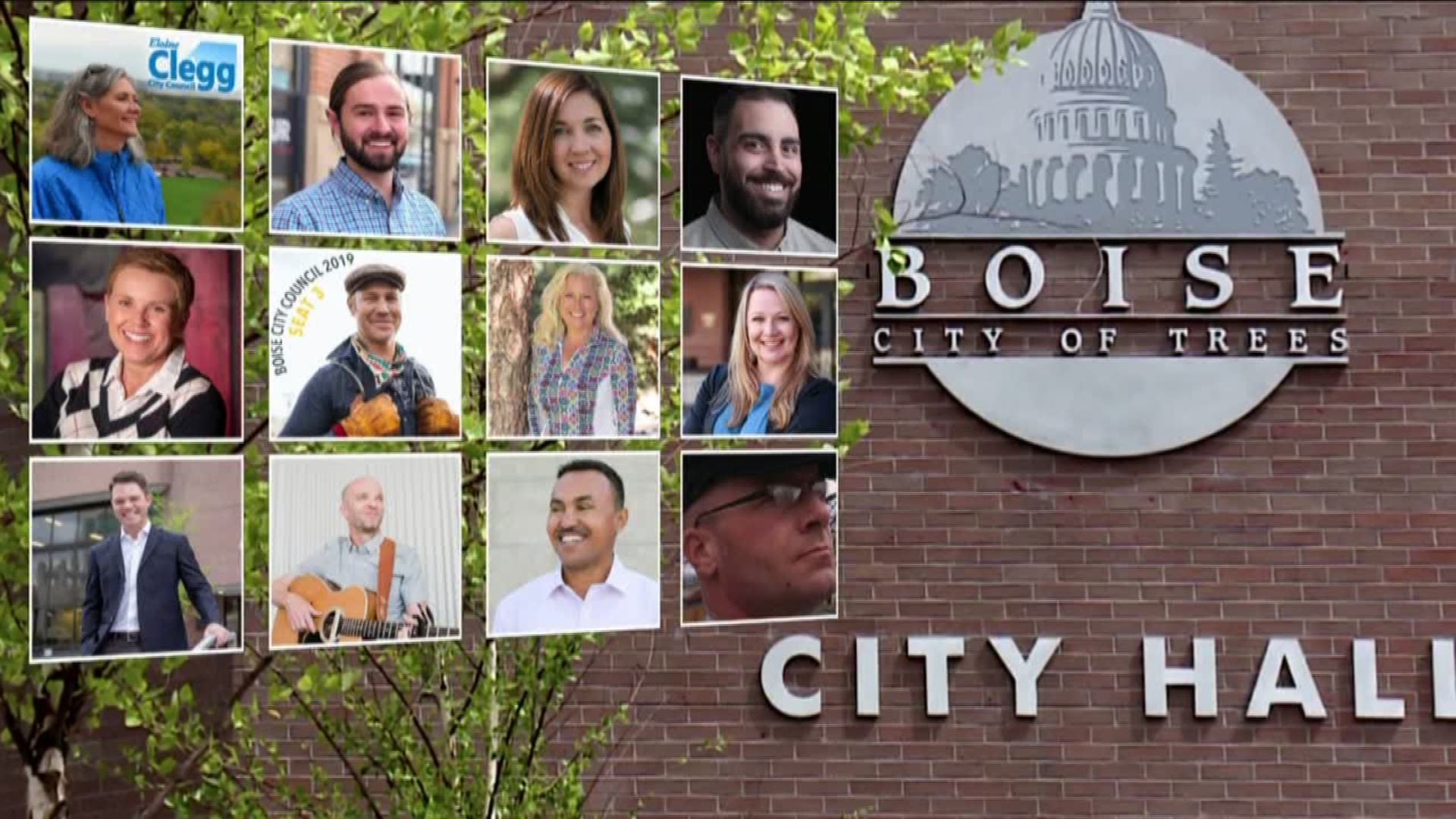 BOISE, Idaho — The race for 2019 in Boise is officially on as Monday was the first-day political candidates for mayor or City Council could officially file for candidacy.

It’s already a crowded race to fill three seats, as there are up to 12 candidates currently.

Two of those will be open races with Lauren McLean running for mayor and Scott Ludwig deciding to not run for re-election.

One of those candidates is Jimmy Hallyburton, a newcomer to politics seeking to fill the open seat left by Ludwig. Hallyburton has ran the Boise Bicycle Project for 12 years. He wants to focus on transportation issues.

"If the average household takes 10 trips per day, how can we bring that down to 6 or bring that down to four,” he said. “How can we make sure if people drive to work, when they get home they can live in a place where they can walk or bike or take public transit to all the other things they need to do."

Hallyburton said his experience with the bicycle project will help him if elected.

“The things I've learned from people have equipped me in a way to bring those people and voices to the table to bring bigger collaborations to face the massive obstacles our city is facing,” he said.

Another newcomer is Tecle Gebremicheal. He is a former refugee who came to Boise from Ethiopia in 2012. He wants to address two big issues affecting plenty of Boiseans.

"Affordable housing and transportation, when I came here, I lived in an apartment for a long period of time, those apartments I lived in have doubled in price,” he said.

Gebremicheal describes himself as a new American who appreciates the opportunity to come to Boise and work to build his life. He said he can provide different viewpoints and experiences to the council if elected.

Another new candidate was also at City Hall on Monday morning to file her paperwork -Meredith Stead. She has been on the Planning and Zoning Commission for a couple of years and she said she wants to update city code because of some of the decisions she’s had to make.

“The code isn't always up to date, sometimes we have to make decisions that aren't best for the community. Code does come from City Council, so I figured for me that was the next step,” she said.

She told KTVB she plans on using her experience from her jobs and apply them to the work she would need to do if elected.

“I think I'm a really inclusive leader, so I want to make sure that we're hearing all kinds of voices at the table. I know that's been a struggle between the community and the city,” she said.

Patrick Bageant is another newcomer who wants to bring his past experiences from his job as a lawyer, firefighter and paramedic and use that experience them in City Council.

"The practice of law is fundamentally compromise, reconciling differences and figuring out how to create an organized rule-based system for society,” he said. “So legal training is fundamentally important to being in government."

While he addressed that affordable housing and transportation are critical issues facing the city, he wants to also focus on another issue.

“Sustainability and Boise's long track record as a lovable green healthy city, this is something people value here,” he said.

While the race is filled with many new faces, longtime city council member Elaine Clegg is running for re-election.

"I feel like I’ve done a lot and there is still a lot to be done,” she said. “My knowledge and experience I think will add to the problem solving we need going forward in this high growth."

She wants to focus primarily on three issues. Those are getting more funding for transit, attracting more industrial jobs to the city, and addressing the affordable housing crisis.

“We are 10 thousand housing units short in the Treasure Valley today for the number of people that need to be housed, so we need to build housing,” she said.

Clegg will have a direct challenger after candidate Debbie Lombard-Bloom decided to also run for seat five.

She told KTVB over the phone she thinks its time for City Council to have fresh faces and voices, and she picked to run against Clegg because of her tenure.

Brittney Scigliano is another new candidate who filed on Monday. She has been the Task neighborhood Association President for the East End and done a lot of work with the city for the last two years.

Ryan Peck is another candidate. Currently, he runs the Boise Rock School which serves around 400 kids as an after school program. He also teaches in the Biology department at Boise State University.

Peck said he is running because he wants the city to also focus on the next generation and building a strong community off that. He believes the city should be looking to encourage young entrepreneurs. Peck said youth, education, and arts and culture are big driving factors for him.

Candidates Karen Danley, and  Brady Fuller both told KTVB over the phone they plan on filing their paperwork this week to make it official.

Chris Moeness, who filed the initial paperwork to certify his choice of treasurer, did not respond to KTVB to see what seat he plans on running for.

Candidates have until Friday, Sept. 6 to file. Election day is on Nov. 5.