'Put down the guns and pick up the gloves': Brothers fight gun violence through boxing

Three young boxers say they are fighting back against gun violence. 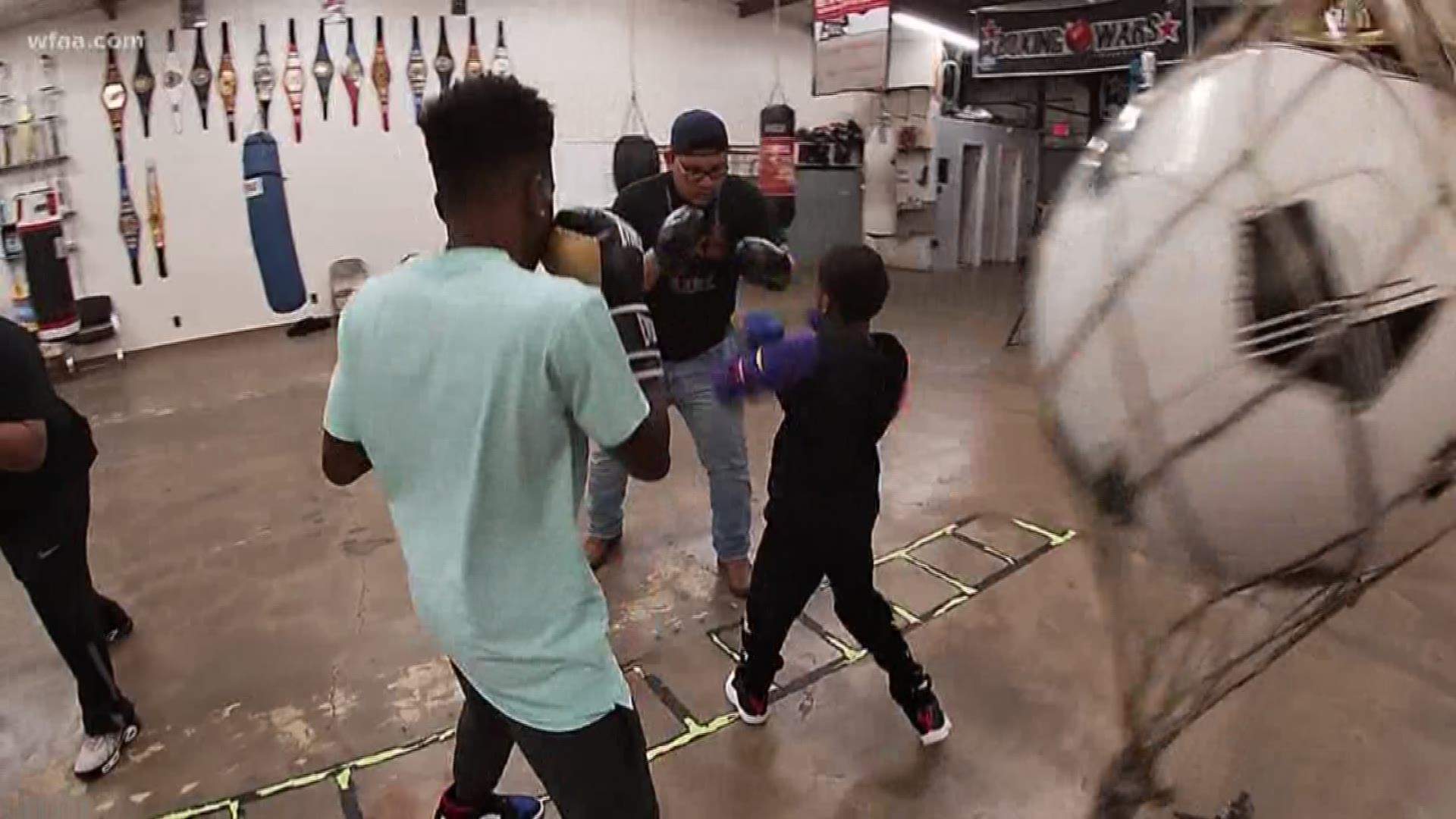 Sixteen-year-old Amarion, 9-year-old Damoni, and 7-year-old Peyton are three brothers who are fighting back against gun violence.

"Our message is to tell people to put down the guns and pick up the gloves," said Amarion Warren.

Their parents, Shana and Bob McMillian say they were tired of seeing children shoot other kids. So, they started an organization called, Put Down the Guns and Pick Up the Gloves.

"We just want to give them a different outlet through the organization to discover something they actually like and will enjoy," Bob said.

The McMillian's enrolled their kids at Golden Star boxing gym in Mesquite to teach them discipline and responsibility.

"I think it’s a great idea to talk to them while they are young and showing them that there are other outlets and other ways to channel those emotions," Shana said.

The brothers are training for the Golden Gloves competition and want to be professional boxers.

"I like to box. I was born to box," said Damoni McMillian.

But their real goal is to stop the violence.

"Find something you love and admire instead of going out and getting a gun," Amarion said.

The McMillian's say this a family affair and if they can save one child’s life then they feel they have won.

"Put down the guns because you can handle it another way. You don’t have to pull out a gun and shoot someone," said Peyton McMillian.

You can follow the McMillian's and see their mission at Beltzdreams.