Cyclist hits puppy on Greenbelt, then rides off

The Labradoodle is currently recovering. If his fracture doesn't start to heal by Friday, he'll have to have surgery. 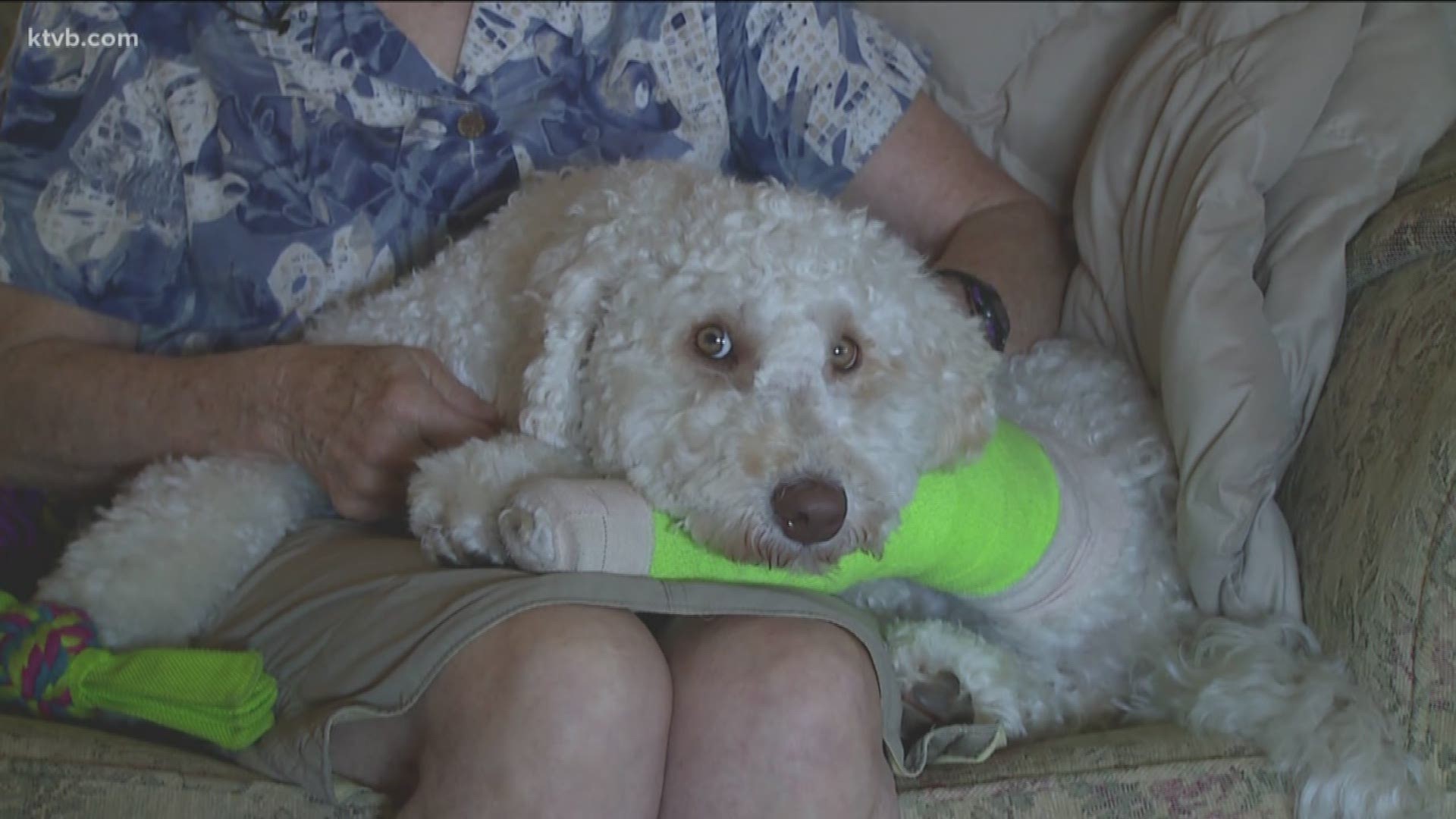 BOISE, Idaho — An eight-month-old puppy is recovering after someone riding their bike on the Greenbelt hit it and rode off.

Sunny, a Labradoodle, and his owner were walking along the Greenbelt on Thursday morning when another dog ran up to them.

“In order to let them greet each other, I took his leash off and they were sort of high-fiving each other on the Greenbelt,” Sunny’s owner Sarah Cox said.

That's when a cyclist came riding toward them.

“That bicyclist seemed to stop and slow down and then for reasons I don’t understand decided to ride through the puppies,” Cox said. “The bike just rolled right over Sunny’s back leg and I could see it break.”

The cyclist stopped, looked at them for a moment and then just rode away, according to Cox.

“I don’t know what that means that somebody wouldn’t stop, maybe that person was frightened to, maybe they thought there was nothing they could do so they might as well leave,” Cox said. “I think it's so important that we know that something we've done even inadvertently, that we take a moment to say 'I’m sorry, can I help in any way?'”

Cox took Sunny to the West Vet Clinic where she learned he had a tiny fracture on what would be his femur. The experience has now been a learning lesson for Sunny’s owner.

“We should all have our dogs on leashes at all times on the Greenbelt,” Cox said. “And whenever somebody is on a wheeled vehicle, the person that's moving the fastest and the heaviest has to be careful of everyone else and sometimes we forget that and I think it's an important lesson for all of us to learn.”

Sunny is now wearing a cast. His owners are hoping the crack will heal itself, but if it doesn't start to heal by Friday, he will have to have surgery.