The bridge that provides access to the resort was destroyed by fire. 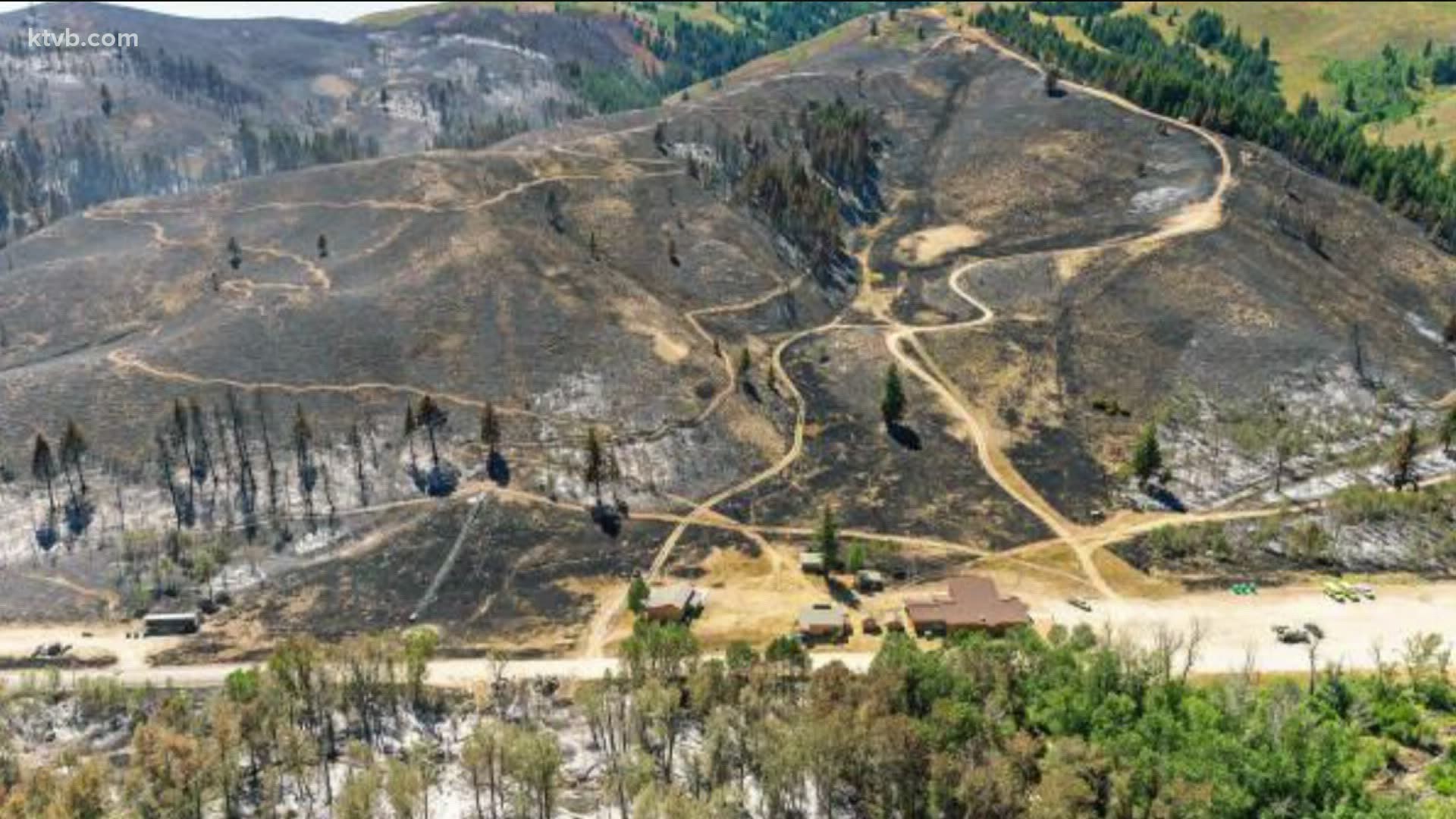 Right now it is burning near Placerville.

There was minimal growth on the fire as firefighters continue to build a fireline around the perimeter of the fire.

Fire crews say they are using helicopters and air tankers to help fight the fire.

The fireline west of Hawley Mountain Road continues to hold. The fire is 10 percent contained.

No structures are immediately threatened.

Crews from the Idaho Department of Lands, the U.S. Forest Service, and the Bureau of Land Management are battling the Pumpkin Fire. There are currently more than 300 personnel assigned to the incident and additional resources continue to arrive.

1 / 7
Gretchen Salzman
Photos of the Pumpkin Fire near Horseshoe Bend and Placerville.

The weather forecast is calling for a slight increase in temperature and slightly drier conditions Monday, and winds will be lighter than they were over the weekend. A cold front is expected to move through on Wednesday.

Motorists are asked to use caution when traveling the narrow, dusty roads and keep their eyes out for fire personnel and equipment and avoid traveling in the fire area.

Hawley Mountain Road 374 is temporarily closed at the 307 junction to all non-fire traffic. Recreationists are asked to avoid roads west of Placerville so as not to impede firefighting efforts.

The Phillips Creek Fire was sparked by lightning on Aug. 5 about 8 miles north of Fairfield and has burned more than 2,100 acres.

Structures are threatened in the Phillips Creek and Free Gold Creek drainages, as are outbuildings on Soldier Creek Road from Free Gold to the Soldier Mountain Ski Resort.

Photos of the Phillips Creek Fire burning near Soldier Mountain

The fire passed directly through the ski resort. The lodge and lifts are still intact, but the bridge that gives access to the resort was destroyed.

There is moderate fire behavior in the form of smoldering and surface creep in heavy mountain brush and grass, mixed conifer patches and deciduous trees along riparian areas. There are 321 fire personnel assigned to the fire, which is just 7 percent contained. The estimated containment date is August 15.

The Boise District BLM responded to two wildfires overnight and fire resources were able to stop the fire from spreading. Fire crews are working hard to secure containment lines and will continue to mop up hot spots throughout the day.

Halverson Fire
• Burning around five miles south of Melba near Celebration Park
• Estimated at 70 acres
• Estimated containment is 8:30 a.m. on Monday, August 10
• Four BLM engines, Melba Fire and Murphy-Reynolds-Wilson Fire are battling the fire
• No structures are threatened
• The cause is under investigation