Public will have a chance to comment on Boise library, stadium projects

A public hearing on both ordinances is set for June 25 at the City Council meeting. 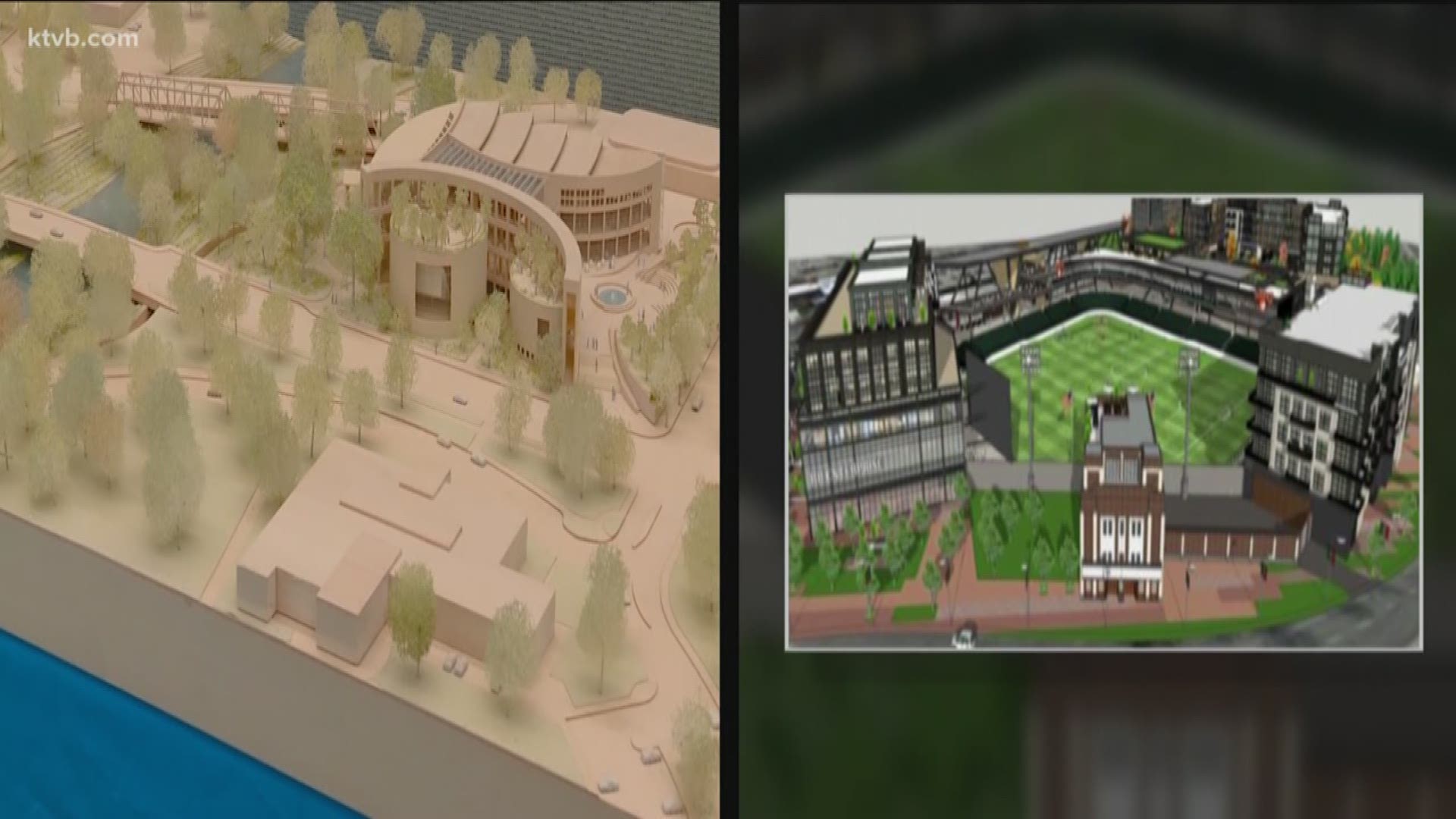 BOISE, Idaho — The proposed Boise library and stadium projects will now have a public hearing.

On Tuesday, the City Council set the hearing for June 25 to allow the public a chance to comment on the ordinances before the council decides on the next steps.

The citizens group Boise Working Together previously gathered thousands of signatures on petitions for the two projects, calling for the city to hold a vote on the projects.

Enough signatures were verified by the Ada County Clerk on May 29 but as currently written, the ordinances would require the public to approve the voting process first. Essentially, right now, the initiatives would be on November ballots and would be a vote to have a vote. Then, if the public affirms a need for a vote, a second vote on the projects themselves would have to be held at a later date.

Mayor Dave Bieter said that process is too confusing for voters so he wants to adopt the ordinances to help simplify the process.

“It’s pretty uncharted waters here," he said. "We want to respect the initiative process and those that signed that. We want to try and make it simple, if that’s possible and in the end, we’ll obey the law as best we can interpret it.”

Bieter said the library and sports stadium are separate ordinances because they are different projects. According to Bieter, the city does not even have a full application for the sports park yet because it's a private development.

“There’s really nothing in common there so that would be treated in its own way," Bieter said. "We don’t have an application, we don’t have a project that is ripe in the same way the library is. The library is our project – the city’s project, we’ve worked on it for many years.”

That means until there is a formal project, there is no sports stadium for the public to vote on. Because of that, the library and sports stadium initiatives could end up on the ballot at different times.

Bieter said one holdup with the city possibly adopting the ordinances, is the city isn't sure it can. Right now, he said the city clerk and the city's legal team is checking to make sure that's allowed.

If the council does adopt the ordinances, it would eliminate the two-step process and allow the public to simply vote on the projects happening.

The public hearing on both ordinances is scheduled for June 25 at 6 p.m. at Boise City Hall.