"As far as reactivating the Amber Alert, we can certainly consider that if new information comes into our department," Hondo Police Lt. Garza said. 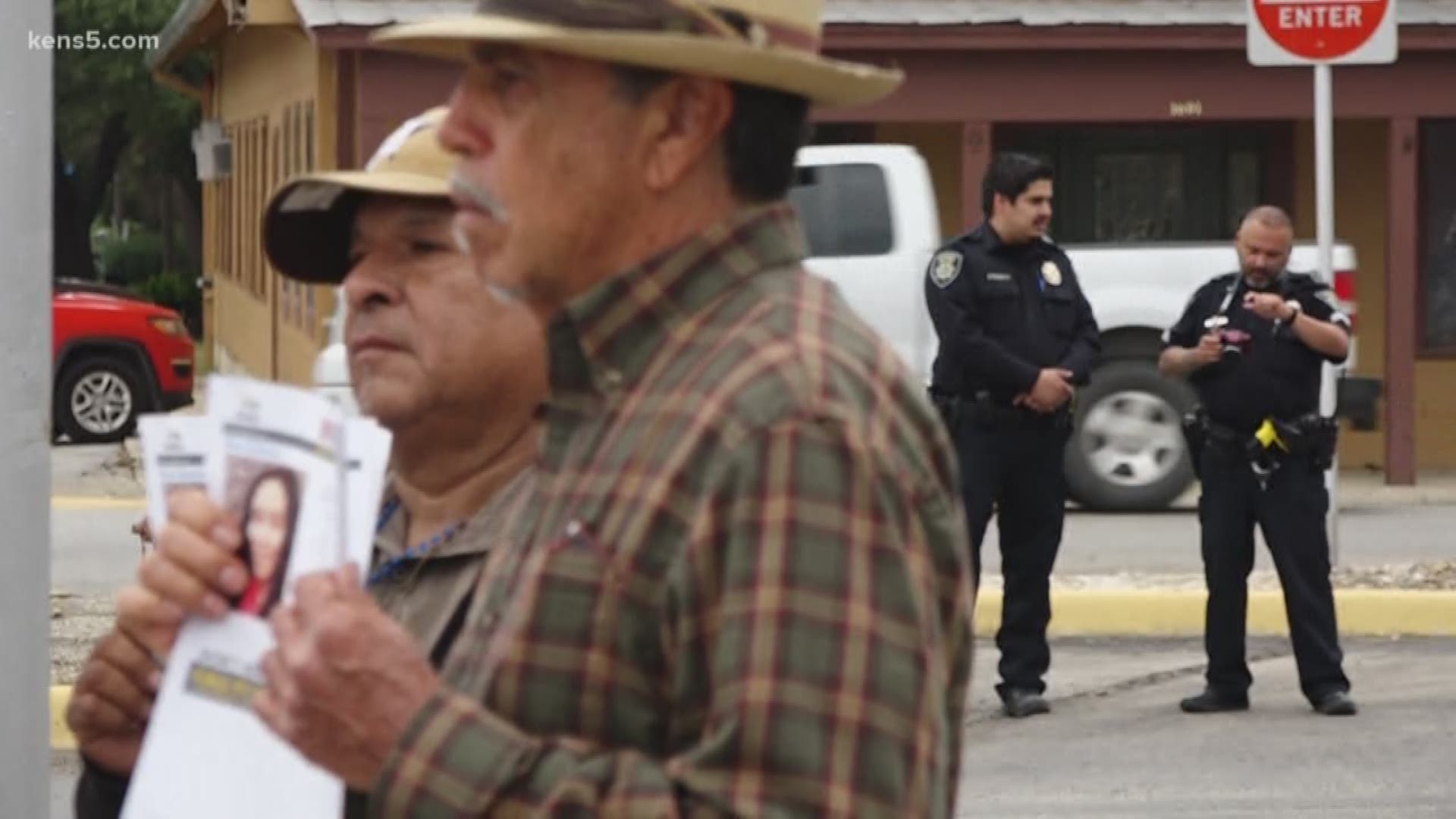 In a town known as "God's country," there's only one way to handle hardship: with a little unity.

"Would you like to pray?" a woman bellowed out to a car across the street on Thursday. "No blame. Please let's hold hands."

Just like that, a group of frustrated and concerned citizens held the hands of the officers they were demanding answers from.

"Let her know that she is loved," the woman prayed out loud. "Please, Lord Jesus, bring Eva home."

More than a month ago, Eva Garcia ran away from her Hondo home after getting into an argument with her Dad, according to authorities.  An Amber Alert was issued nearly a month later and then cancelled a couple days later, but the 14-year-old remains missing.

"We want some accountability from the public officials," Florestela Gonzales said.

She along, with a handful of others, showed up at the Hondo Police Department with questions, as police had yet to go on-camera for the more-than-month-old case.

On Thursday that changed.

While police could not say if they felt Eva is in danger, they did bring up the possibility of reissuing the Amber Alert.

"As far as reactivating the Amber Alert, we can certainly consider that if new information comes into our department," Garza said.

"That's awesome of them to consider putting it back on," Robert Garcia said.

After all, differences aside, there's one thing this group can agree on: In these situation, your faith has to be bigger than your fears.