The event was part of a national movement seeking to bring about social change when it comes to racial inequality. 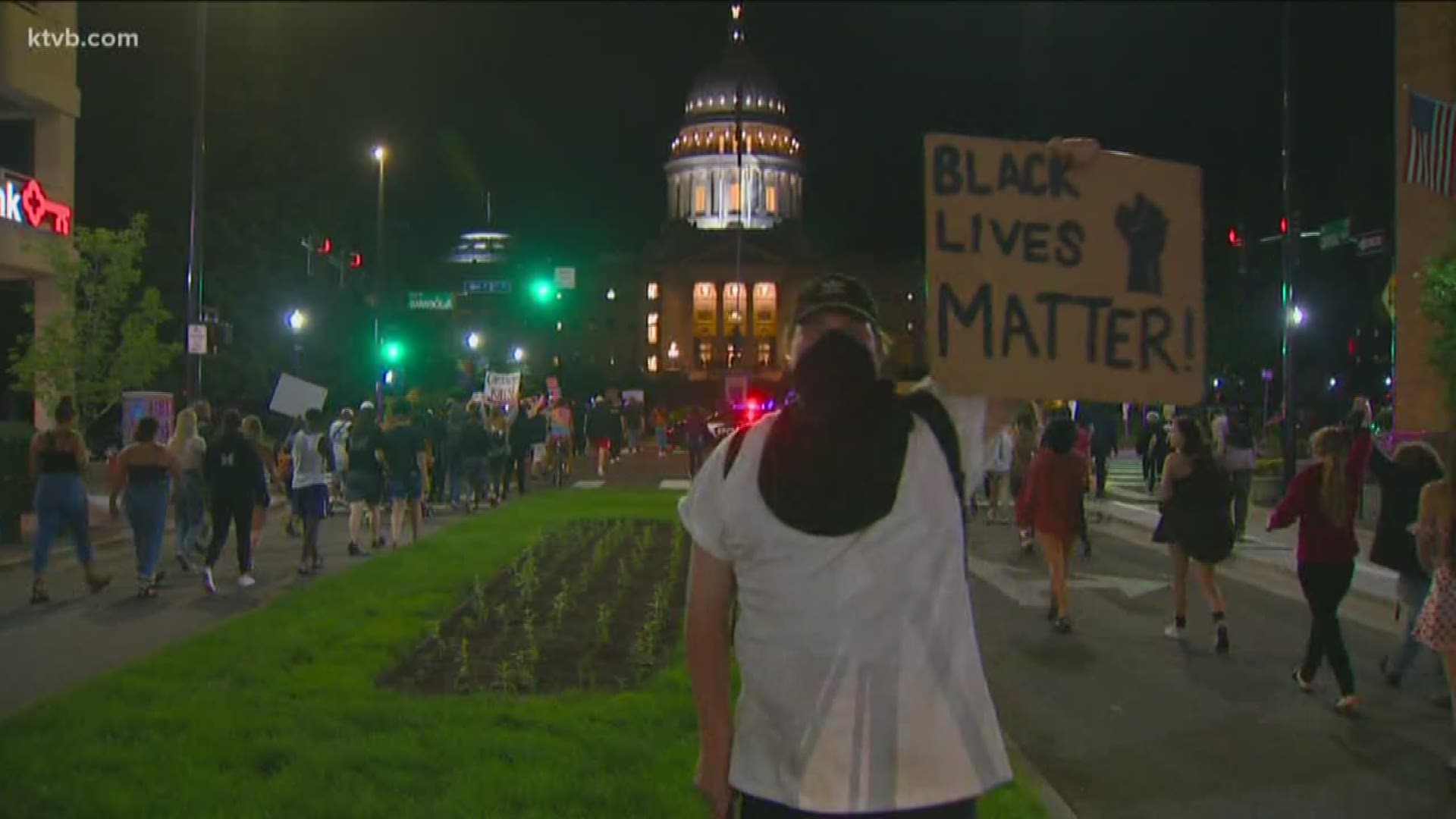 BOISE, Idaho — One day after an estimated 5,000 people gathered for a vigil in memory of George Floyd, a small crowd took to the steps of the Idaho Statehouse on Wednesday night.

Like Tuesday's vigil, Wednesday's event was peaceful. Both were in honor of Floyd, the black Minneapolis man who died last week while in police custody when an officer kneeled on his neck despite pleas from Floyd saying he couldn’t breathe.

The protests are also part of a national movement to bring about social change when it comes to racial inequality.

KTVB reporter Misty Inglet was at Wednesday's protest and said the group chanted "keep the peace," "hands up don't shoot," and "say his name: George Floyd."

Protest June 3 at the Idaho Statehouse

At about 10:30 p.m. the group walked a few blocks through downtown Boise carrying signs and chanting "Black Lives Matter," before returning to the Capitol steps. 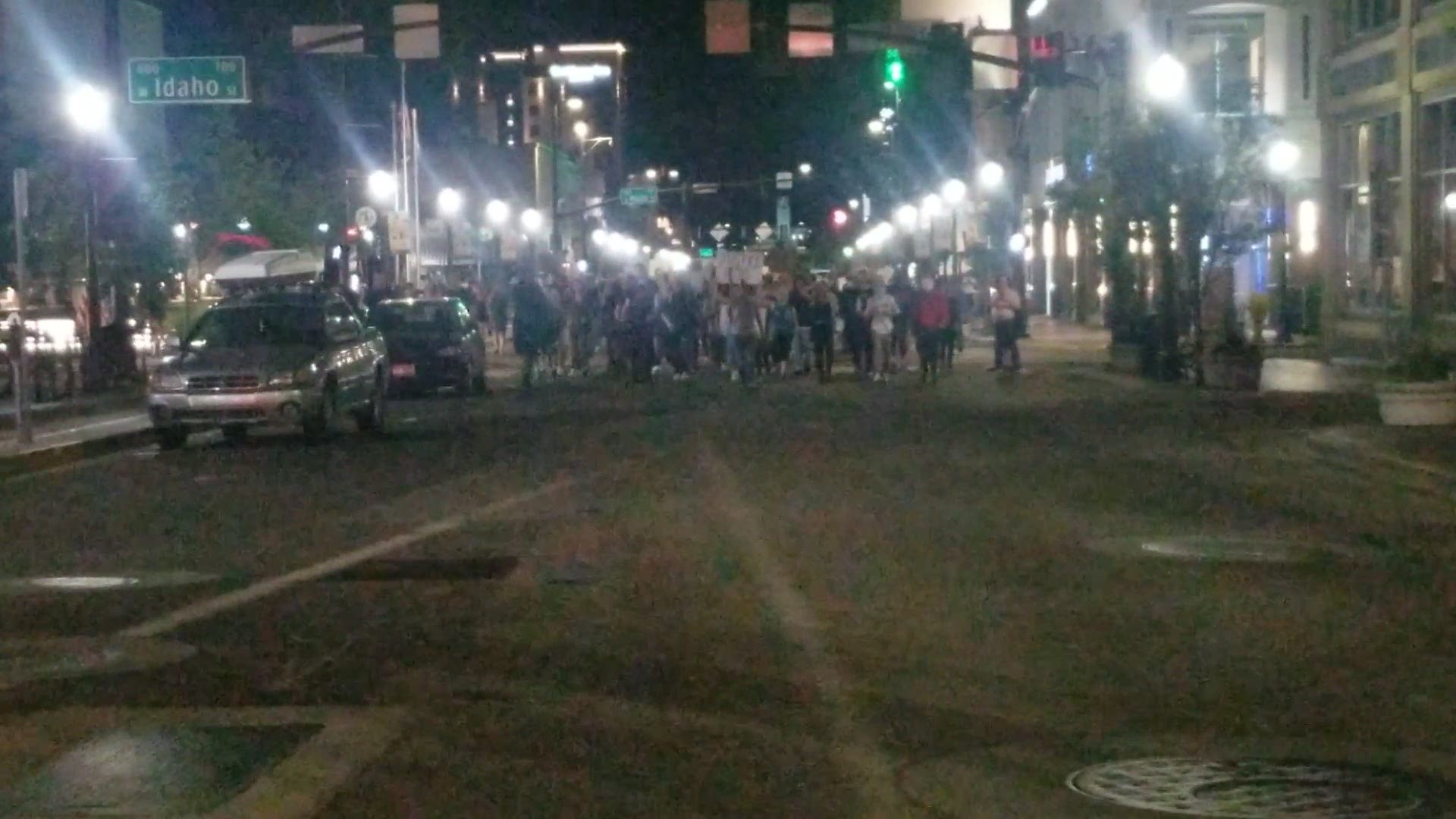 As of 11:15 p.m., many of the protesters were still standing on the steps, but the chanting had largely stopped.

RELATED: What are you willing to do to effect social change?