The propositions mandate that voters must weigh in before the city can undertake high-cost stadium or library projects. 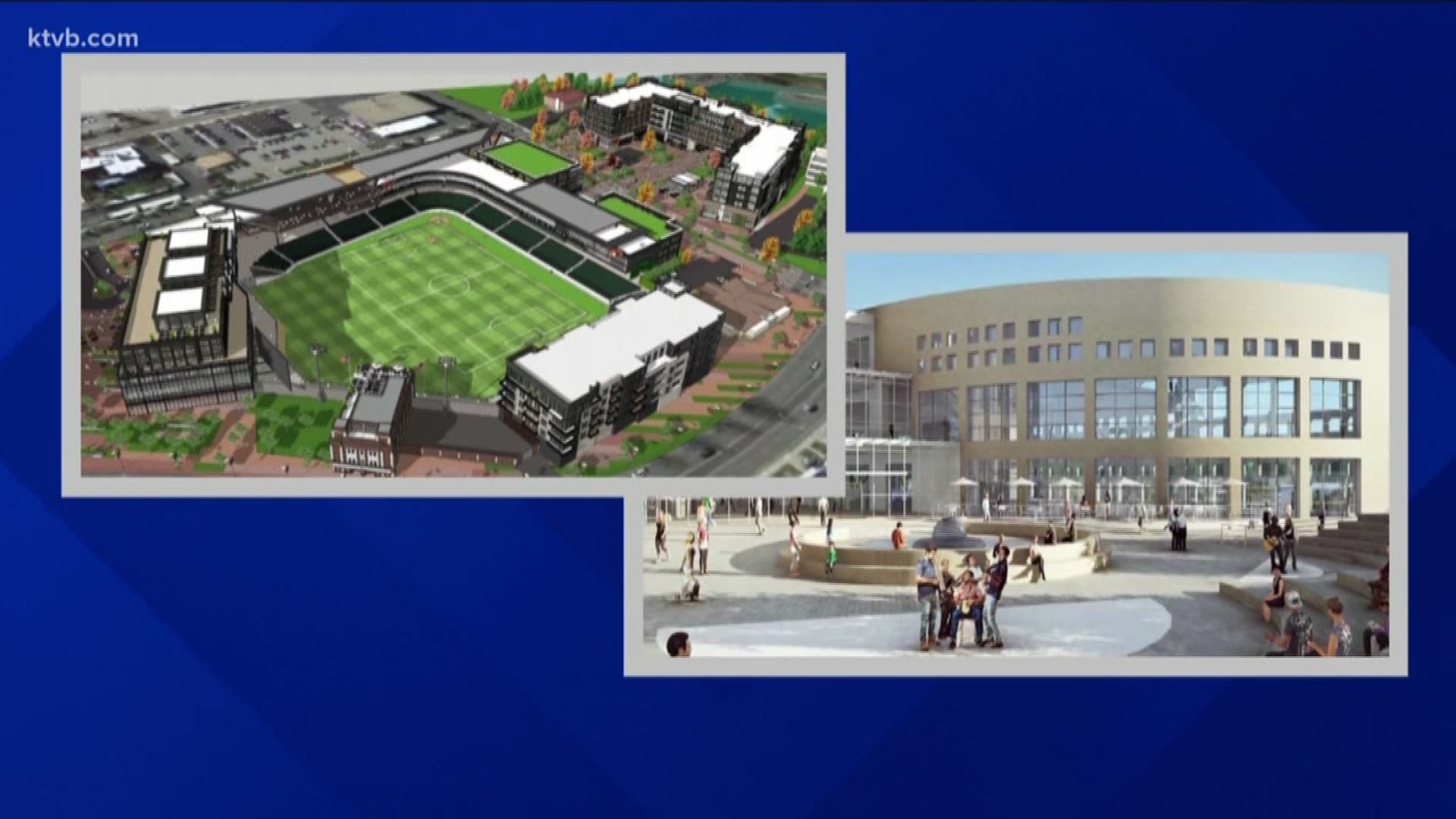 BOISE, Idaho — A pair of propositions that would mandate that voters weigh in before the City of Boise could undertake high-cost stadium or library projects have passed.

VERIFY: What voting on Propositions 1 and 2 means

Tuesday's election was not a deciding moment on whether Boise will build a new library or stadium. Rather, those who turned out to the polls were voting on whether to hold a vote in the future.

Under the language of the proposition, city leaders would have to get approval from a majority of voters for a library project that went over $25 million, and for a sports facility that cost more than $5 million.

RELATED: Boise voter pamphlet has inaccurate information due to deadline

Proposals to build a new library and stadium have been hotly contentious in Boise, and its unclear whether the city will move forward with either project.

Mayor Dave Bieter said earlier this year that Boise does not even have a full application for the sports park yet, because it's a private development.

The $85 million library project, on the other hand, was placed on hold in August after building material prices and a hot construction market pushed cost estimates $20 million over the city's budget.