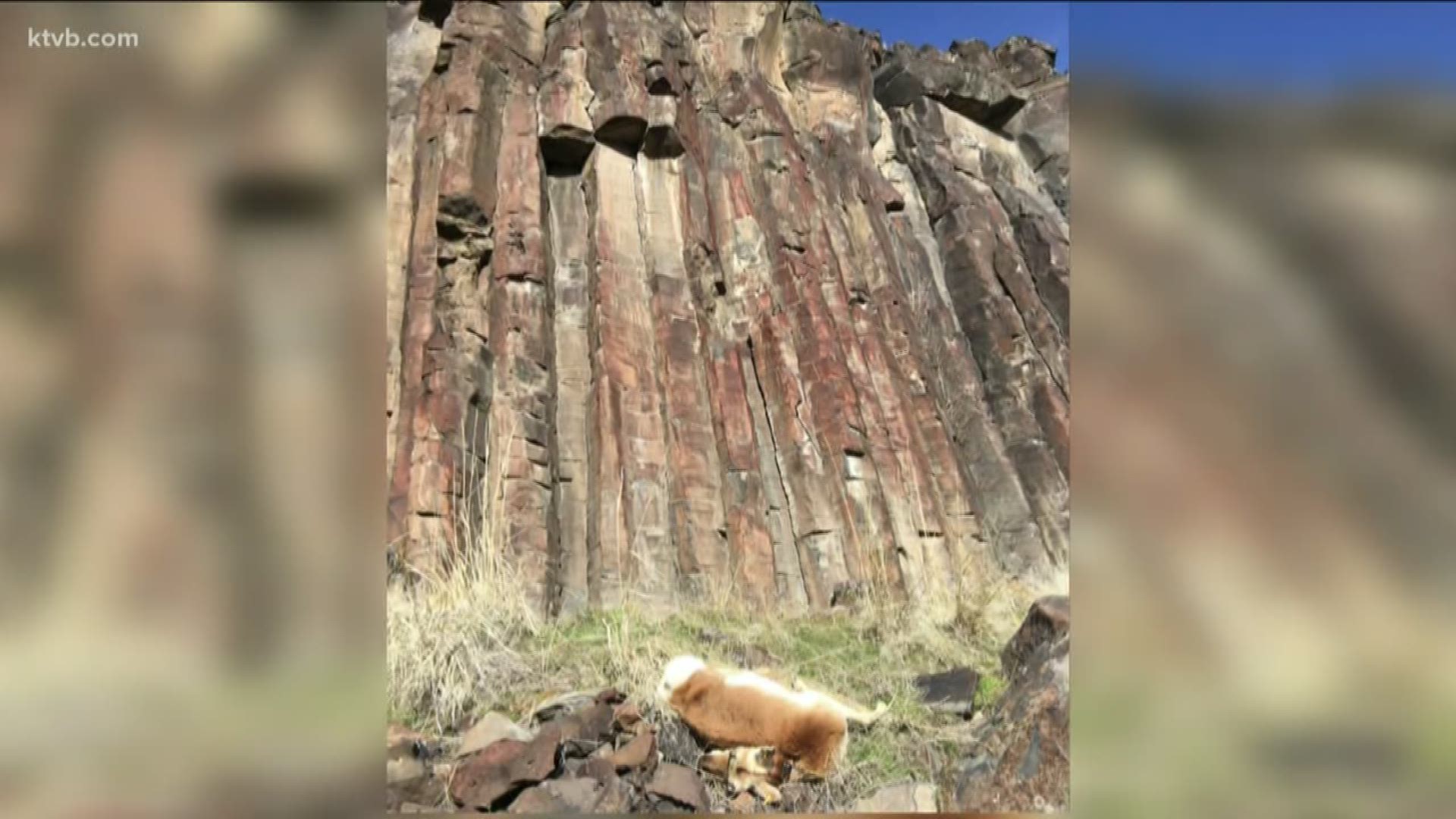 BOISE, Idaho — A doe pronghorn plunged to her death Tuesday afternoon after running full speed off a cliff near Boise, narrowly missing a group of rock climbers staging below, the Idaho Department of Fish and Game said.

The incident happened at the Hammer Flat cliffs, part of the Boise River Wildlife Management Area.

According to Fish and Game, the climbers reported hearing a "whistling sound" and were startled to look up and see the doe hurtling toward them. The animal landed within 10 feet of the climbers.

It suffered a broken neck and numerous internal injuries.

Fish and Game spokesman Evin Oneale says it's likely the doe was spooked by a dog running off-leash in the area. The wildlife management area is governed by a leash law, and for good reason.

"The area provides refuge for thousands of wintering big game animals - deer, elk and pronghorn," Oneale said in a news release. "An at-large domestic dog can cause big game animals to move, forcing them to expend precious calories in the process. In the race to outlast winter, every calorie counts, and just one unnecessary disturbance can mean the difference between life and death."

Oneale added that the doe was pregnant with twin fawns. She was collared as part of a newly-launched pronghorn project designed to learn more about the seasonal movements of pronghorn in the area.

Authorities are now urging all dog owners who recreate in the area to follow the leash rules.

"This story serves as a harsh reminder of why dogs must be leashed when visiting Boise River WMA," Oneale said.

RELATED: Harvest, hunter numbers down in Idaho for deer and elk in 2019