“As mayor, I would hope that the delay would not last more than 12 to 18 months,” Nampa Mayor Debbie Kling said. 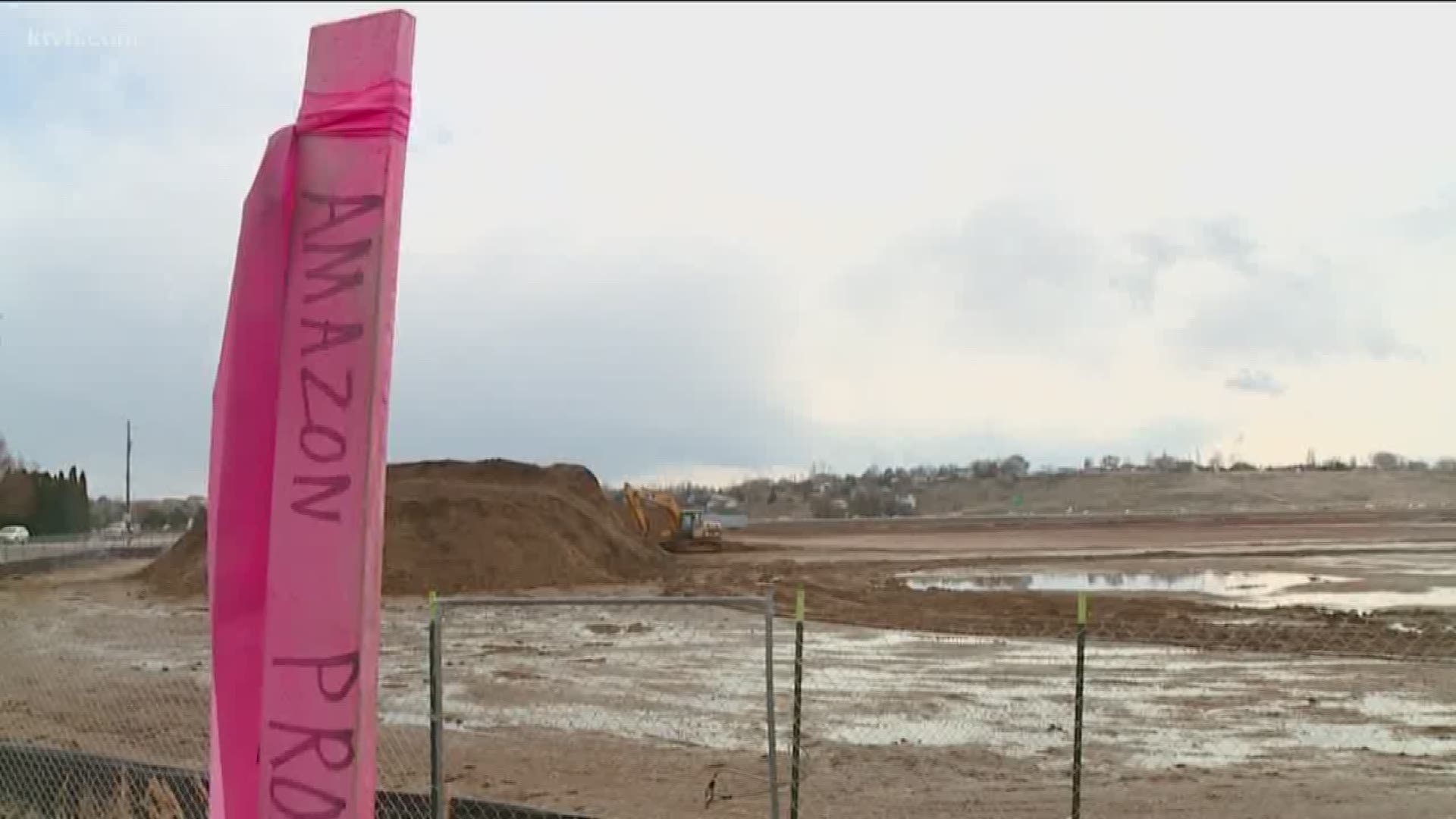 NAMPA, Idaho — The city of Nampa announced Thursday that Project Bronco has been postponed.

The major warehouse project, planned for the corner of Franklin and Star roads in Nampa, is widely believed to be a future Amazon distribution center.

Construction was supposed to start "immediately," according to Nampa Mayor Debbie Kling, but has now been delayed, possibly for several months.

Information sent by Project Bronco representatives to the City of Nampa, indicates that the only change to the plans for the project at this point is the timeline.

A statement from Project Bronco reads: “There are a variety of factors that we take into account when deciding to launch a facility – and we’ve found all of those in Nampa, Idaho and surrounding communities. The only thing that has changed with our plans is the exact timing. We are a dynamic business and it’s common for us to adjust launch timetables based on business needs. We look forward to continuing our work in the great city of Nampa, Idaho.”

Kling said the city was not given any sort of timeline of how long the project would be postponed for but, she said, “As mayor, I would hope that the delay would not last more than 12 to 18 months.”

Kling said while she cannot speak for the company, she was told the postponement was due to some holdups with Project Bronco’s research and business analysis.

It has not been officially announced who Project Bronco is, but documents obtained by KTVB in 2018 show that a developer, Panattoni, was approved for a conditional use permit to build a warehouse and distribution center in Nampa. Panattoni is known for building Amazon distribution centers around the world.

RELATED: Is an Amazon warehouse coming to Nampa?

The permit was for approximately 857,397 square feet of space. A receipt found in the application form also named the project as “PREDEV-Amazon BTS.”

KTVB walked the site of the new warehouse on East Franklin and Star Roads and saw stakes in the ground, reading “Amazon Prop. Corner.”

Credit: Troy ColsonKTVB
A stake in the ground on the construction site for "Project Bronco" in Nampa reads "Amazon."

Amazon also already has a presence in Nampa with a logistics center operated out of a temporary building off South 3rd Avenue.

Based off a traffic impact study required by the City of Nampa, Project Bronco is expected to include more than 7,000 vehicle trips and more than 350 truck trips per day as part of the distribution center.

RELATED: Idaho Life: This Nampa couple is a platinum pairing