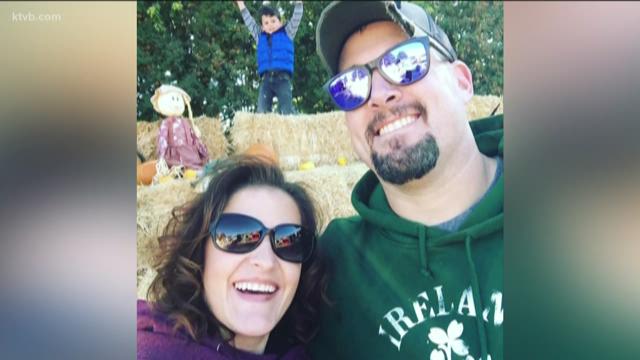 ONTARIO, Ore. — Emergency responders with Ada County Paramedics are grieving after one of their own was killed in a car crash Tuesday evening.

Kevin Luby, 42, died when his Toyota 4Runner rolled on Interstate 84 northwest of Ontario.

According to Oregon State Police, Luby's SUV drifted off the road and into the median before overturning and rolling through the eastbound lanes.

Luby was not wearing a seatbelt, investigators say. He died at the scene.

According to Ada County Paramedics, Luby had been with the agency since 2005, working as a paramedic and field training officer.

Ada County Paramedics posted on Facebook about the "profound sadness" with which Luby's colleagues had learned about his death.

Many with the agency are feeling heavy sorrow after losing someone that many considered part of their families.

"Kevin was somebody that we've all worked closely with, one time or another," Hadley Mayes, a spokesperson with the Ada County Paramedics, said.

"[Luby] would always tell it to you straight, like it was, even if you didn't necessarily want to hear it," she said. "He would go out of his way to help his colleagues and his friends and family, without being asked."

"We found out about Kevin's passing on Wednesday this week," Mayes said, holding back tears. "It was an absolute shock. We're all incredibly heartbroken."

Luby was highly regarded within the Ada County Paramedics department. He was part of multiple speciality teams, including Tactical Medical and Special Operations teams.

Losing him in an accident like this is a 'travesty' in Mayes' eyes.

"He was just not a coworker, a colleague, he was a friend, he was a family member to each of us," Mayes said.

"Luby, colleague, friend, husband, father, son, paramedic… you are, and will forever be, so incredibly missed," the agency posted. "Ada County Paramedics will not be the same without your smiling face, witty humor and caring and loving disposition."

In order to help paramedics and staff grieve, counselors will be available for everyone to talk to and process Luby's death.

The wreck remains under investigation by Oregon State Police. Texting is being investigated as a possible contributing factor to the crash, according to police.

A GoFundMe account set up to fund a memorial in Luby's honor has already surpassed its goal, raising more than $4,500 in less than a day.

"Thank you for your service and for the upstanding care you provided your patients, Ada County Paramedic wrote in a post accompanying the fundraiser. "Rest in peace now, friend."