Popular Idaho shrub can be toxic for wildlife and pets

The Idaho Department of Fish and Game is warning the public about the dangers of the Japanese yew plant. 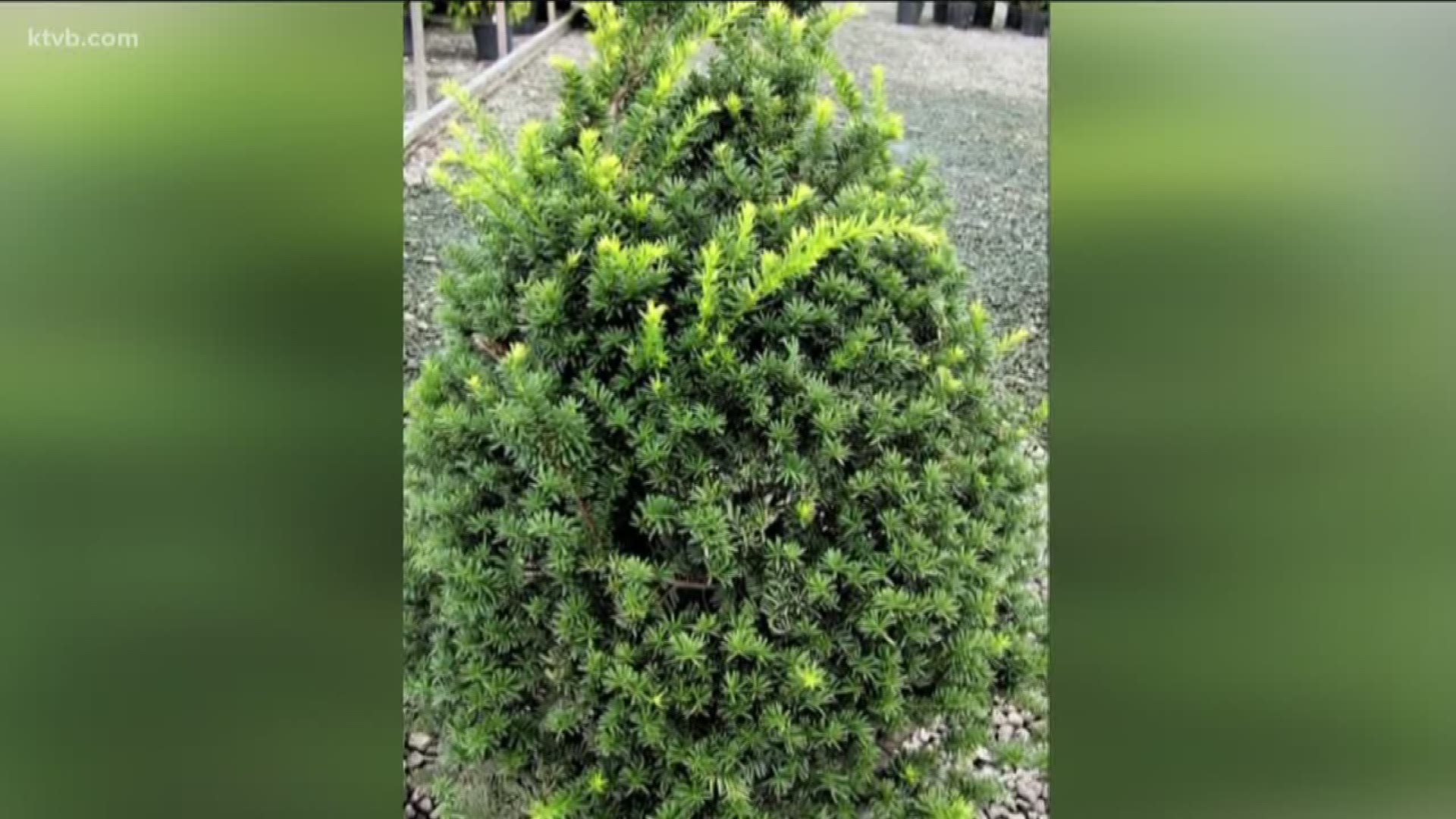 BOISE, Idaho — Two years ago seven elk died in the Table Rock area after they ate a poisonous plant.

Now that the temperatures are getting colder, wildlife will be looking for food, and the Idaho Department of Fish and Game is asking people to make sure they don't have a specific plant on their property.

"Unless you are really looking for it, you wouldn't notice it,” said Idaho Fish and Game public information supervisor Roger Phillips. “You might walk by it every day and not even know that it is a potential threat to wildlife."

The Japanese yew plant is a popular evergreen, commonly used for landscaping. While its green appearance looks good year round, Idaho Fish and Game is warning of its potential dangers to animals.

"It doesn't take much, a couple of handfuls, from what I understand, will kill a full-grown deer," Phillips said.

But it's not just deer. The yew shrub or tree is deadly to several species of Idaho wildlife and pets.

A similar incident happened back in January 2017 in the Payette area.

"We had a bunch of pronghorns that normally didn't winter in that area that actually crossed the Snake River when it was frozen and we lost 50 in one herd," Phillips said.

The cold weather is a reminder of how dangerous the plant is every year.

"It is an evergreen and so when an animal comes down and is looking for something to eat, it’s a natural attractant for them rather than a bare shrub with just branches," Phillips said.

Officials hope people across the state will take a quick look at their plant inventory, and get rid of any yew brush or trees.

"There's other things that they could plant if they want a nice evergreen, it’s strictly voluntary, but it would be nice if people planted things that are a little more wildlife friendly," Phillips said.

Fish and Game knows that not everyone has the resources to immediately get rid of any Japanese yew plants you may have in your yard, so they are offering this advice to those looking for a quick fix.

"You could probably put an industrial-size garbage bag over it, and that would probably be a good interim stop measure," Phillips said.

If you have questions about identifying poisonous plants, Idaho Fish and Game has a full explanation plus alternatives that you can plant instead.