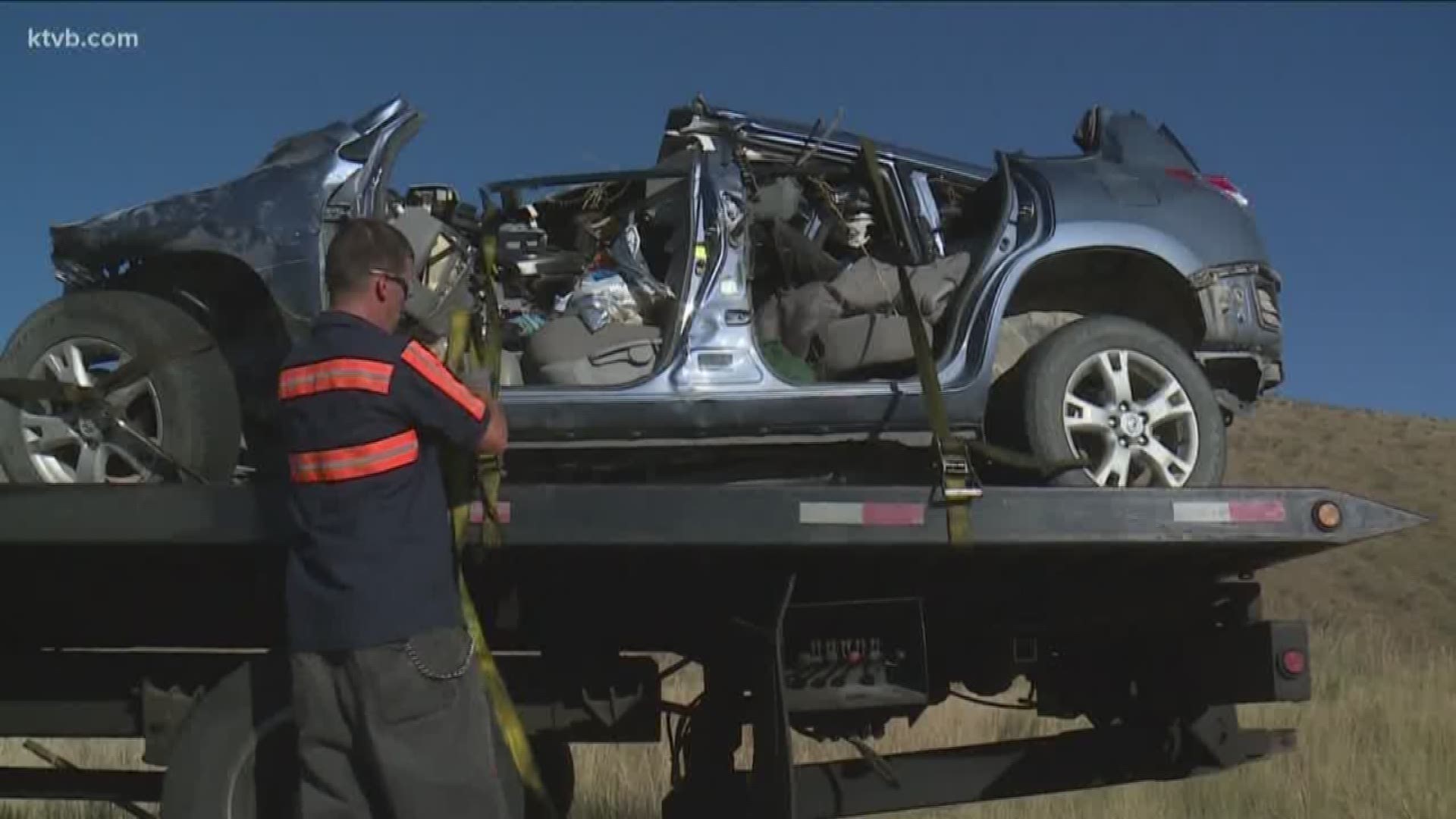 Investigators say 51 year-old Jerry Neher, of Nampa, was traveling south on Highway 21 in a Chevy Trailblazer.

The crash killed the driver of the Toyota, 67 year-old Peter Tanorikiho, and his passenger 60 year-old Lelelewa Tanorikiho, both of Boise.

Neher's was taken to St. Alphonsus Regional Medical Center in Boise for treatment of serious injuries.  He succumbed to his injuries at the hospital.

The crash happened at about 3:20 p.m., according to Ada County Dispatch.

The crash blocked both lanes of Highway 21 for about three hours.

"I just ran into town real quick to grab some ice cream for my wife on a hot day and started making the trip back home and saw the accident about a half-mile ahead of me," Larry Lansdowne, who was caught in the traffic, said."Firetrucks were already in route, there was fire coming from the vehicles."