A KTVB employee was inside the mall's food court when an announcement was made over the P.A. system ordering everyone in the building to evacuate. 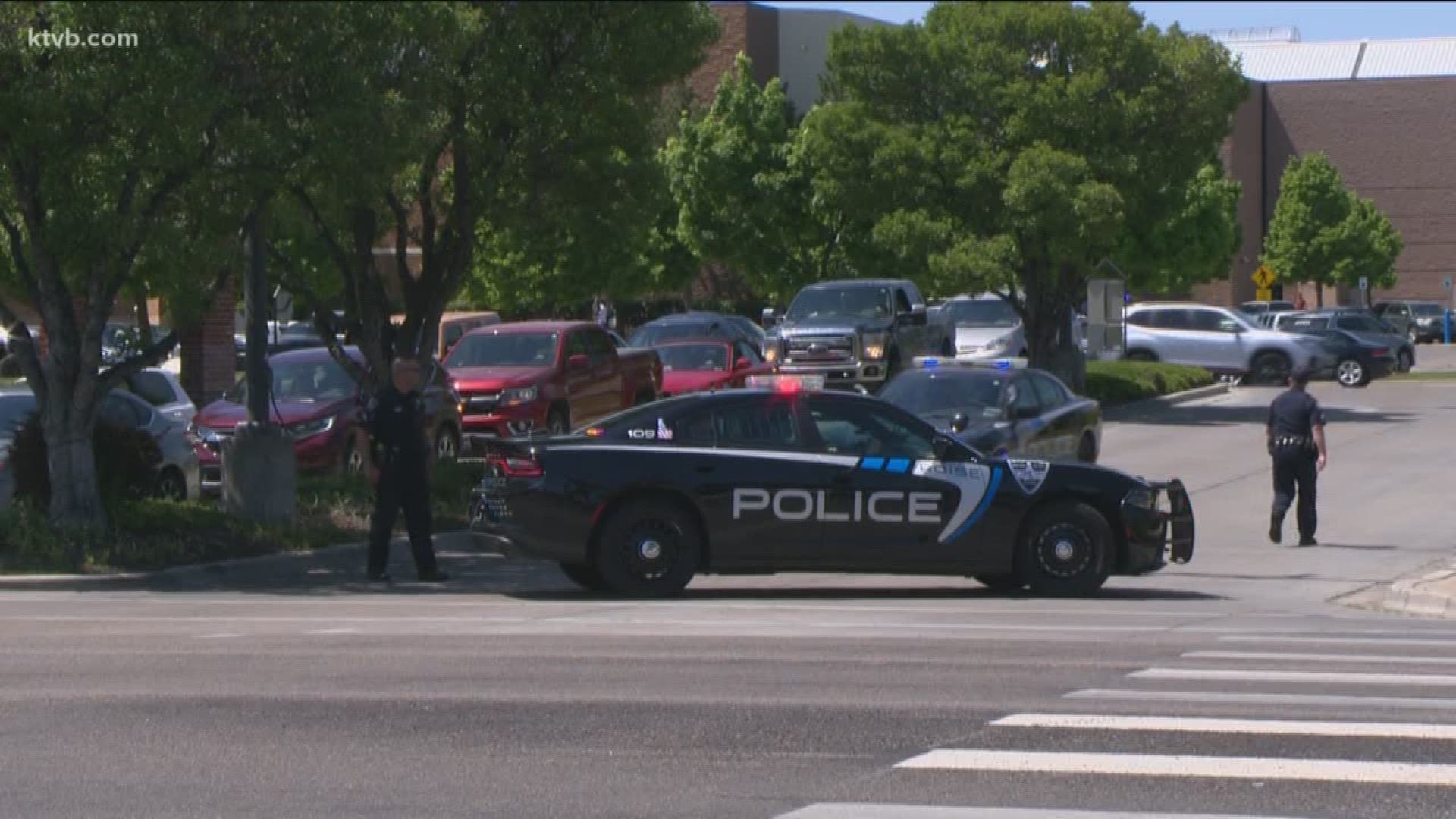 BOISE, Idaho — A man wearing a vest with visible wires sticking out of it sparked chaos and an evacuation of the Boise Towne Square Mall Friday afternoon.

Boise Police say they received multiple calls about the man wearing "suspicious gear and clothing." At least one person told dispatchers the man "looked like a suicide bomber," according to police.

A KTVB employee was inside the mall's food court when an announcement was made over the P.A. system ordering everyone in the building to evacuate shortly before 1 p.m. A SWAT team and other officers then swarmed into the food court and apprehended the man, the employee said.

Boise Police Watch Commander Patrick Avella said the suspect was wearing an all-white suit that appeared to have wires hanging out from underneath it. When officers approached him and asked him to open up his suit jacket, he did so, Avella said, revealing the camouflage military-style load-bearing vest he was wearing beneath his suit jacket, with wires sticking out from the vest.

The wires were later determined to be cell phone chargers, police say.

WATCH BELOW: Boise Police hold a press conference for the ongoing situation at the Boise Towne Square Mall

The entire mall was evacuated, with officers going into each of the stores in the mall, telling shoppers and employees to leave.

"To my knowledge, the mall has never been evacuated to this scale," Avella said.

No one was injured, police say.

At 1:21 p.m., police said the scene is safe and the mall would be reopened.

The man with the vest and another person who was with him were not arrested and will not be charged with any crimes, Avella said. Both have been released.

Avella said that even though the situation turned out to be "a non-issue," onlookers reacted correctly by alerting police when they saw something suspicious.

"That's not something you would see the average person wearing," he said. "It's not fashionable whatsoever."

The man did not appear to have been trying drawing attention to himself or frighten other shoppers with his outfit, the watch commander added.