Will Gustafson says he is still figuring things out, but there will need to be some changes to the golf course and its facilities. 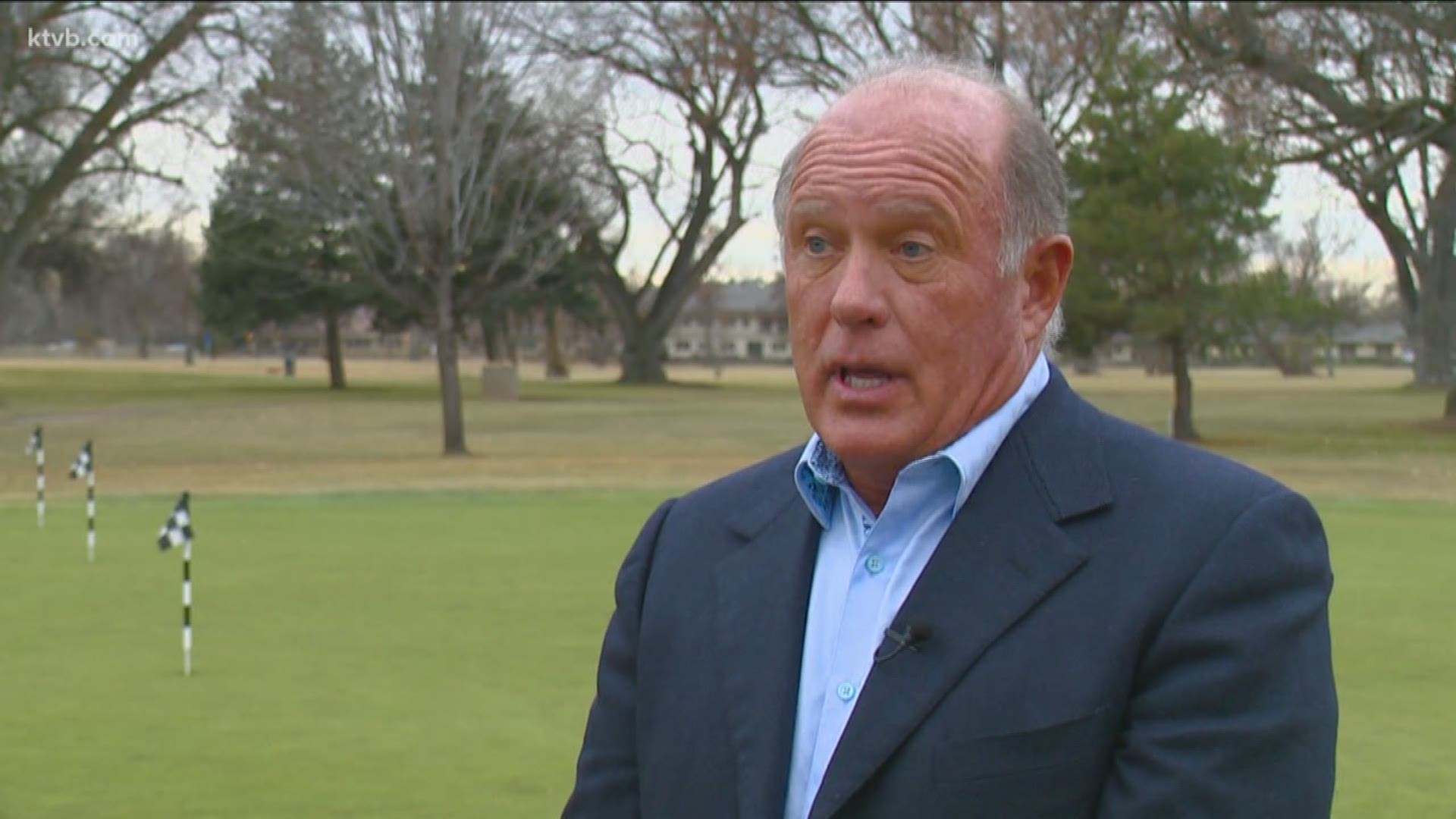 The Plantation Country Club was purchased in December by a California-based developer. Since the sale, there have been rumors about what will become of the historic property.

"It's unfortunate, but we understand that," said Will Gustafson, who is the new owner. "We were bound by a confidentiality agreement so we couldn't say anything until now. Our first task is to get the messaging out there that's transparent that all the shareholders in the community, the members, contiguous property owners, can participate in and be collaborative and not be divisive, that's the goal."

Gustafson says the plans for the property are still in the works, but he says there will be some development to pay for improvements. He has hired Boise-based Bob Taunton as the project manager to help figure out what the development will be.

He says big changes won't happen for a couple of years. That's when the State Street widening project will take a chunk of the property, including the 10th hole.

"We'll lose full access to Plantation Drive which is the main access to the club and adjacent residential areas," Taunton said. "At that point we're going to have to create a new entry off the re-configured Pierce Park intersection that ACHD will construct. That would be the first time there would be any kind of activity out here, except that we will also be working on the golf course to re-configure it."

Taunton and Gustafson say they're looking forward to making improvements to Plantation Country Club and keeping everyone in the loop.

"We're looking to this process, we really are, just clearing the air and dispelling all these rumors and all these fears," Gustafson said. "Let's be collaborative and not be divisive and work together and create a new Plantation that is better than what it is today."

Gustafson has been meeting with Garden City officials the last couple of days. Mayor John Evans says he is optimistic about the new ownership and the project manager, who has a good reputation in our community.

Members out golfing on a mild January day say they're still apprehensive with all the unknowns. The Plantation Country Club is an important part of their lives and they don't want to see negative changes.

Gustafson says he will work to over communicate to help put fears at ease.