Planning for the future: Trade school or college degree?

Planning for the future: Trade school or college degree? 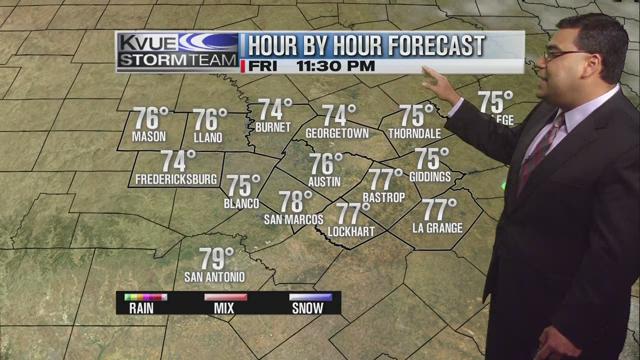 BOISE -- It's a debate that has sparked discussion across the country: what's the value of a college degree and should more high school students consider heading to trade school to find a job?

Experts say there's no right or wrong answer, but it pays to do some research to see what industries are growing and the education needed to get a job in growing fields.

Eric Westfall is in his second and final year at the College of Western Idaho. He's in the welding program and hopes to find work in that field after graduation in May.

I was in the Marines and I was a mechanic and I just liked turning wrenches and using my hands a lot more, said Westfall.

He's a non-traditional student at 31-years-old. From Oregon, Westfall told us he chose welding because he enjoys the work and knows skilled welders are in demand across the country.

There are always jobs for welders. There's actually going to be a shortage coming up here in a couple years, he said.

Meanwhile, Austin Floge is finishing up her fourth and final year at Boise State University. An accounting major, Floge already has a job lined up after she graduates next year.

The more I got into the program the more I realized what I would really like to do which was public accounting, said Floge.

Floge is hoping her focus on accounting will pay off in the long run. The 21-year-old has spent the last four years learning and growing in Boise, preparing for a career.

I knew that a four year university would help me be there, added Floge.

Both students also planned ahead to help pay for the high cost of higher education. Westfall is paying for school using GI Bill benefits he earned by serving in the Marines, while Floge has earned multiple scholarships to help cover the cost of tuition at Boise State.

Researchers at the Idaho Department of Labor spend a lot of time breaking down numbers to find out where the hot jobs are and how education level factors in.

Any kind of education or training is going to help you excel, said Bob Uhlenkott, chief research officer for the Idaho Department of Labor.

Because of competition, the more education a student completes after high school, the better off they'll be finding a job and moving up the pay scale.

There's risk involved when making any investment, including paying for post-secondary education. A college degree can cost hundreds of thousands of dollars after factoring in living expenses and interest.

But obtaining a bachelor s degree or higher can lead to a larger long-term payoff.

A bachelors, masters or PhD obviously has the longer term return on investment and the biggest amount of return.

For example, a bachelor's degree, on average, costs $127,000. According to the Idaho Department of Labor, the average return on investment is about $9 for every $1 spent. Another way to look at it: a person who invests in a bachelor's degree will most likely make more than $1.1 million dollars over their lifetime.

That number is determined by adding average lifetime income to what a person would have made with just a high school diploma.

In contrast, the average cost for a two-year or trade school education is about $33,000. However, Uhlenkott pointed out the return on investment is better. For every $1 spent on this type of education, the student is predicted to get $12 dollars back.

The quickest return is the shorter education that has the high return on investment, pointing out one of the benefits of an associate's degree or trade school program that usually lasts two years.

But unlike a four-year degree, a student with this level of education will on average make less in the long run. The Idaho Department of labor predicts life-time earnings will be around $393,000.

Uhlenkott told us it's important that students plan ahead before picking a post-secondary education track. Although the numbers show a four-year degree will help students stay employed, the college route isn't always the best fit for students.

For example, Idaho Department of Labor statistics show middle-skills jobs, ones that don't require a four-year-degree, are growing the fastest in the Gem State.

Training is huge, added Uhlenkott. He also pointed out being strategic and doing some homework can mean the difference in preparing yourself for a lasting and profitable career.

He said Eric Westfall and Austin Floge are both headed in the right direction.

If you're going to invest a couple hundred thousand dollars in borrowing for college you better kind of know it's going to pay off, said Uhlenkott. And an accounting degree will, according to the Department of Labor.

Uhlenkott told us in Idaho, accountants can work in several different fields and there are around 150 openings a year in those occupations. The pay range can average anywhere from $15 to $60 an hour based on experience.

Welding is also a growing industry, something Westfall told us he considered before enrolling at the College of Western Idaho.

Uhlenkott said there are at least 50 openings a year in Idaho for trained welders. Those jobs pay $12 to $21 an hour based on experience, training, and location.

Uhlenkott told us a great resource to find more information on growing industries and the education level needed to get a high-paying job is the Idaho Career Information System. With a little planning, he said you can increase your odds for a better return on investment.

For example, skilled workers are always in demand in health care and technology.

You can check out Idaho's Career Information System by clicking here. You can use the resource to research colleges, fields of study and occupations.