A search began after the plane went missing Monday afternoon. Hours later, the pilot and passenger were found. 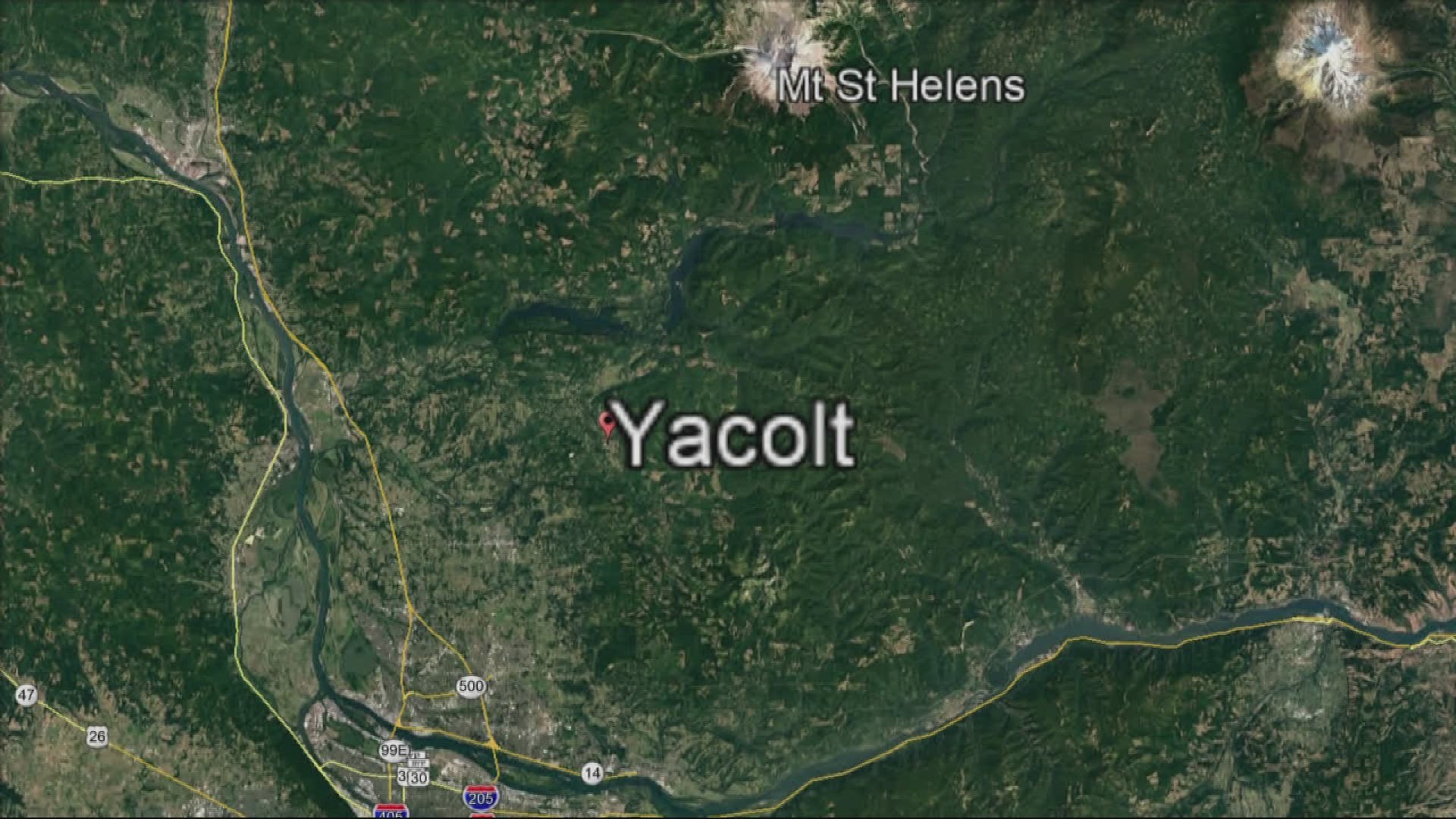 YACOLT, Wash. — A pilot and passenger aboard a single-engine plane that crashed in rural Southwest Washington Monday afternoon were rescued hours later at night. The Washington State Department of Transportation (WSDOT) said the two people, whose identities were not released, were able to walk to a rescue helicopter. They only had minor injuries.

The two were spotted around 9:30 p.m. near Jack Mountain, a peak east of Yacolt, Washington, by a Navy search crew in a helicopter out of the Whidbey Island Naval Air Station, WSDOT said. The Navy crew was able to load the pilot and passenger into the helicopter and fly them to the Yacolt Primary School parking lot for medical examination.

The pilot and passenger were taken to the North County EMS station in Yacolt and treated for minor injuries. They were then taken by Clark County deputies to the West Precinct Office where they were picked up by family.

A search began after the pilot Monday afternoon reported the plane engine was running rough and descending through clouds, unable to maintain altitude, according to WSDOT. The pilot was last heard from at 3:47 p.m. The plane's radar was last picked up in forest land near Yacolt, a small town northeast of Vancouver and south of Mount St. Helens.

There was no emergency beacon being picked up, WSDOT said, but the last known radar point is where crews began the search. The Clark County Sheriff’s Office assisted with the search on the ground, while the Navy crew surveyed the area from above.

The plane, which is registered out of Vashon Island, was heading from Bend, Oregon, to the Tacoma Narrows Airport near Gig Harbor, Washington. No other details about the crash have been released.

The National Transportation Safety Board will investigate the cause of the crash.