The Cessna 182 crashed in a remote mountainous area south of Smiths Ferry. The pilot died at the scene. 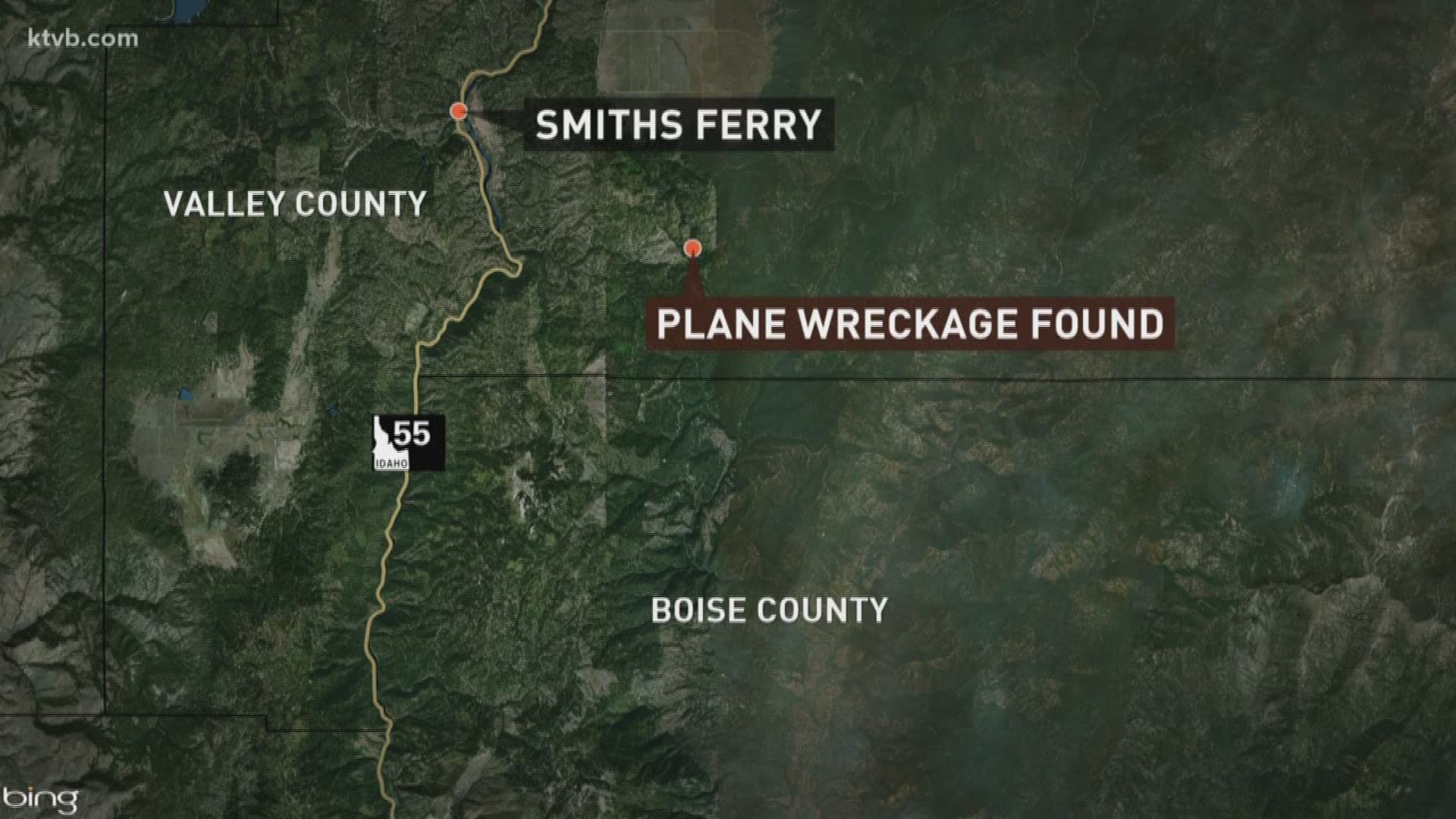 BOISE -- The wreckage of a small plane that went missing on a flight from Boise to McCall has been found, according to the Valley County Sheriff's Office. The plane was located in a remote mountainous area south of Smiths Ferry, and it has been confirmed by detectives that the pilot died in the crash.

The pilot has been identified as 34-year-old Nolan W. Smith of Boise. He was the only person on the plane. The body has been retrieved from the crash site.

Authorities say the four-seat Cessna 182 left Boise around 12:30 p.m. Sunday but did not arrive in McCall as scheduled.

1 / 4
Valley County Sheriff's Office
The wreckage of the Cessna 182 was found in a remote mountainous area south of Smiths Ferry, Idaho. The pilot died at the scene.

The flight path between the two cities has been searched by both radar and cell phone. No flight plan was filed, making it more difficult for crews to narrow the search area.

Investigators with the NTSB and the FAA will now take over the scene and investigate the crash.