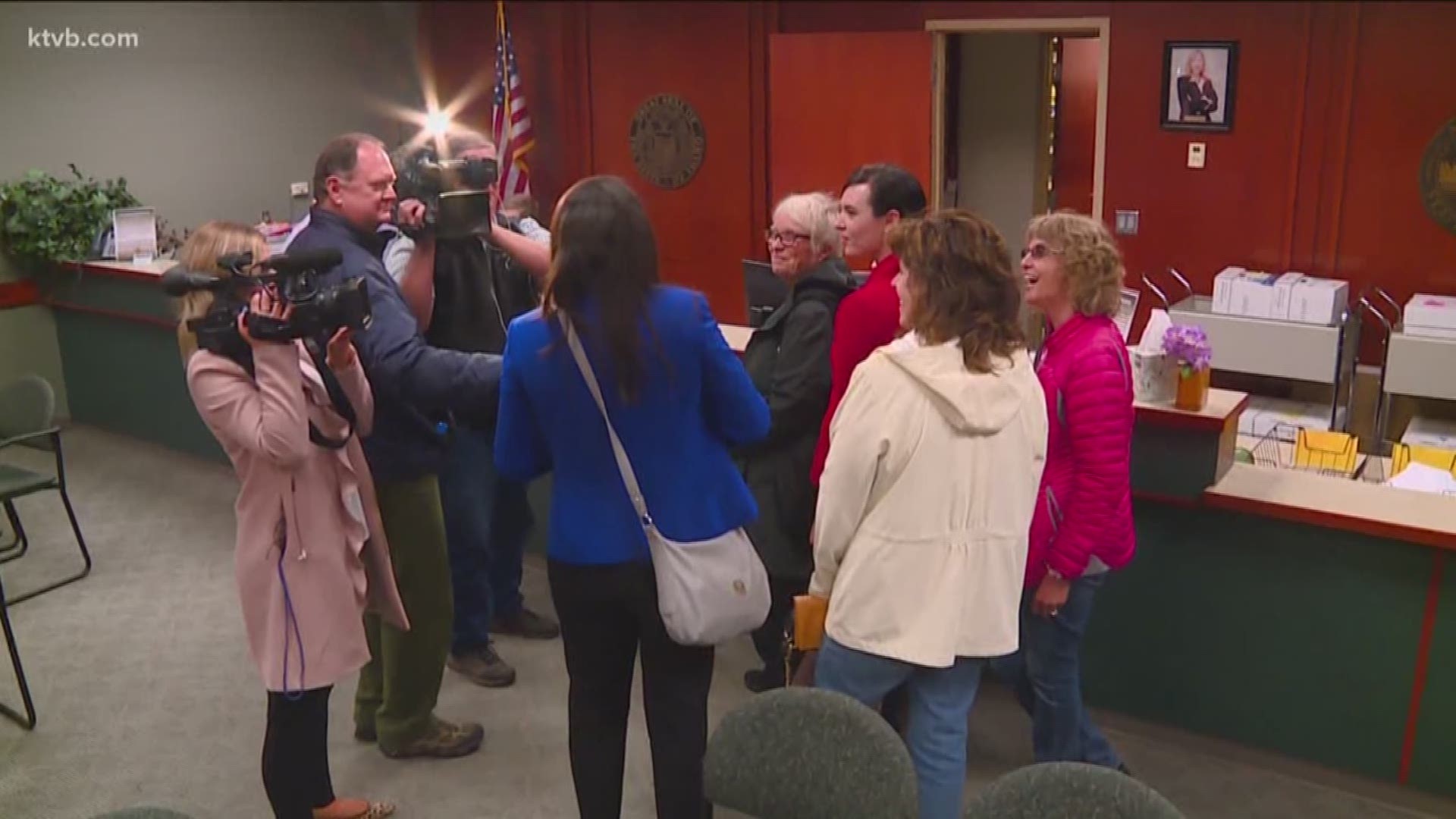 BOISE, Idaho — Two Idaho legislators are among those urging the Ada County prosecutor to drop charges against three truck drivers who are being prosecuted for driving industrial hemp across Idaho.

Representatives Ilana Rubel, a Boise Democrat, and Dorothy Moon, a Stanley Republican, submitted a petition with almost 13,000 signatures Tuesday afternoon at the courthouse in Boise.

That petition is not legally binding, but Rubel says those who signed believe it's important that people make their views known about what's done in the public's name, with public money.

"I think we all agree that Idaho is on the brink of committing a serious injustice, and we want to do everything in our power to avoid that from happening. The only person right now who has the power to fix it is Prosecutor Jan Bennetts," said Rubel.

"These guys are not lawyers. they're truck drivers. I know a lot of people have said 'well, they need to know all the laws.' Well, when every state around us is not treating hemp as a drug off of Schedule 1, maybe we need to really look at our situation and change it," said Moon

Moon says 15 state lawmakers agree that the truck drivers should not be prosecuted for transporting hemp.

There was a proposal earlier this year to change Idaho law to conform to federal hemp legislation. It did not pass.

On Wednesday, the Director of the Idaho State Police and Ada County Prosecutor issued a lengthy joint statement in response to the petition drive. Here is that statement in its entirety:

The Idaho State Police, Ada County Prosecutor's Office and our law enforcement partners work diligently each day to handle each case in an ethical and appropriate manner. We will always listen to the concerns of citizens and those interested in the outcome of cases.

Those who signed the petition that has recently circulated and citizens interested in the outcome of those recently publicized cases can be assured that we are listening and have heard your concerns.

The Ada County Prosecutor's Office is prohibited from negotiating the resolution of cases through the media, or with others who do not legally represent the parties. The case investigated and submitted to our office, by the Boise Police Department, following the arrests of two defendants occurred over a year ago and prior to the passage of the 2018 Farm Bill.  These two defendants are out of custody, represented by counsel and pending sentencing on reduced charges.  The case investigated by the Idaho State Police in January 2019 is pending and our ability to comment is limited.  The defendant is out of custody and represented by counsel.

The 2018 Farm Bill's intent of allowing the interstate transportation of hemp will only be realized once there is a regulatory system in place.  As of this date, that system has not been developed in any state - including Idaho - and is therefore not currently in effect.  As a consequence, hemp is not legal in Idaho.

We understand the desire to provide a legal pathway for an alternative crop for Idaho's farmers and for those who transport it across state lines.  We are currently conducting research and working to develop a solution.  We continue to be committed, as we have been, to establishing a legal framework to provide a solution to this issue going forward.  Those of us who enforce Idaho's laws are bound by the laws which currently exist, not those which may exist at some future date.